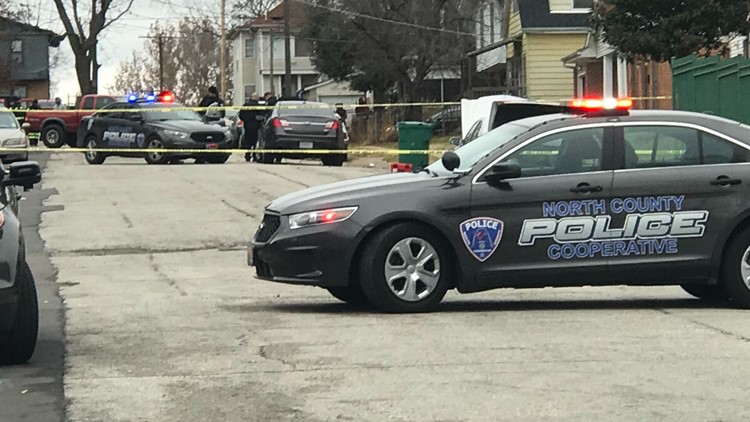 WELLSTON, Mo. — Police are investigating after a man was shot in Wellston Monday morning.

Officers responded to the 1500 block of Wellston Place around 10:15 a.m. where a man was found shot. He was brought to a hospital where he died. He's been identified as 64-year-old Wendell Wright.

Shortly after the shooting, police tried to pull over a silver BMW, but it fled from them. Around 9 p.m., police saw the same car and the occupants got out of the car and tried to run. Police took two people into custody who they consider persons of interest.

The Major Case Squad of Greater St. Louis is assisting with the investigation.

RELATED: Suspect charged in Spanish Lake homicide turns self in