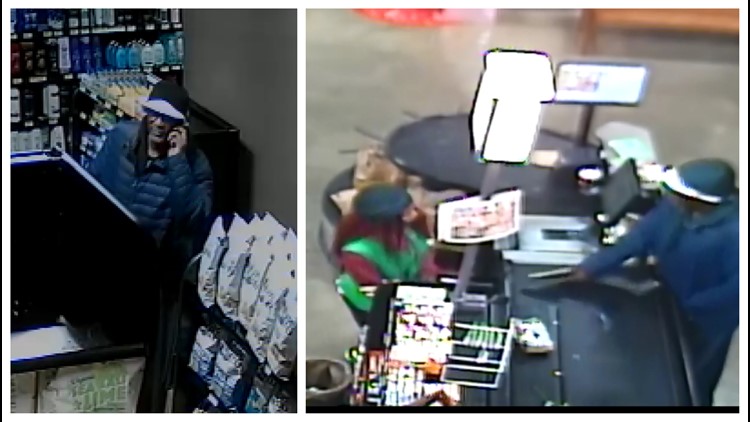 Officers received a call at 7:52 p.m. Nov. 23 for a ‘hold up’ at the Fields Foods location on Washington Avenue. The cashier told police it all started as a normal transaction.

The man walked into the store, grabbed a bag of chips and went up to the register. When the cashier was finishing the transaction, the thief suddenly pulled out a gun and demanded money. After getting the cash, he ran off, according to police. They’re still searching for him.

A week after the crime, police released security images showing the crime. Anyone with information is asked to call CrimeStoppers at 866-371-8477.