Shortly after the shooting, officers tried to pull over a vehicle believed to be involved. The driver refused to stop, prompting a chase 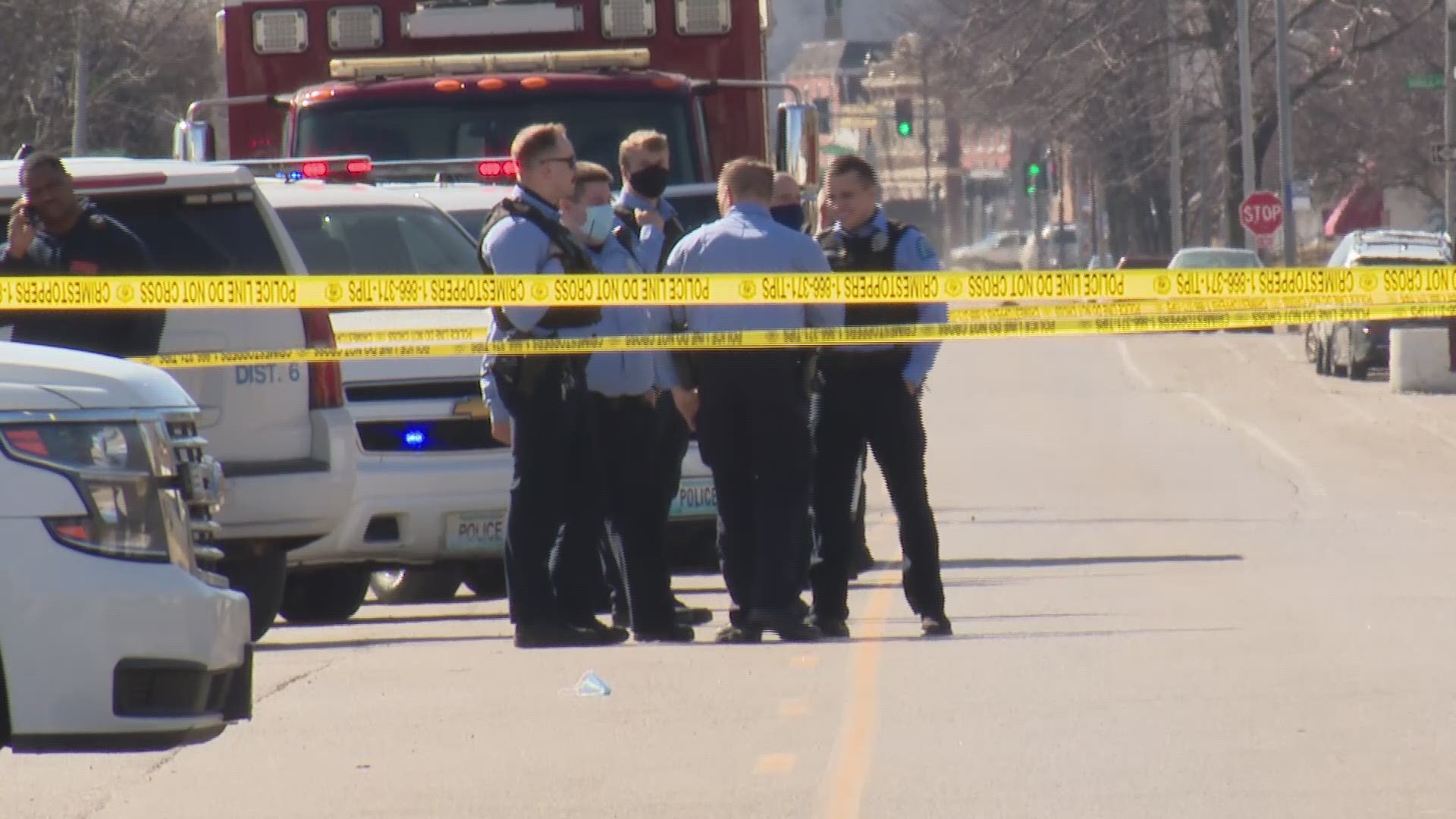 Officers first responded to a report of a shooting shortly after 10 a.m. in the 8700 block of North Broadway, which is in the Baden neighborhood. They arrived to find a man with gunshot wounds. He was pronounced dead at the scene, St. Louis police confirmed.

The view from a 5 On Your Side photojournalist at the scene showed police tape and vehicles blocked off a section of North Broadway. The victim was found outside on the pavement, according to police.

The victim was identified Friday as Leshaun Benson, a 29-year-old man from St. Louis.

While responding to the shooting, officers noticed a vehicle speeding away from the scene. They tried to pull over the vehicle, but the driver refused to stop, prompting a chase through parts of St. Louis and St. Louis County. Police used a tire deflation device to disable the vehicle near Kingshighway and Page boulevards. The device worked but the suspects got out of the car and ran off near Page Boulevard and Cora Avenue.

According to 5 On Your Side’s internal records, the Wednesday morning shooting marks the 100th shooting in the city so far in 2021.

Better Family Life is a nonprofit community development organization working to “stabilize inner city neighborhoods.” One aspect of its mission is a gun violence de-escalation program.