The officer said the man had his hand in his pocket when he suddenly fell to the ground, and that's when he pulled out a gun and pointed it at the officer. 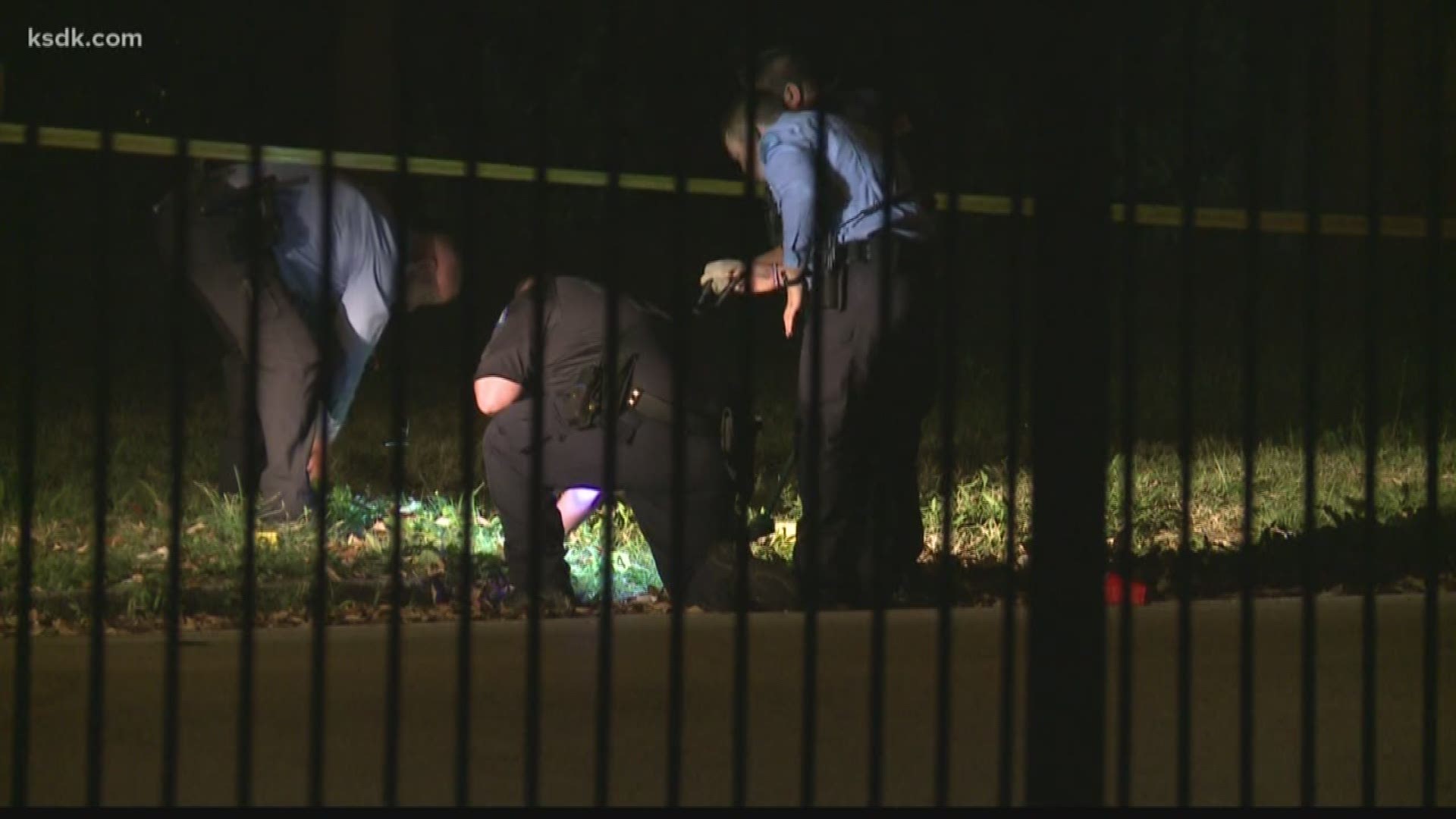 It happened near 13th and Clinton in the Old North St. Louis neighborhood, but it started shortly after 5 a.m. about a half-mile away near N. Florissant Avenue and St. Louis Avenue.

Chief Hayden said two officers tried to pull over a man for a traffic violation. According to a police update Monday morning, the violation was for some kind of equipment issue on the man's Nissan Altima. The officers were in uniform and in a marked vehicle, police added.

Hayden said the driver refused to pull over and sped off, which led to a short chase. Eventually, the car ran over a couple metal pole barriers, drove into the Bristol Place Apartment complex and hit a parked car. The officers said the man got out of his car and ran off.

One officer chased after the man, while the other officer drove around the apartment complex looking for him. The officer found him near Hadley and Clinton and got out of his patrol car to try to stop him.

Chief Hayden said the man had one hand in his pocket, which he refused to take out, even after the officer gave him several commands.

The officer used his department-issued taser to try to stop the suspect, Hayden confirmed, adding that there was some close contact between the man and officers. The taser had no effect, police said. The officer caught up with the suspect and again tried to use his taser, to no avail.

He was rushed to the hospital where he was pronounced dead. He was identified as 30-year-old Steven Day Monday afternoon.

The officers were not injured.

"It's a dangerous job everyday, and the officers are trained to deal with the dangers they're faced with," Chief Hayden said.

RELATED: 'Somebody out there knows something' | Family of missing Sullivan woman hosts birthday benefit to increase reward

RELATED: 'Who wants to sleep in their car with their children?' | New Missouri law protects domestic violence victims from eviction