Restaurant on The Hill reopens after employee shot over the weekend 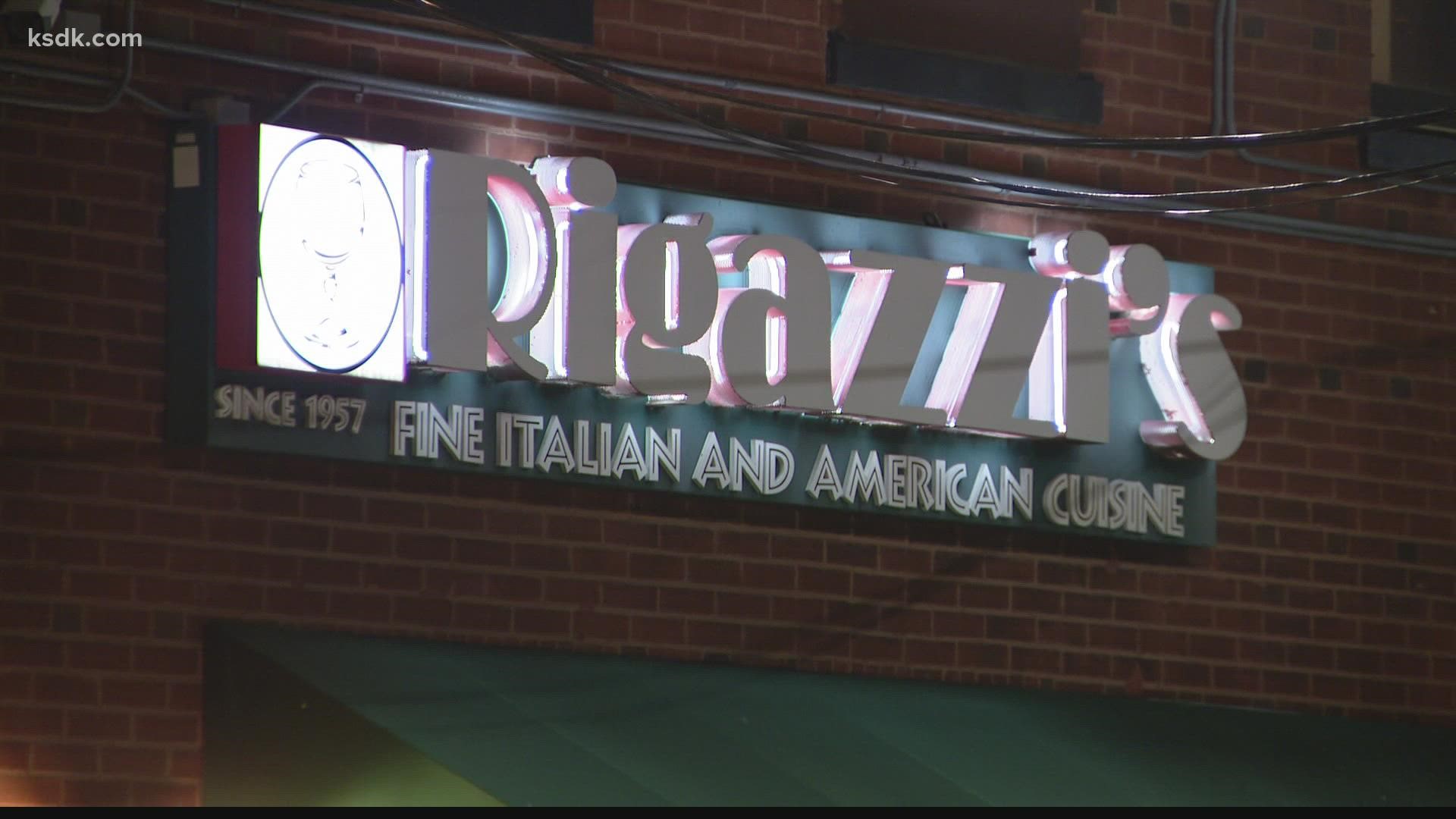 ST. LOUIS — A restaurant in The Hill neighborhood was the scene of a shooting Saturday night.

It happened at Rigazzi’s, which is located on 4945 Daggett, at around 8:45 p.m. Police found a 33-year-old man suffering from gunshot wounds in the kitchen of the restaurant.

According to a police source, the shooting happened after an argument between two employees. Investigators said the suspect, a 36-year-old man, shot the victim multiple times and ran away before police arrived.

The victim was taken to the hospital where he was in critical but stable condition.

Rigazzi's has reopened for regular lunch and dinner hours as of Monday.

"We are devastated by the events that unfolded here on Saturday night, and we greatly appreciate the remarkable show of kindness and support that is so typical of St. Louis." Joan Aiazzi told 5 On Your Side.

No other information has been released from officials. The investigation is ongoing.