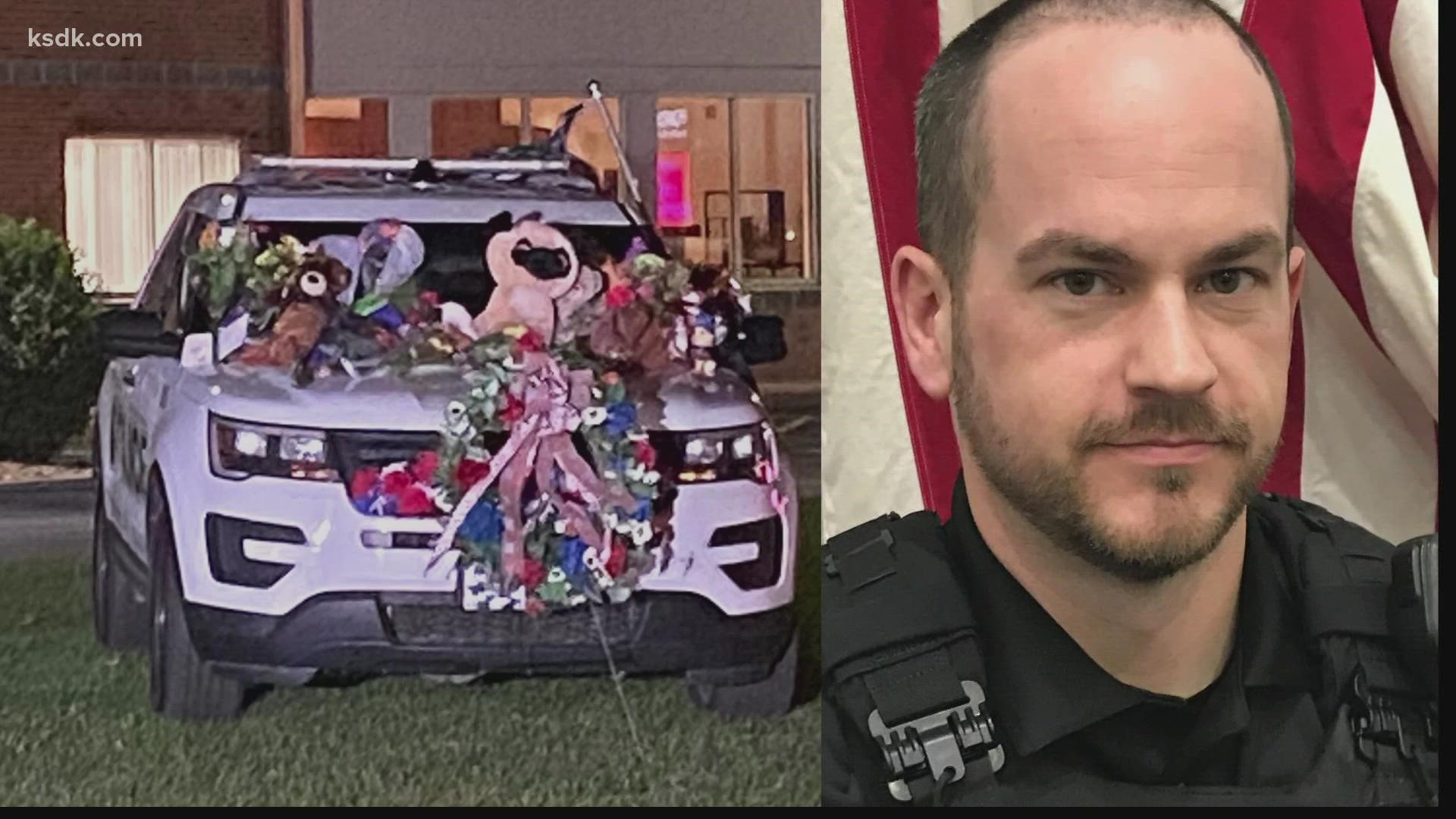 Timmins was shot at the Speedway Gas Station along Illinois Route 111 near Interstate 270 on Tuesday morning. Illinois State Police said Officer Timmins was investigating a possible stolen car when a man started shooting at him. Hyden was taken into custody.

Officer Timmins was rushed to Gateway Regional Medical Center in Granite City. From there he was airlifted to Saint Louis University Hospital in south St. Louis. Several hours after the shooting, Timmins died from his injuries, police confirmed.

"Officer Timmins paid the ultimate sacrifice, as devastating as this loss is to his family, us and this entire law enforcement community. I truly believe if Tyler could tell us anything, he would tell us he didn't die for nothing. He died doing exactly what he loved, protecting and serving this community, and the surrounding communities," Modrusic said.

"He's just a very sweet guy. Very fun loving, very jovial, but he was very mannerly and kind of quiet, too he could be. He was a big part of the community," Martin said.

People also lined the route to pay their respects to Officer Timmins. Several people could be seen removing their hats, with their hands over their hearts as the procession of police cars went by.

"Violent attacks on police are absolutely unacceptable in our community. Those who attack police officers, the men and women behind us here today who have dedicated their lives to protecting us all from harm will be prosecuted in the fullest extent of the law in Madison County," Haine said.

Officer Timmins was 36 years old. He had been an officer in Madison County for 14 years, serving in police departments in Roxana, Worden and Hartford. He joined the Pontoon Beach Police Department in April 2020.