Oriel Finley was shot in a drive-by shooting Sunday night. She was with other kids in her neighborhood playing outside and eating pizza. 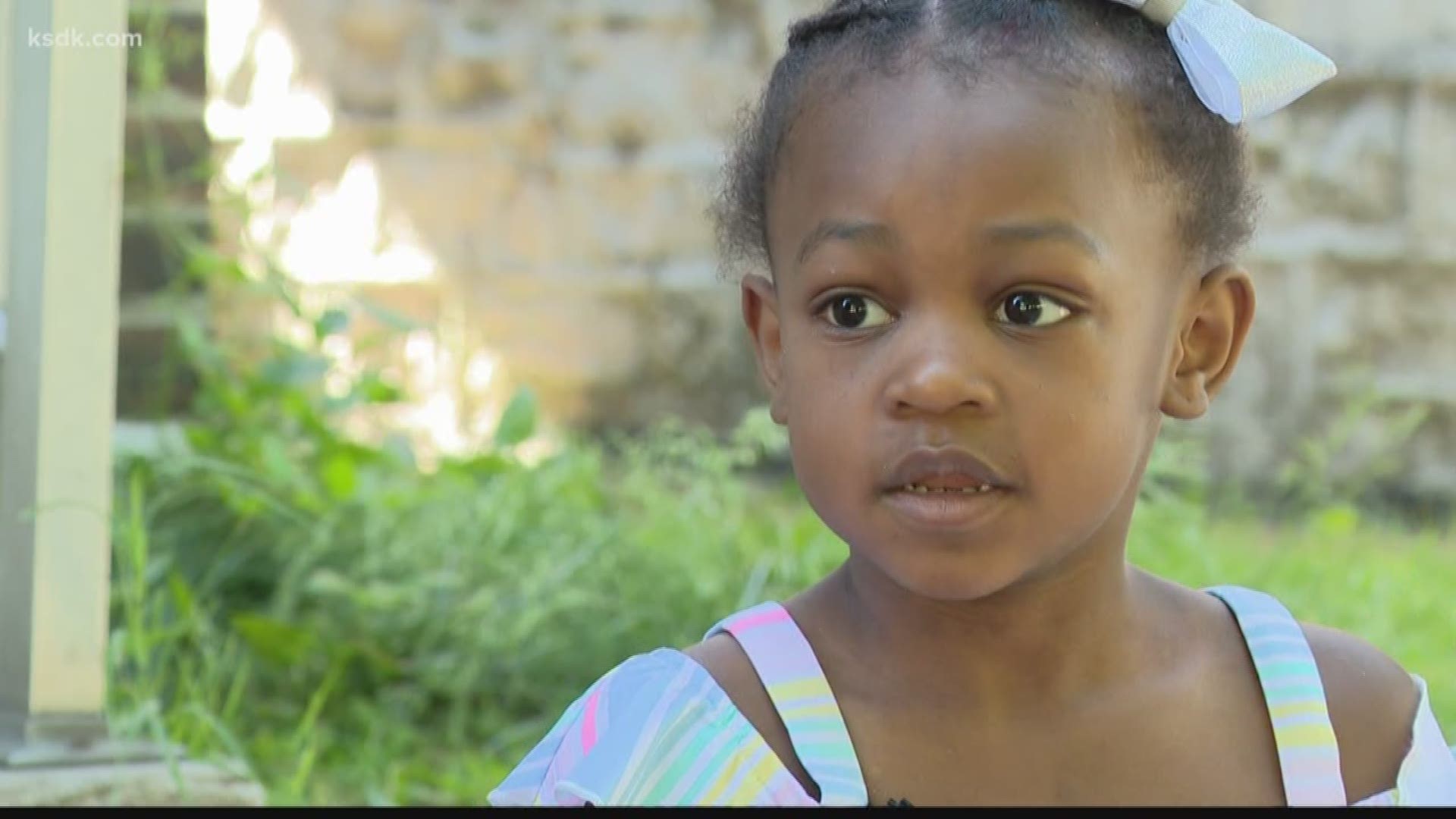 ST. LOUIS — Oriel Finley returned to her home in south St. Louis Monday afternoon after experiencing what no 6-year-old should ever have to experience.

Oriel was shot in a drive-by shooting Sunday night while playing outside with other kids in her neighborhood. Oriel’s 3-year-old friend, Kenndei Powell, was killed in the shooting.

"Ken Ken died. She got shot in the chest,” Oriel said. “That makes me sad. She's not coming back. She's up there with Jesus."

Also see | ‘The guns need to come off the streets’: Grandmother of 3-year-old killed in south St. Louis speaks out

Burrage said her cousin, Powell's father, was too emotional to speak with 5 On Your Side. He asked her to speak on his behalf.

"I don't even know what to say to him," Burrage said. "I can't imagine losing a child. I can't tell him everything is going to be alright. I just look at him and cry."

Burrage said her family has lost relatives to shootings multiple times over the past four years.

"The kids just want to play," Burrage said. "That's all they ever want to do. What do we tell them?"

Oriel's mother told 5 On Your Side she heard the gunshots Sunday night from inside her home. She said multiple people have been shot on her street and this situation hits too close to home.

She said she plans to move her children out of the neighborhood as soon as possible.

Burrage said investigators are working to get surveillance footage from around the neighborhood to see if it can help them locate the vehicle involved in the shooting.