‘Timeshare exit’ companies promise to get you out of your expensive timeshare contract, but the BBB said they’ve taken millions from Missourians with no results. 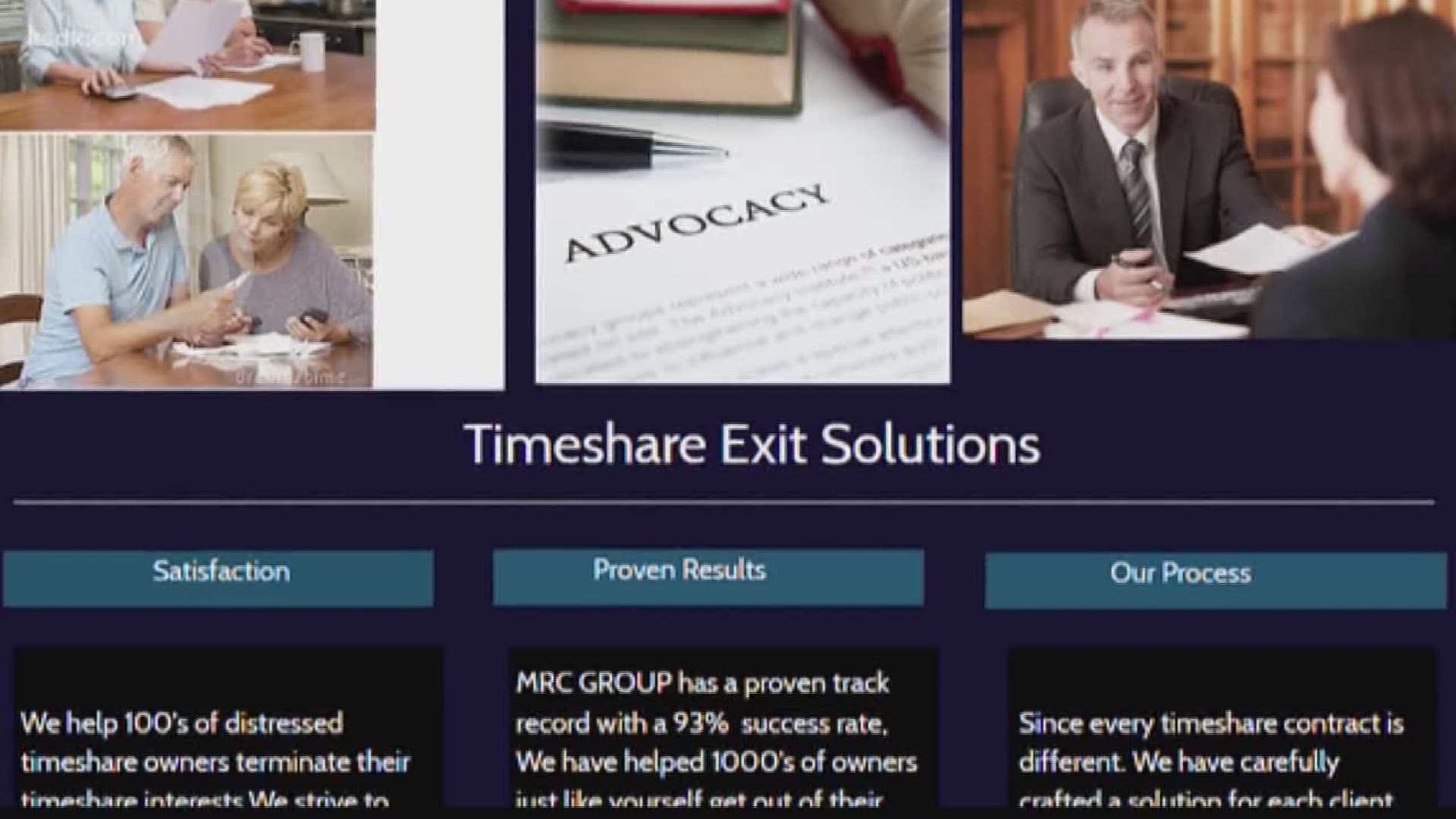 ST CHARLES, Mo. — Timeshares started out as a long-term answer to the high cost of luxury vacations. But once you buy one, the fees keep climbing and you're on the hook, often indefinitely.

So, what if there was an easy way out of that expensive timeshare contract? That's exactly what several Missouri businesses are promising.

Thirty years ago, a timeshare seemed like a good idea to the Prideaux family. They had three kids and loved to travel. Their timeshare in Sedona, Arizona, started off just $38 a year but eventually increased to $3,700 a year.

"The maintenance fees were going up 12.5% every single year," said Barbara Prideaux, a grandmother in St. Charles.

The Prideaux family needed a way out.

They ran across a “timeshare exit” company giving a presentation at a local casino in 2017 and decided to sign up. Like many other timeshare exit outfits, the company was based in Springfield, Missouri.

"They started making a presentation. They said, 'We know a set of lawyers who will be able to get you out of it,’” Prideaux said.

She paid $25,000, the majority of it on credit cards. In return? Prideaux said the company did nothing and eventually stopped taking her calls. They are just one of 10 Missouri companies the Better Business Bureau (BBB) said is taking advantage of people stuck in a timeshare contract.

"The companies market and tend to make big promises to consumers like 100% money back guarantee," Chris Thetford with the BBB said.

The BBB took a look at 10 Missouri based timeshare exit companies and found hundreds of angry customers.

"We found that collectively those consumers reported losing more than $2.2 million," said Thetford.

The Prideaux's weren't able to keep up with their timeshare fees and ultimately lost their ownership.

If you're trying to get out a timeshare contract, the BBB recommends contacting a lawyer who specializes in real estate transactions.

Other stories from PJ Randhawa: