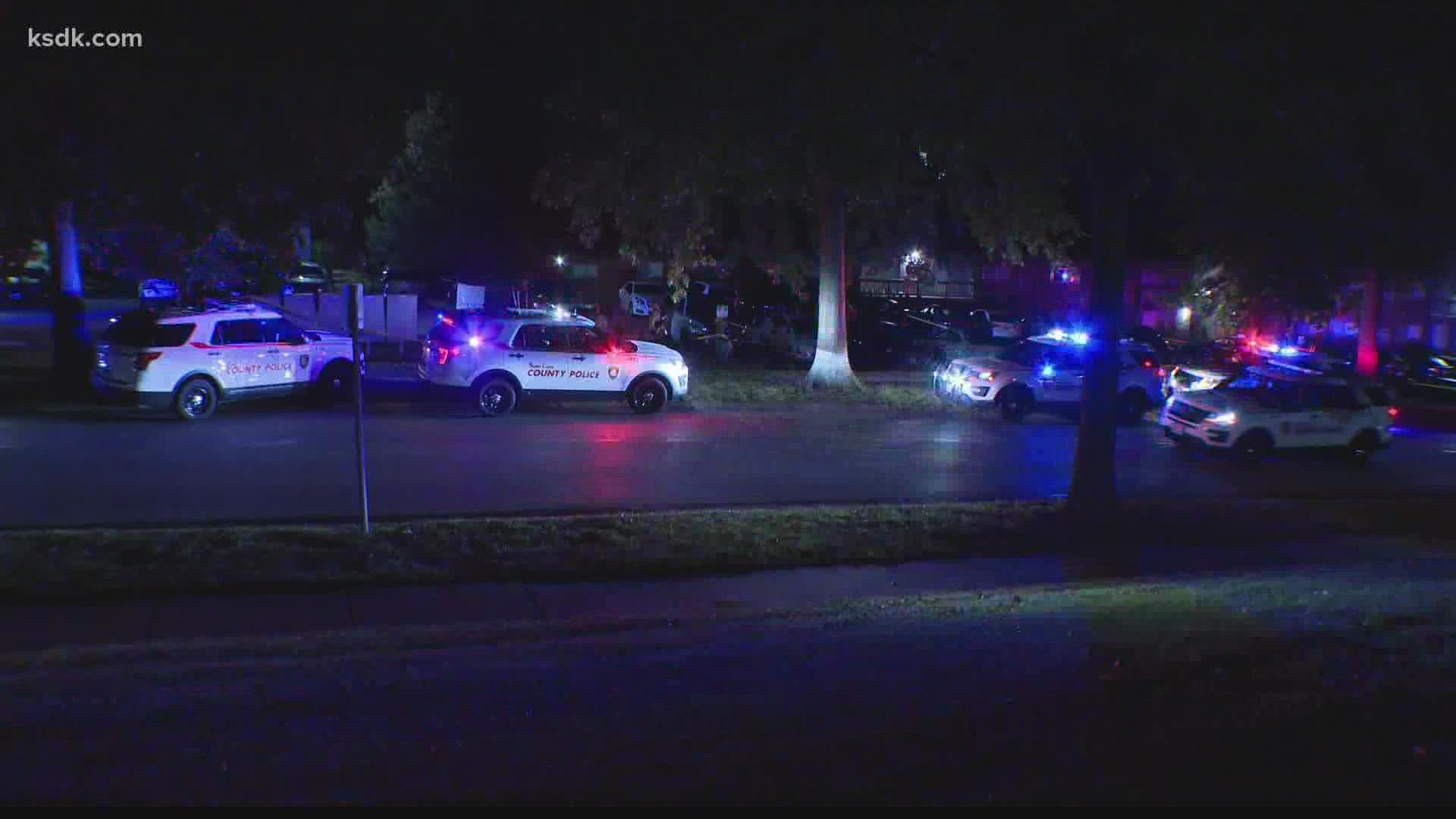 ST. LOUIS — An investigation is underway after two people were injured in a shooting in south St. Louis County Sunday night.

At around 10 p.m., St. Louis County police were called to the 5000 block of Clayridge Drive for a report of shots being fired. This is in Mehlville, near Lemay Ferry and Butler Hill roads.

When officers arrived, they found two men suffering from gunshot wounds. Both victims were taken to hospitals for treatment. Police said they both had non-life-threatening injuries.

A 5 On Your Side photojournalist saw at least 25 evidence markers near the crime scene. Police blocked off part of a parking lot near several apartment buildings to investigate.

St. Louis County police have not released any other information about the shooting.