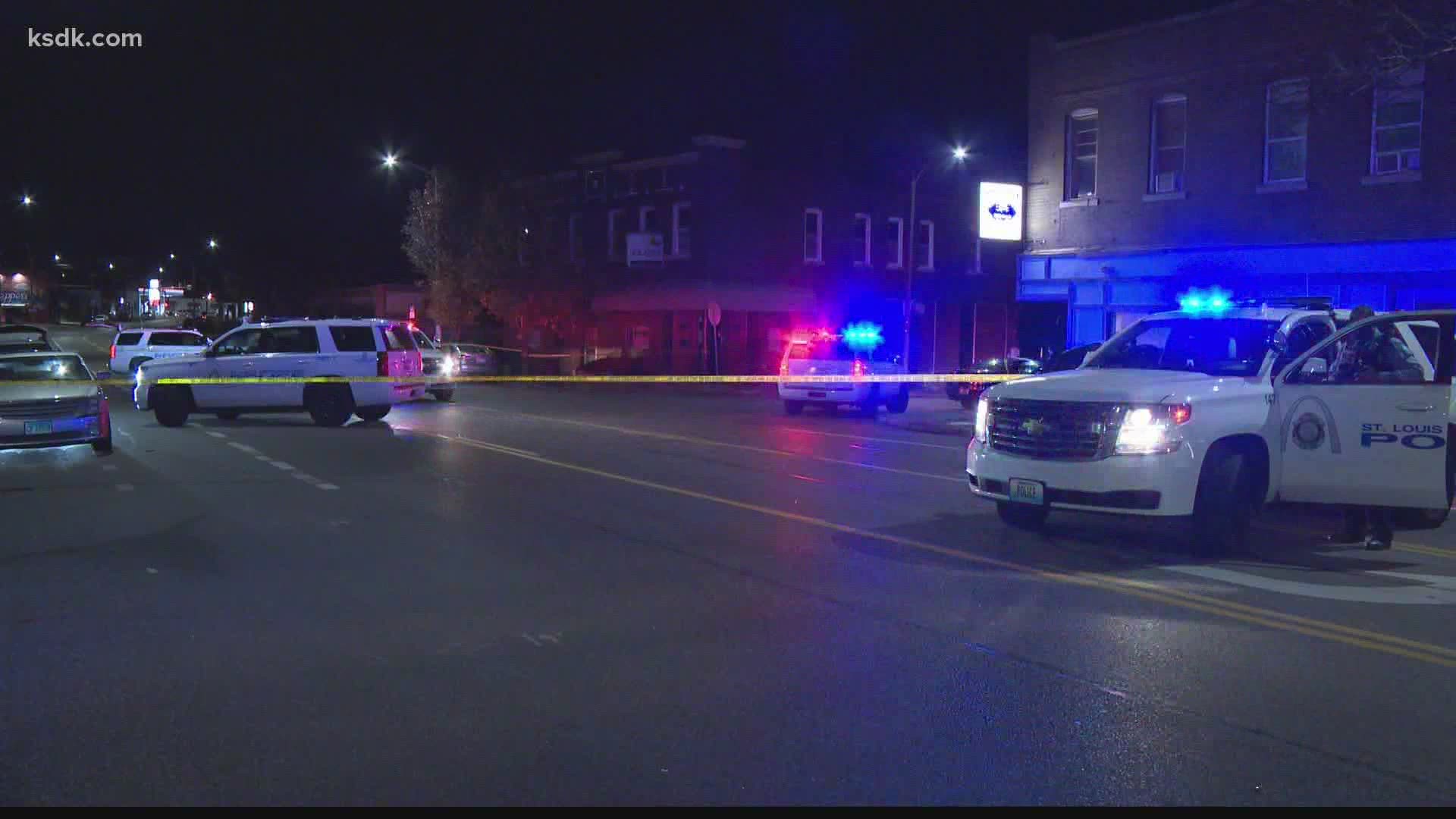 ST. LOUIS — A fight at a south city bar led to three men getting shot late Monday night in St. Louis, according to police.

Officers were called at 11:51 p.m. to the Shot Heaven bar on Gravois Avenue, which is near Eichelberger Street in the Bevo neighborhood. They arrived to find three men with gunshot wounds.

One of the victims told police they were all at the bar when the gunman “began acting erratically,” police wrote in their preliminary report. The victim said that led to an argument. The suspect was told to leave, but the victim said the man came back a short time later with a gun and started firing.

Emergency crews responded to the bar and took the victims – who are ages 38, 53 and 30 – to the hospital. Police did not have an update on their conditions but said their vital signs were stable. A lieutenant at the scene Tuesday morning told a 5 On Your Side photojournalist the victims had graze wounds.

READ ALSO: Man shot while driving on I-55 in St. Louis

Officers were seen going in and out of the Shot Heaven bar and also looking at a vehicle parked nearby. Evidence markers were placed on the sidewalk outside an entrance to the business and crime scene tape blocked off the area and street in front of the bar.