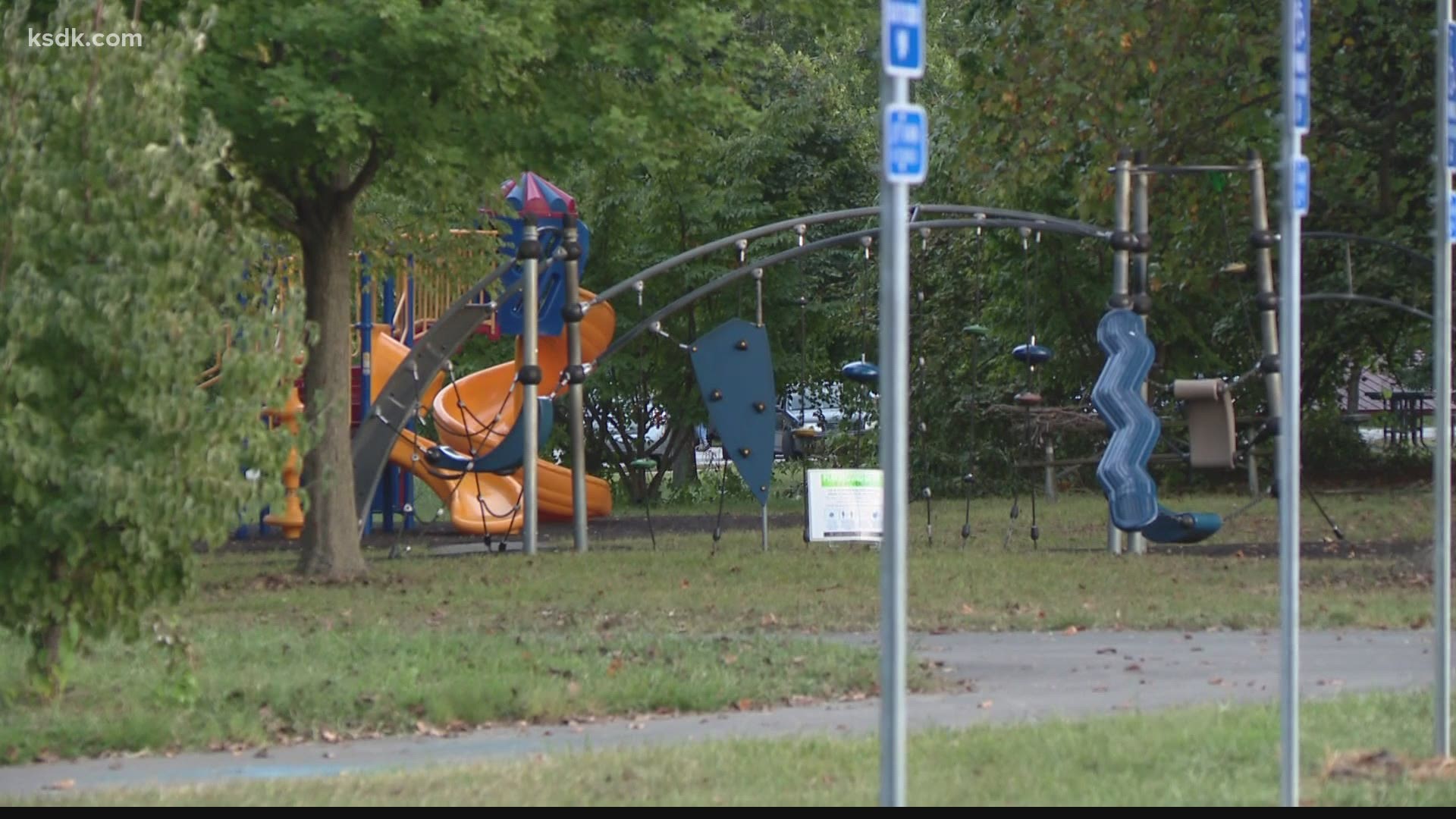 SPANISH LAKE, Mo. — A man was found shot to death at a park in St. Louis County Tuesday evening.

It happened at Spanish Lake Park, which is off Spanish Pond Road in Spanish Lake around 5 p.m., according to a spokesperson from the St. Louis County Police Department.

The man was found with a gunshot wound in a truck. He was pronounced dead at the scene.

He has been identified as 31-year-old Thomas Wiggins.

Anyone with information should contact the St. Louis County Police Department at 636-529-8210 or to remain anonymous or potentially receive a reward, please contact CrimeStoppers at 1-866-371-8477.

Several areas near the park were blocked off as crews investigated.

SPANISH LAKE PARK SHOOTING: County police and park rangers have blocked off one of the entrances to a local park after a report of a shooting here. We are working to get more information.

The shooting came at a time when there were dozens of people using the paths and playgrounds.

"I'm kind of feeling leery right now – like skeptical – about coming here because the whole thing is just to have a good time," James Cleveland said. "That's unusual around this area."

Another mom – who didn't want to be identified – said she had just finished up a 3-mile walk with her two children. She said she will have to rethink whether she returns to the park again.

This is the second shooting of the day in St. Louis County.

Around 3:30 p.m., two juveniles were taken to a hospital after reports of shots fired in the 5700 block of Helen Avenue, which is just south of Jennings.