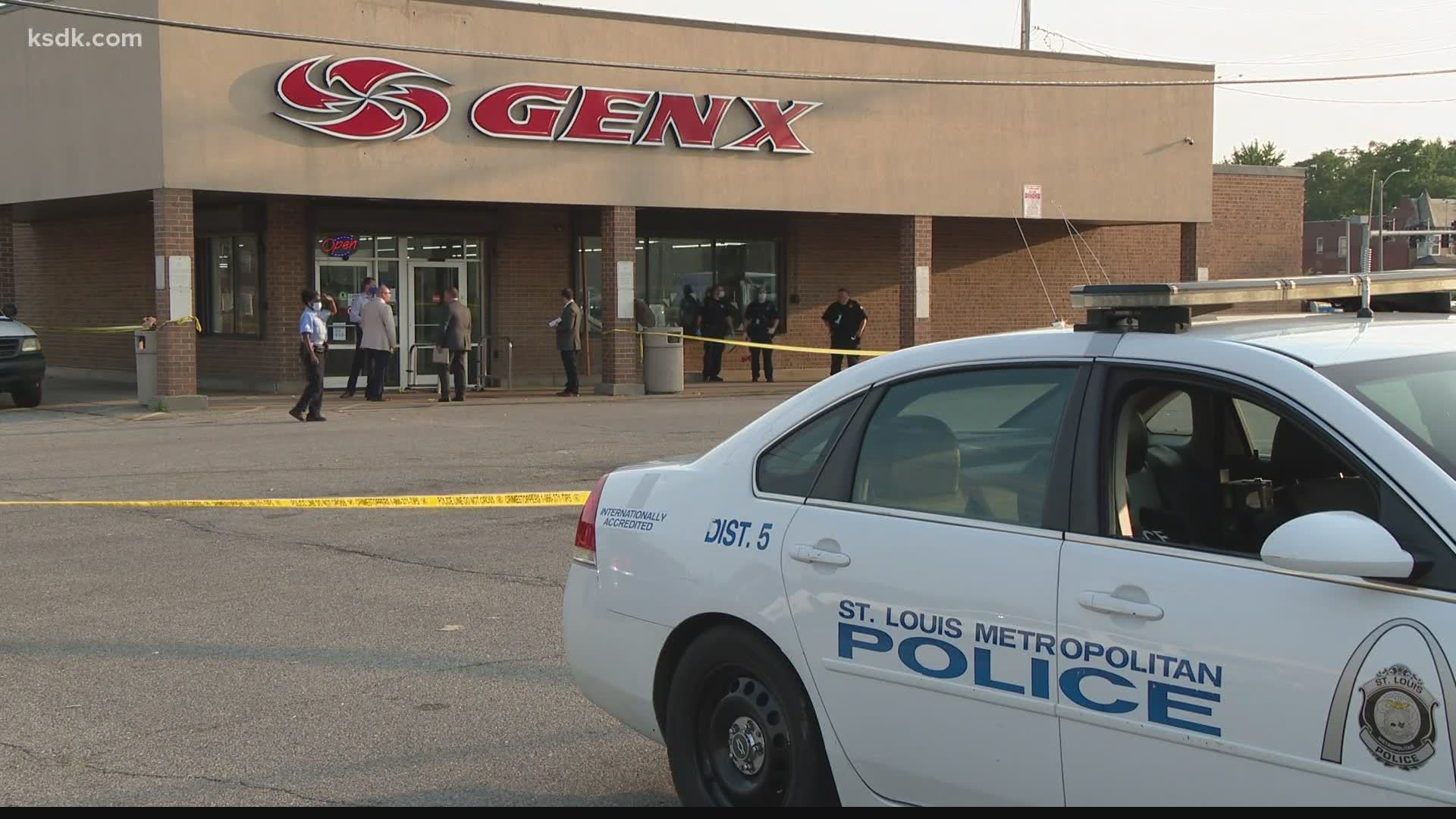 ST. LOUIS — A man has been charged after a woman was shot and killed Wednesday evening at a shopping center in north St. Louis.

The St. Louis Metropolitan Police Department said officers were called to the shopping center near Aubert Avenue and Page Boulevard in St. Louis' Fountain Park neighborhood around 6:10 p.m. When they arrived, they found a woman in her 20s suffering from multiple gunshot wounds.

She was rushed to an area hospital, where she was pronounced dead. She was later identified as 21-year-old Malasia Pruitt.

Witnesses told police Pruitt and Holder were arguing over money and their children at the time of the shooting. Holder was seen raising a bag before a gun was fired, according to court documents.

Video at the scene confirmed the witnesses' statements. Witnesses also said they saw Holder drive away in a red Chevy which was located by Real Time Crime Center.

Holder was later found by K9 officers and was taken into custody. He admitted to police that he shot Pruitt, according to court documents.

RELATED: 'This isn't a blip': Task force reports highest number of new COVID-19 patients since May 19