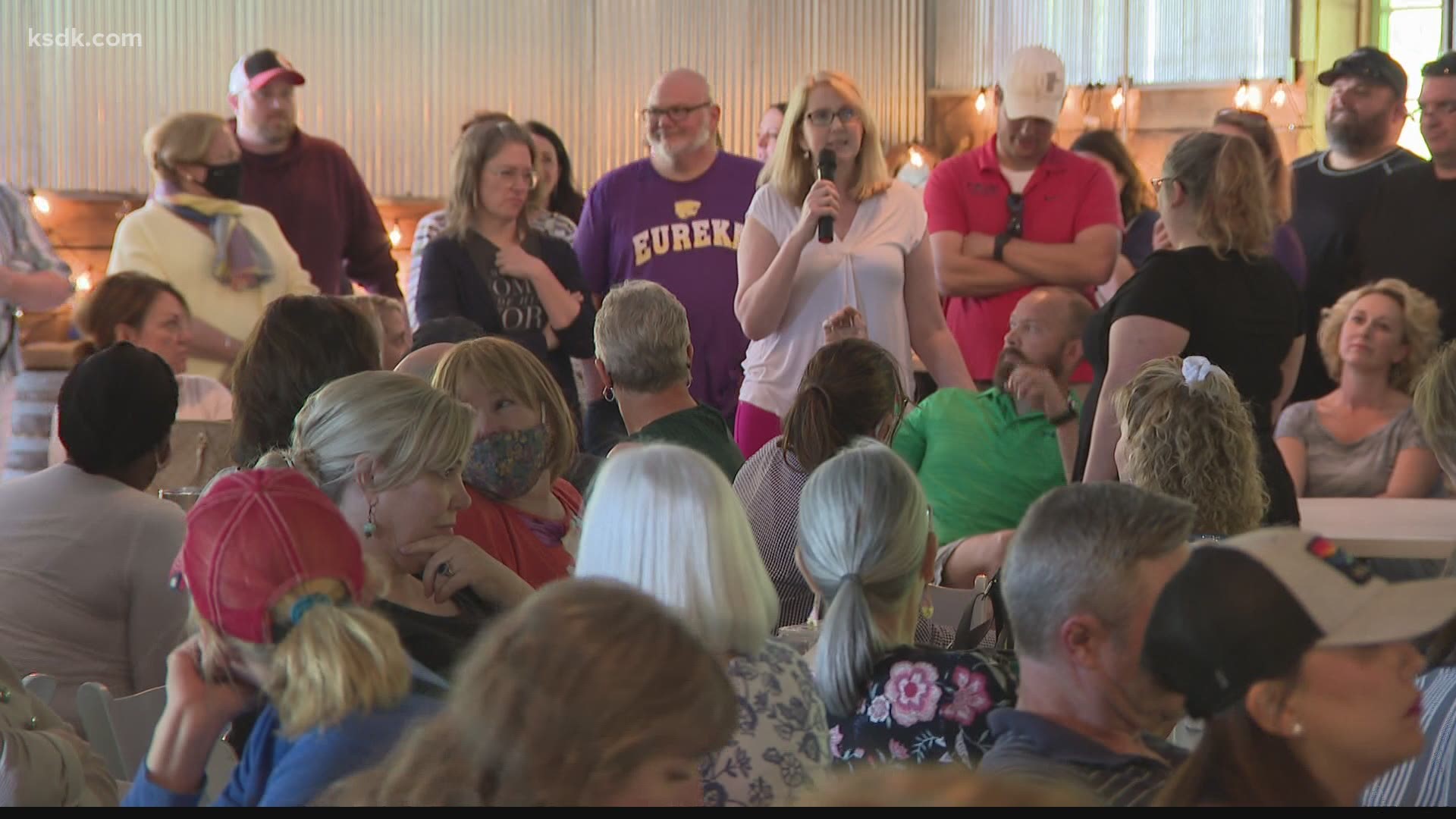 Parents at a forum on race in the curriculum in the Rockwood School District aren't the only ones fired up about it.

"Who gets to decide what history is?" one parent asked.

"Just because I do not want critical race theory taught to my children in school does not mean I am a racist, damn it!" said another.

Scholars of critical race theory define it as recognizing race as a social construct embedded in many American institutions throughout history, with implications you can see today.

Scholars say those institutions include the criminal justice system or even the demographics of communities.

“We need to have a critical lens to examine what it means to be a certain group of people and then to also have conversations and dialogs to flesh out what are the biases that could exist in the system so that we can actually create that platform and create the equity that we all long for,” said Yin Lam Lee-Johnson, an associate professor and chair of the Diversity Advisory Committee at Webster University.

But opponents have said critical race theory is perpetuating racism, saying it pushes the idea that white people are inherently racist, and people of color are inherently oppressed.

“We can do a lot of good for the nation from here, but not if we're continually divided by race and/or gender,” said Representative Brian Seitz, a Republican who represents Taney County in the Missouri House. “Let's look at ourselves as equal. I think that's what Martin Luther King Jr. was looking for.”

Some Missouri lawmakers are pushing to ban critical race theory in schools. They say it can make children feel bad about being white.

"Over the past several years, there have been many attempts to fundamentally change our traditions and our rich history," he said on the House floor.

It’s history that has been largely written by white people.

Critical race theory is also discussed along with the 1619 Project, which is an account of U.S. history centered on the implications of slavery.

There are Republican-led efforts at the national and state levels to keep it out of school curriculum, too.

Seitz sponsored a bill in the Missouri House to prohibit the use of the 1619 Project in the state’s public schools.

“I think CRT, and in particular the 1619 project, does in fact seek to make children feel guilt and even anguish, not because of anything they've done, but solely based on the color of their skin,” he said. “I think that is a definite issue and a problem because I don't think anyone should feel guilty about the way God made them.”

Vincent Flewellen, the chief diversity officer for Webster University, said using the 1619 Project would be positive for many students.

“I would probably flip that also, right?” he said. “How wonderful it is for Black students to go home knowing a more accurate version of the history that has been told of their people for so long incorrectly. And so to be able to go home with pride and to know that you're a teacher that — through the curriculum — is now exposing others, particularly other white students, to a more accurate portrayal of history, I think would be a rewarding feeling for those students and one that validates their existence in a different kind of way.”

Flewellen said the 1619 Project addresses some of America’s flaws, which has made it a hot-button issue.

“I think that folks have a hard time in recognizing that America can be a great country and while also being a flawed country,” he said. “And that is OK to address those flaws, to bring attention to it and in some cases rewrite a more accurate version of history.”

Watch the Rockwood community forum on critical race theory in the curriculum in the video player below: