School district asserts that email to teachers suggesting they hide controversial lessons from parents isn't policy. "It does not reflect the vision," was the reply. 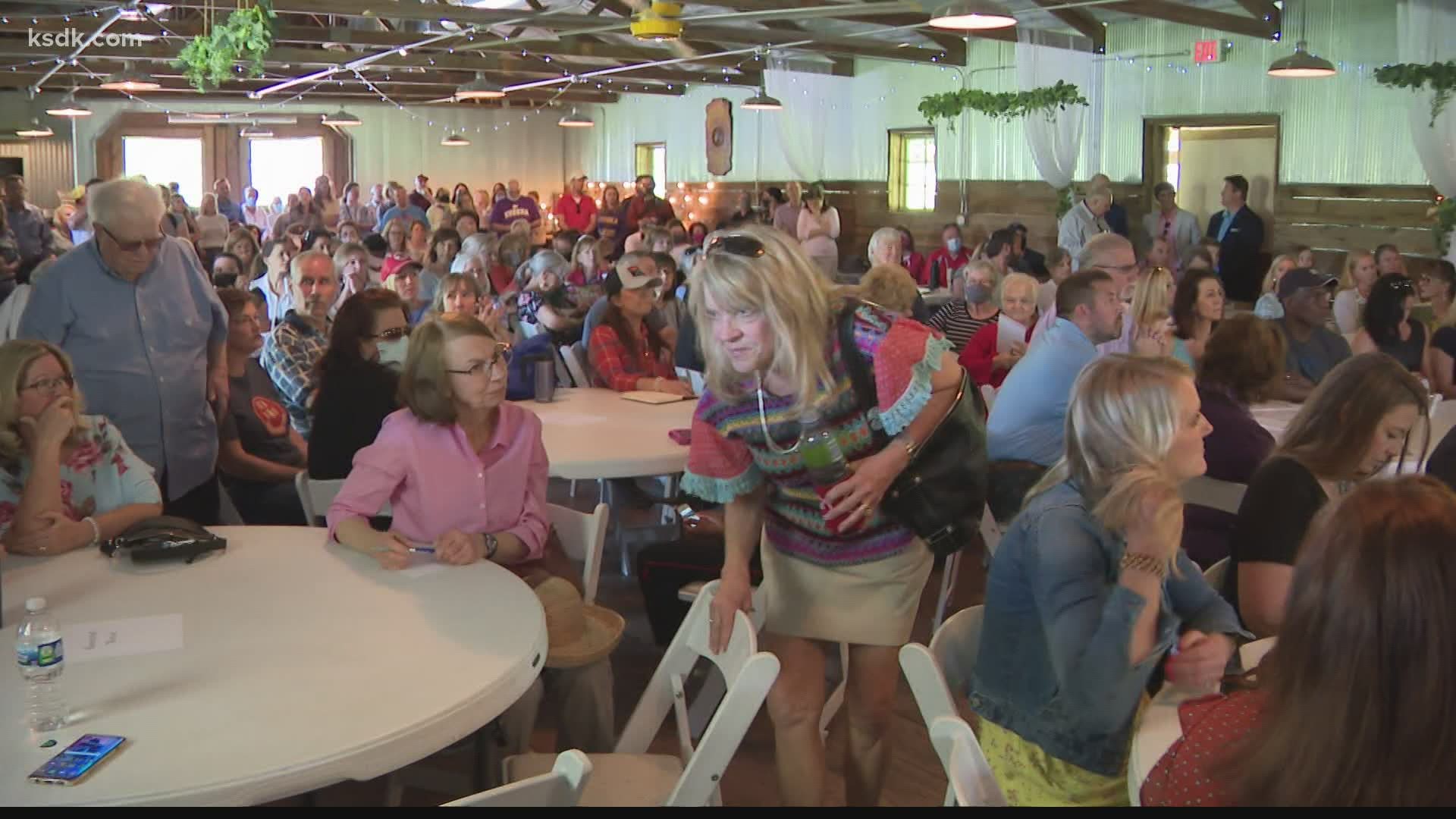 ST. LOUIS — Tensions were high long before the man who asked the first question at the “community conversation” in Eureka on Friday afternoon was escorted out, shouting.

“Bye,” members of the crowd waved and called after him.

The Rockwood School District is one of the largest in the region, and it’s been a tumultuous year for families and leadership. Parents protested the plan to begin the 2020 fall semester online. More recently, administrators received blowback for removing the “thin blue line” altered image of the American flag from Eureka High School baseball hats.

Discussion of race in history and literature lessons upset parents as well — and the district confirms the hiring of at-home security patrols for some of their administrators who have received death threats. Superintendent Mark Miles and Director of Educational Equity and Diversity Brittany Hogan are both leaving their jobs at the end of the school year.

READ MORE: Explaining critical race theory and why it's causing a stir in schools across the country

Most recently, parents have sounded the alarm in Facebook groups and pages about a leaked memo to teachers instructing them to alter or hide certain elements of the curriculum from parents.

“This doesn’t mean throw out the lesson and find a new one. Just pull the resource off Canvas [online learning platform] so parents can’t see it,” read the memo. It also advised avoiding words like “privilege,” “activist” and “democratic,” which, the instructor writes, have been triggering to parents.

In a statement to parents, the school district asserted that “the email that was sent to teachers encouraging them to hide or alter content visible to parents was not reviewed or approved by anyone before it was disseminated by an individual staff member. It does not reflect the mission, vision and values of the district and is counter to the goals set forth in our strategic plan.”

Still, the issue added fuel to the fire for parents who say they can’t trust what’s happening in the classroom.

“What we're concerned about is that there's propaganda being taught, and we're sending our kids there to be taught basic math, history, science,” said Kenneth Rosa, an organizer of the forum. He doesn’t have kids in the district anymore, but he says his frustration with the district was triggered by the uniform change, which he says is one-sided, and believes race conversations should be left out of Rockwood classrooms.

“That’s not the type of things you should be pushing on children that have impressionable minds,”  Rosa said. “Those are college type subjects that should be addressed at that age, as opposed to propagandize children to fan the flames, so to speak, in between children of different races.”

A handful of supporters of diversity education trickled in.

“I am here because to me it's very important that every student at Rockwood feel seen, heard and safe, and right now, students of color do not feel that way,” said Kelly O’Brien before the meeting. “We just want to expose our students to diversity of thought, diversity of experience and perspectives. I think that helps students become critical thinkers.”

Rockwood mom says even if the folks in the room aren’t racist, racism is a problem, and needs to be discussed. She shared that she’s experienced racism her whole life. The woman in the denim shirt looked at her shaking her head, saying “no you haven’t.” pic.twitter.com/q7UnA8sXe9

The event began with a prayer for civility and a 30-minute presentation via Zoom by the founder of FAIR. The organization promotes fighting racism by seeing people only as members of “the human race” — essentially, the “color blind” idea that critics say ignores the reality of diverse perspectives.

“Race is not a real thing,” the presenter told the room.

Then guests were invited to pose questions to Missouri State Senators Andrew Koenig and Cindy O’Laughlin. The first man to get the microphone was a man who asked about the senators’ support for Missouri HB 952, which would essentially eliminate discussion of race, gender and other “group identifiers” in schools; the man said it was actually the equivalent of the senators supporting “cancel culture.”

When Koenig’s answer meandered into the importance of school choice and elevating alternative theories to evolution and genetic mutation, it sparked frustration from a crowd in the back of the room. The man who asked the question was escorted out.

O’Brien later took the mic, citing a survey of Black students at a local elementary that she says revealed many did not feel comfortable at their school, and she was booed down by the crowd.

“As a Christian, that hurts my heart,” said one mom citing a survey that black children in a Rockwood elementary don’t feel comfortable.
“This is an echo chamber of white people.”
The room just yelled at this mom for being racist. Nobody who yelled at her was escorted out. pic.twitter.com/ZBeNinFEln

“This is an echo chamber of white people,” she said. Nobody who shouted at her was escorted out.

“I drove here all the way from Clayton because critical race theory is rampant in the Clayton school district,” said one mom, who shared that her daughter tells her she doesn’t want to be white anymore. The crowd applauded heavily when she called it “child abuse.”

Another mother was moved to tears discussing her young daughter’s regret at being white. “She is one of the most innocent little girls in the whole world, and she has friends, Black and white kids in her classroom, and she doesn’t see any difference,” she said. “I have actually raised my kids to love people and accept people no matter what, and just because I don’t want critical race theory taught to my children at school doesn’t make me a racist, damnit,” she said to a standing ovation.

The term “critical race theory” is a hot issue in politics and among the parents at the forum; CRT is defined as a way of thinking that “critiques how the social construction of race and institutionalized racism perpetuate a racial caste system that relegates people of color to the bottom tiers.” However, those opposed say it is the equivalent of “white shaming” and should not be taught in schools.

Despite what parents say and see on social media, says Rockwood Assistant Superintendent Dr. Shelley Willott, critical race theory is actually not part of their curriculum.

“Really what we're trying to do in curriculum, we're trying to present various perspectives. We're not saying that we support one or the other, we are just trying to engage in conversation about how different people think and how different people may see things,” she told 5 On Your Side, which she says is based on feedback from district parents that showed families want their kids to think more globally in school. “I think it’s just really important that we have dialogue and we come to the table and have conversations.”

Amy Ryan, a Wildwood mom who describes herself as an adoptee of Asian descent married to a man “from the bootheel,” took the microphone.

“My heart is full of optimism when I hear all of you say race is not a factor and you’re not assuming someone’s character based on the color of their skin; I think that’s wonderful,” she said. “I am an American; my guiding light is the Constitution. And I am a damn patriot.” She paused for applause.

“And I also know that for years I have been judged by who I am.” She paused as a woman beside her shook her head and mouthed “no you haven’t.”

“If we’re not going to choose for our children an understanding and promote critical thought,” she asked, “what curriculum can we provide our kids of our US history?”

Nobody from school district leadership was in attendance.

Watch more of the meeting in the video player below: 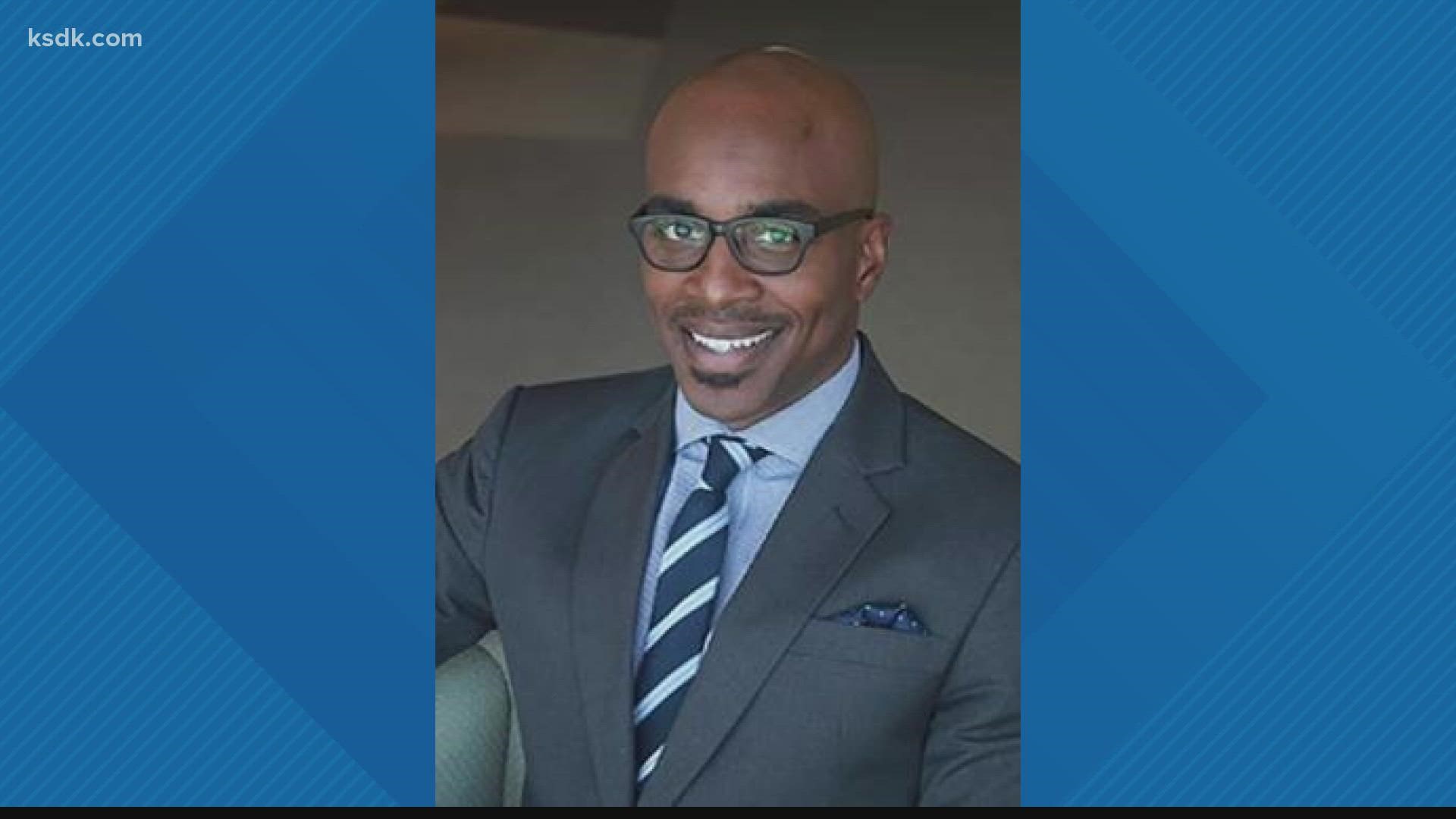 SIUE has a new chancellor, and he's breaking barriers