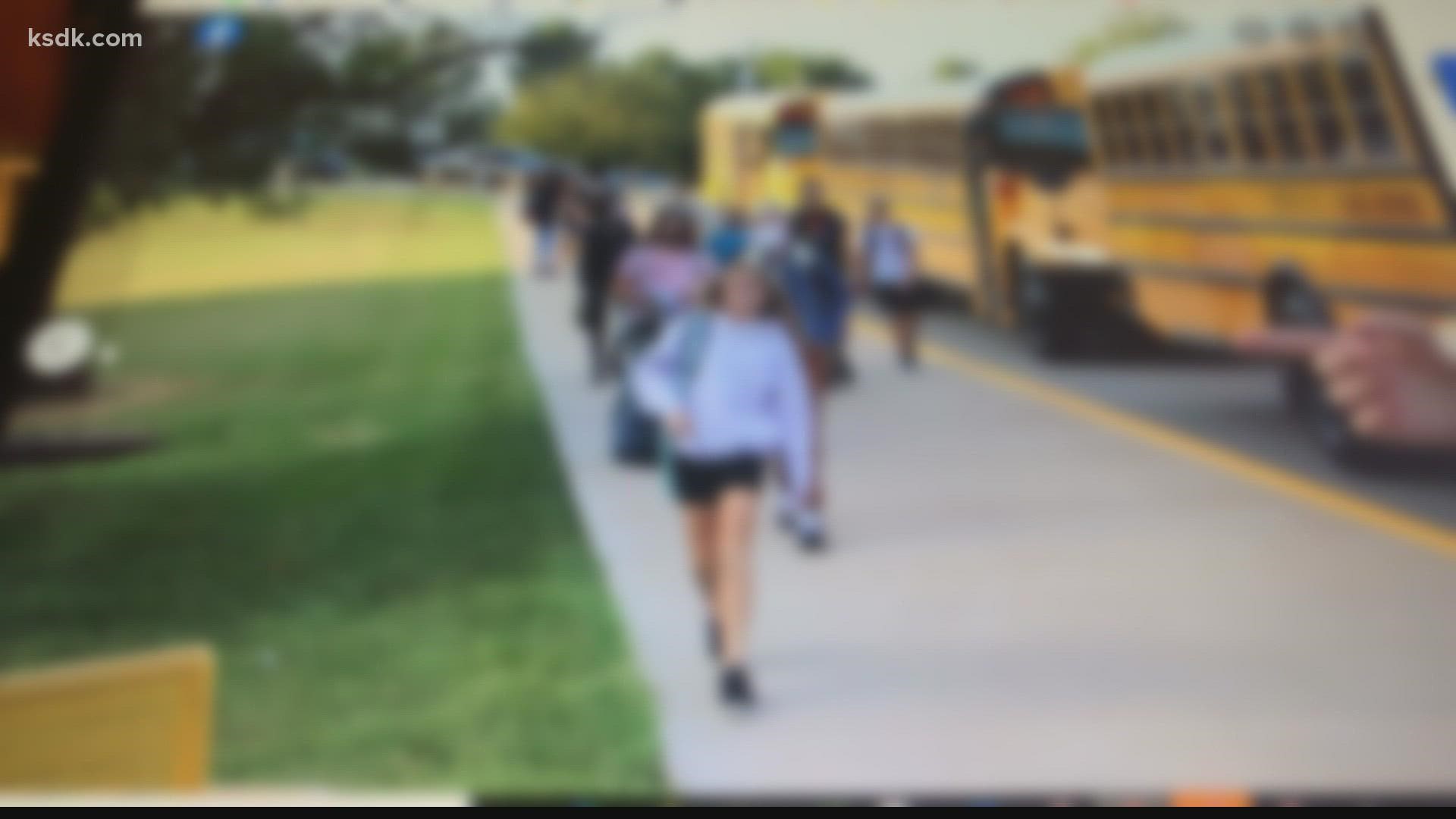 ST. LOUIS — Rhonda Fehr's 7-year-old daughter, Carson, packed a mask for her first day at Festus Elementary even as she worried others wouldn't wear them in a mask-optional environment.

"Honestly, I'm just disgusted and sick to my stomach. I really am," Fehr said after seeing photos the district posted Monday, showing few masks in some shots, none in others.

"There are definitely people that have strong feelings on both sides," Festus R-VI Superintendent Link Luttrell said of the mask divide.

Luttrell said he spent the day visiting schools and was impressed with the district's overall performance, giving them an A-minus grade since "there's always room for improvement."

Luttrell said the district's first day was successful for many reasons including bus scheduling and student morale, adding there's more to COVID mitigation than masks.

"There are so many other layers that are in place that help us accomplish our goal of keeping our campus community safe and healthy," he said.

Administrators did inform parents Monday night that they have four positive COVID cases in the district, though none of the kids came to campus. That puts their district positivity rate around 0.11%, below the 1% threshold that would trigger their mandatory-mask policy.

"There's no part of me that would want to work for the school district right now and have to make these decisions," Francis Howell mom Erin Cox said. "I mean, I see how torn people are."

Cox says their district is mandating masks for younger grades, meaning her 11-year-old son, Aayden, was required to wear one while junior Emma wasn't.

"We tried — at least for my daughter — to let her think for herself," Cox said. "My son, though, he's got a stick with what the school says."

Cox said she didn't want any mask requirements, frustrated by the inconsistency in messaging, but she's teaching her kids to respect the rules.

"The kids are used to — unfortunately — the masks now, so it was just kind of like back to what we had at the end of the school year," she said.

Standing apart from the crowds debating mask requirements, Angie Quigley is one of the parents who decided to disengage entirely, pulling 4-year-old Collin from pre-Kindergarten when COVID numbers spiked, and her district also picked a hybrid mask policy.

She said her son benefited from socialization for a few months earlier this year when she felt comfortable sending him into a classroom, adding the decision to bring him back home was "a little bit heartbreaking."

"They're trying to make the most amount of parents happy with trying to compromise and, unfortunately right now, with public health it's not something that should be compromised on," Quigley said.

Quigley said she would likely return Collin to school if their district changes policy to align with guidance from health leaders, who overwhelmingly encourage mask requirements for schools this year.