Opinion | 5 reasons Netflix should give 'Kingdom' a fourth season

Now that Netflix has unveiled the best show you never saw, it needs to give its cult following a fourth season to properly wrap up the story line.

ST. LOUIS — Some television shows end their run right where they should, while others go on too long. Byron Balasco's "Kingdom" was stopped well short of its projected endpoint.

Thankfully, Netflix rectified that this month, acquiring the drama series from DirecTV's basement. Balasco's show revolved around the world of Mixed Martial Arts, centering around the good, bad, and ugly events that take place at a gym called Navy Street in Venice, California. An ex-fighter and premier coach, Alvey Kulina (Frank Grillo), stays connected to the fight world by training his earnest and talented young son, Nate (Nick Jonas), while trying to keep his older and more volatile son, Jay (Jonathan Tucker), in line.

All the while, a fighter from Alvey's past in Ryan Wheeler (Matt Lauria) suddenly shows up fresh out of prison, complicating the hierarchy of his gym while igniting problems in his relationship with his girlfriend, Lisa Prince (Kiele Sanchez). Oh, and the Kulina matriarch, Christina (Joanna Going), starts out the show as a prostitute and drug addict. There's also a troubled ex-con named Keith (Paul Walter Hauser) whom Ryan takes under his wing.

Welcome to "The Sopranos" that takes place in a gym. Grillo's Alvey acquired the name "King Kulina" during his championship fighting days, but as the show opens up, the only thing he's fighting is the urge to punch everyone in the face and drink all the bourbon in California. A conflicted aging lion trying to stay afloat and ahead of all his issues, Alvey sees a bright new future in Ryan's comeback trail and leans into that, which brings all sorts of issues for the gym.

Look, I championed this series as much as any living soul in America. If we spoke for more than five minutes, I told you about "Kingdom." It's what any good television critic does. It was like shining a light on a goldmine that seemed hidden to most people.

A chaotic MMA show about fighters' drama outside the octagon should come off as buffalo chicken dip and a cold beer to most TV lovers, but DirecTV fumbled the ball drastically. Now that the almighty and powerful Netflix has picked up the slack and given their subscribers all three seasons and forty episodes, they need to give us another round of "Kingdom."

Here are five reasons why a fourth season of Balasco's show needs to happen.

**SPOILERS AHEAD**STOP READING IF YOU HAVEN'T FINISHED THE SERIES**

If television needs more of something, it is shows that don't wish to play it safe.

Balasco didn't mess around here. He introduced a gay fighter into the fray, using the innocent yet ferocious nature of Jonas' story and formulating it in timely fashion. Nate's tale was told with compassion, fortitude, and a heartfelt grace that other showrunners would have led astray. Half-measures weren't taken here. His writing team championed women in the sport, introducing Natalie Martinez's unpredictable yet talented fighter into Navy Street during the second season. With Sanchez's blessing, Balasco wrote the actress' real life miscarriage into Lisa's story line, which resonated deeply with viewers. By the end of the third season, Sanchez and Going's characters had completed full arcs, and both actresses were terrific.

Balasco used his show about fighting to inform the masses about important aspects of our society that need fixing.

4) What happened to Alvey?

If "Kingdom" had a true authenticator, it was Grillo. Talk about the role of a lifetime. The lifelong fight world advocate sank his teeth completely into this conflicted man. Easily the best work of his career, Alvey Kulina shared a few things in common with Frank Campana, Grillo's trainer from Gavin O'Connor's "Warrior," which was the breakout role of the actor's career. Grillo found a true outlet in Balasco's world, turning in work that was relentless and honest.

The show left our anti-hero in a rough spot. The last time we saw him, Alvey was bruised and bloodied after his victorious fight with Matt Hughes, playing tunes on a jukebox while pondering his future and picking up the pieces from his role in the death of his youngest son. There's also the pain in his neck and back that had doctors scheduling him for a neurologist. What happens to Alvey? Does he dive inside a bottle of bourbon or continue on training Ryan and potentially Jay? We need to know. Now that Lisa is President of King Beast Promotions, can Navy Street survive without her and Nate?

3) We need more Jay Kulina in our lives

If Grillo was the authentic engine that powered the show, Tucker's was the gas that could be explosive, soulful, and hilarious all at once. A full-bodied delight of the highest order, this was Balasco's wildfire creation that was never at a loss for words or drama. The actor leaned into all of it.

Tucker was a marvel, giving Jay multiple speeds and emotions that swirled around the screen like a thunderstorm of endless possibility. You were afraid of the older Kulina brother, but you also wanted to be around him. A talented fighter who can't get out of his own way and someone who carries his emotional scars on his sleeve, Tucker had plenty of terrain to cover and never lost your attention. His speech in the series finale hit me right in the gut.

What is he up to these days? Is he fighting or did he run off to Arizona looking to be a dad again? Maybe he is throwing pool parties with Mac (Mac Brandt) like the old days. Whatever it is, "Kingdom" fans need more of it.

2) Will Ryan and Lisa ever get back together?

One of the most tumultuous relationships on the show, these two were once engaged to be married before everything fell apart. Wheeler went to prison for four years and Lisa went to Navy Street, where she met Alvey.

This relationship defied all the television pratfalls. Instead of bringing them back together, Balasco insisted on realism and patience in this subplot. With Ryan being unstable and Lisa searching for her own place in this man's world, the stage always seemed set for a romance to re-blossom, but it never did ... at least not completely.

They made out that one time, shared many smoldering stares, and were on good terms when the show stopped-but Ryan's hurtful words towards the end of the third season may have burned down the bridge of romance. Still, true feelings never die and it would be interesting to have the President of King Beast (which Lisa took over from Bryan Callen's Garo) dating one of its stars. All that means is more drama, which is what this show serves up more than kicks to the head.

1) Balasco deserves to finish what he started

Here's the thing. AT&T's Audience Network, which aired the show in its final two seasons, cancelled the show prematurely. They didn't allow the writers to wrap the story up properly. While Balasco designed each season as a one-shop stop, I have to believe he has another chapter or two of Kulina family drama in him. I refuse to believe the third season was written as an ending for the series. It wasn't exactly a cliffhanger, but several plot threads were left untied and blowing in the wind.

There's a lot of unfinished business on Navy Street, and I want it now. The characters are so richly written and the world of fighting will always be a compelling arena to tell a story in. A COVID-set world could be interesting as well, especially with UFC successfully holding fight cards in recent weeks. While Balasco recently told me there had been no discussions about another season with Netflix, one can hope with the show's instant success that it's not that unlikely.

ONE MORE THING. We need a Jay Kulina-Ryan Wheeler: Part Three. Each fighter has one win apiece, so this must be settled.

After all, "Kingdom" has a lot of fight left in it. A show about family and the many different ways people can inflict pain on each other will always have some juice left in the knees. This world was honest, riveting, and addictive.

Heck, at the very least, give us a Jay-Mac-Keith-Garo road movie.

Now that Netflix has allowed "Kingdom" to lie down in the light at long last, it needs to give it some more time. 10 more hours would be nice but if 2020 has taught me anything, it's to take what I can get. Some shows die at the right time while others stick around too long. "Kingdom" wasn't done yet, so I need more.

What do you think, TV fans? 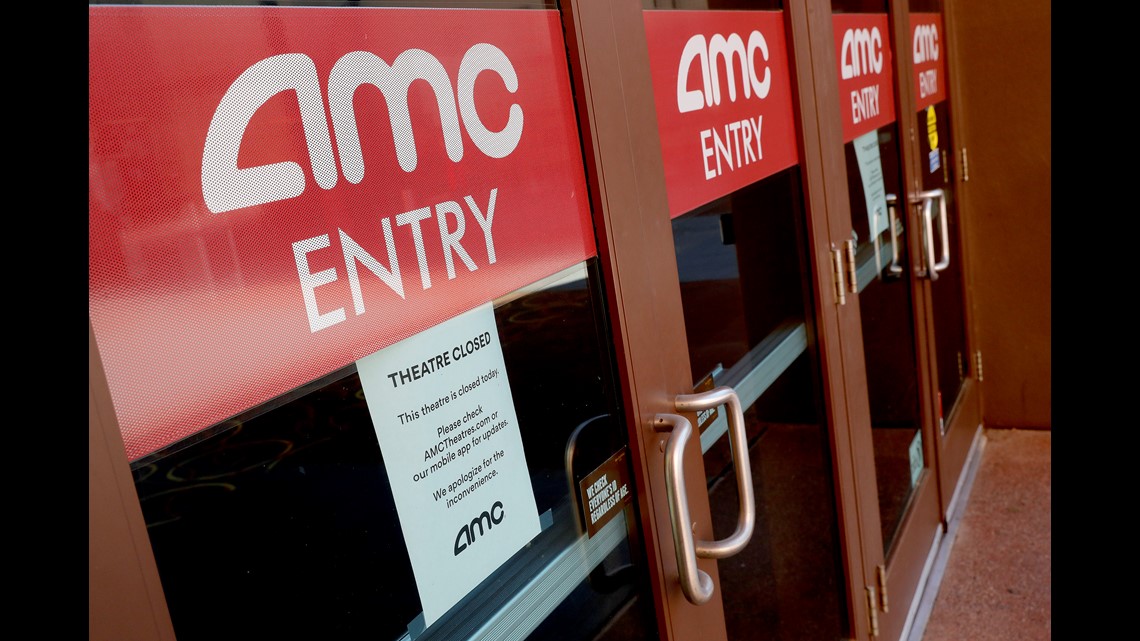 Commentary | Will movie theaters survive 2020?
With Christopher Nolan's "Tenet" delayed indefinitely now, I am beginning to have my doubts on movie theaters' survival after this year. ST. LOUIS - I love going to the movies. Now, I actually mean leaving the house to drive to a theater and sit in a dark room with a big screen.