Sixty-four residents at the facility have tested positive for COVID-19, including the 18 who died 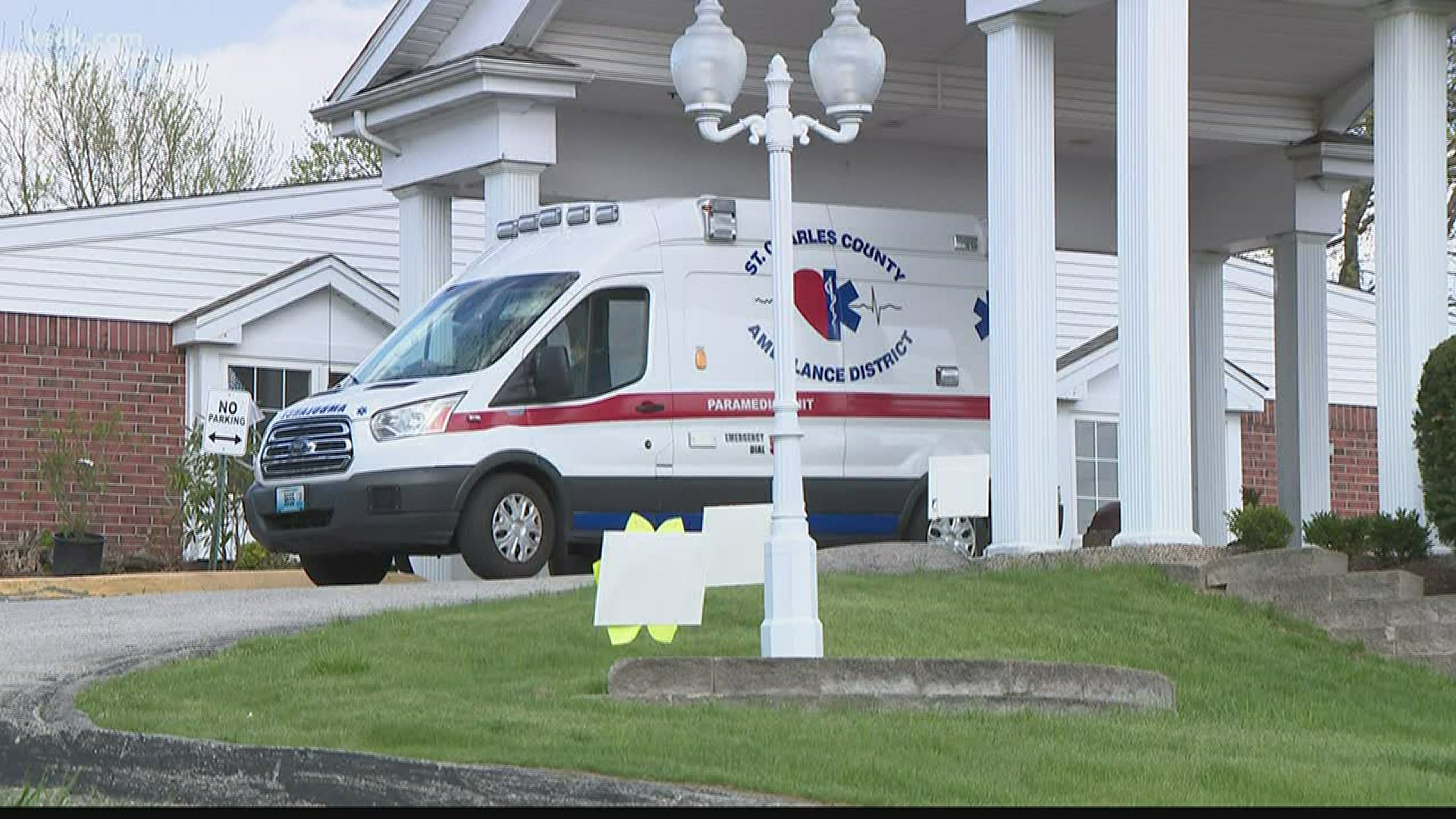 ST CHARLES, Mo. — The St. Charles County Department of Public Health reported the death of a 70-year-old woman who lived at Frontier Health & Rehabilitation Thursday. She is the 18th Frontier resident to die.

According to a spokesman for Frontier, 64 residents at the facility have tested positive for COVID-19, including the 18 who died.

Frontier is not the only facility in the area to experience a COVID-19 outbreak.

Employees and family members have spoken about the conditions at some facilities in the area. Last week, nursing home employees protested calling for an increase in personal protective equipment while on the job.

RELATED: 'It feels like I lost her' | Family worries about woman at St. Charles nursing home with COVID-19 cases

RELATED: 'They were waiting for it to get bad. And now it's bad' | Former employee says Frontier Health wasn't ready for COVID-19

On Thursday, St. Charles County reported 583 cases and 35 deaths. The total number of cases decreased by 13. A health department spokesman said the county was in the process of switching over to another data system when it discovered a number of cases that they were reporting were actually in other counties.