"We're still in that danger zone, and that's mostly because we still have a large number of cases circulating out in the community." 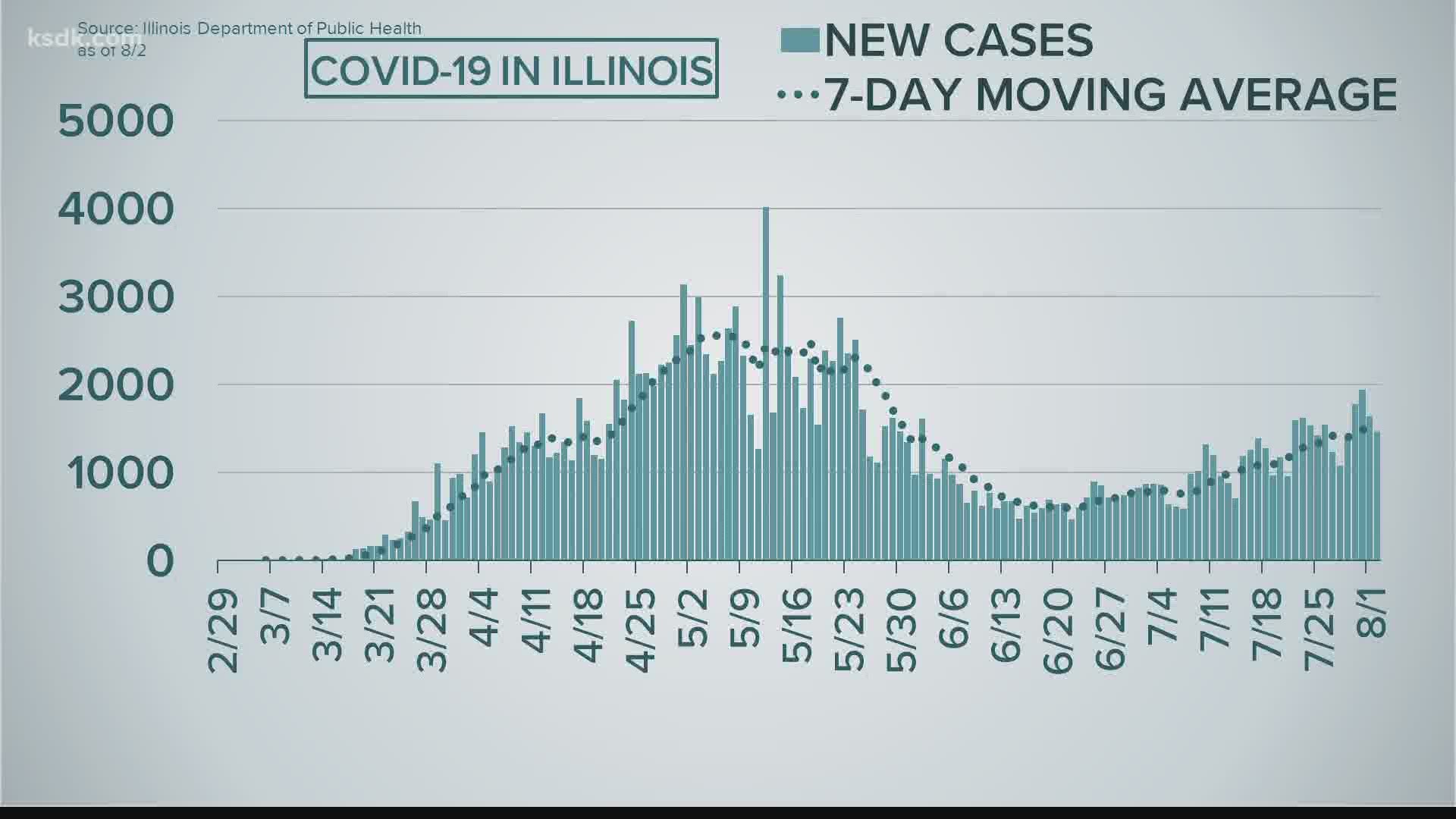 Dr. Alex Garza, Incident Commander of the St. Louis Metropolitan Pandemic Task Force, said the percentage change of new cases has started to come down, but the number of cases in the community remains a concern.

Dr. Garza said the reproduction number and positivity rate are both higher than the task force suggests.

Here are the task force numbers for Monday.

*Yesterday’s hospital admissions data was not complete, missing key data from one of the task force hospitals. This number has been corrected leading to the change in admissions data for Sunday, August 2. We apologize for any trouble this may cause.

You can watch the briefing on the task force's Facebook page or in the player below.

The update Monday comes as the state of Missouri reports more than 1,000 cases for the first time since Friday.

The Missouri Department of Health and Senior Services reported 1,047 new COVID-19 cases and two new deaths, bringing the totals in the state to 52,887 cases and 1,255 deaths.

The department reported 10,481 new polymerase chain reaction — or PCR — tests Thursday, bringing the total in the state to 712,948.

The Missouri Hospital Association said it is still working to clarify some discrepancies with the United States Department of Health and Senior Services.

"Due to variation in the interpretation of the definition of suspected COVID-19 patients, there may be slight discrepancies in the reporting of this measure," a note in the Missouri DHSS dashboard said. "The Missouri Hospital Association (MHA) has sought clarification from the U.S. Department of Health and Human Services and are awaiting formally documented clarification, which will be shared with DHSS."