The Springfield News Leader reports on Aug. 16, the White House Coronavirus Task Force recommended Missouri issue a statewide mask mandate due to "high levels" of transmission of the virus.

Two days later Dr. Deborah Birx from the task force was in Missouri meeting with the Parson administration. While speaking at a press conference with Governor Parson she said, "Every public health official anywhere in the country will tell you it is easier to have a statewide mask mandate."

But, Parson has never talked about the recommendation publicly and has not issued a mask mandate.

Wednesday the governor's office pushed back on the characterization of the White House recommendation as a firm endorsement of a statewide mandate and said Dr. Birx "respected" Parson's stance "once she learned more about Missouri and its data."

Speaking to reporters on the Kansas City side of the state Governor Parson said, "One thing about Washington, D.C., they don't live here day in and day out in Missouri. They don't know necessarily what it's like in the urban areas versus a rural area of Missouri. And as governor, you got to take all that in." 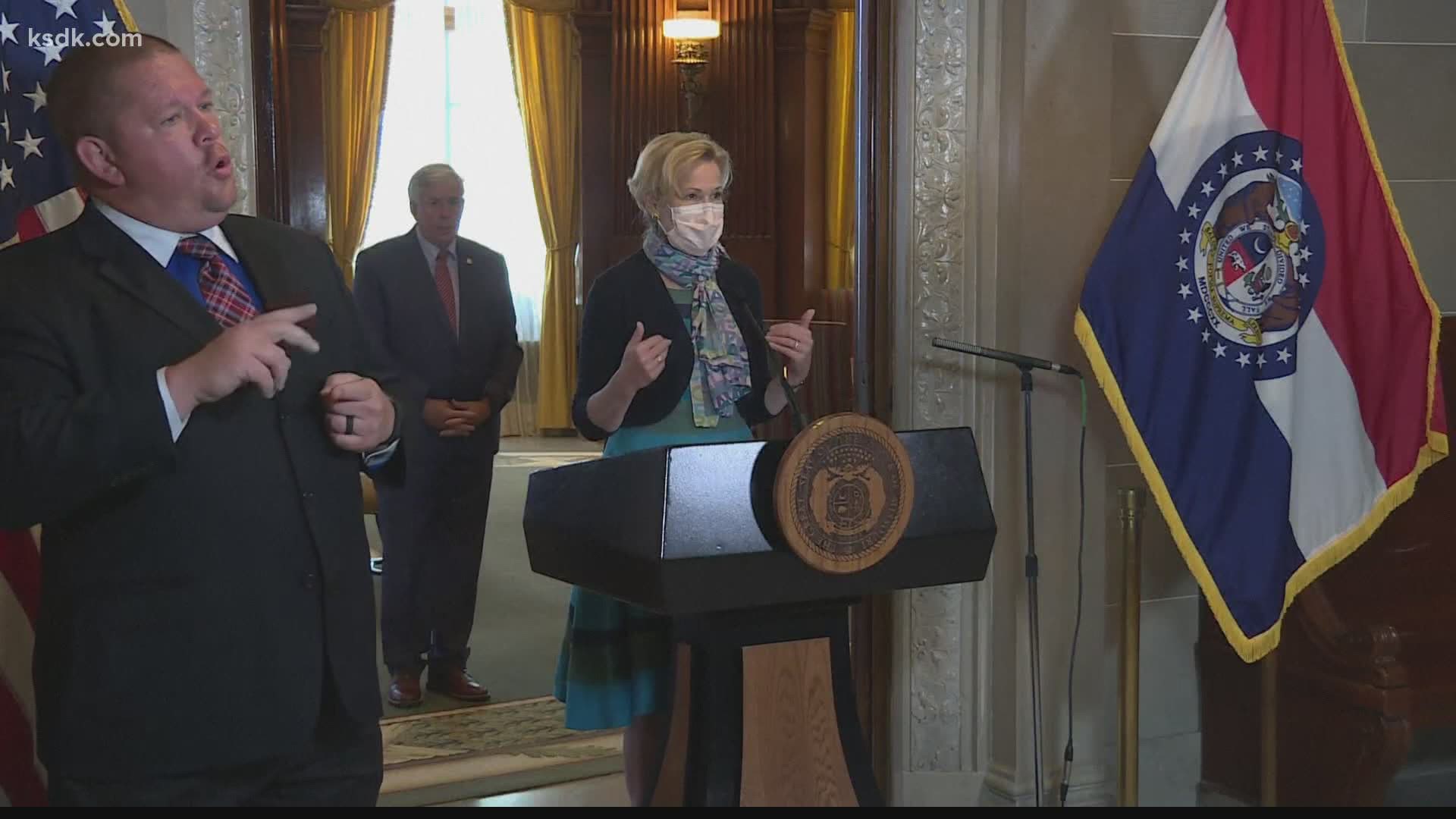