The man who brought television to St. Louis

The station was known as KSD the day it signed on the air in St. Louis, and there were only four television sets in the entire viewing area 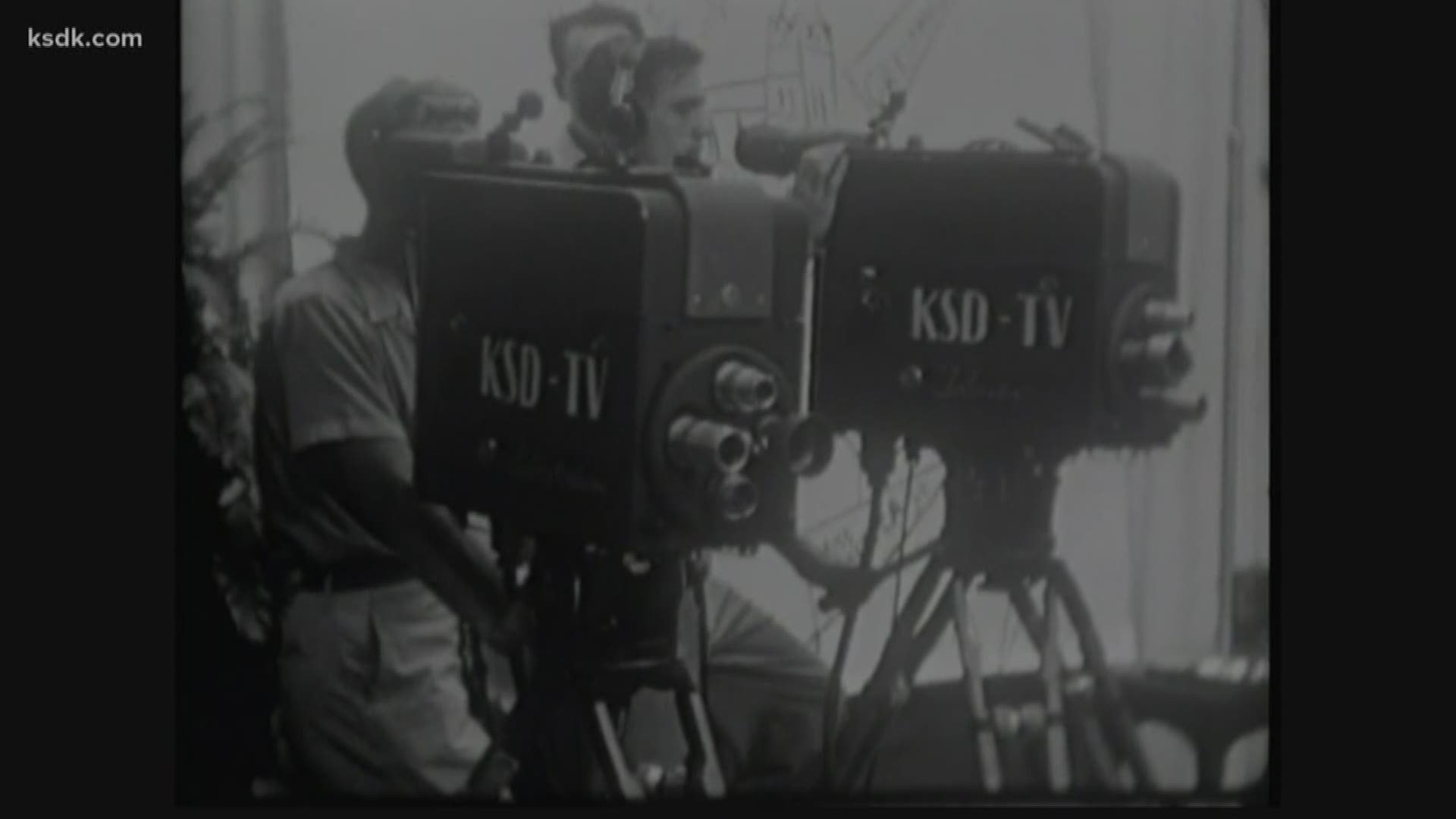 On that date in 1947, Channel 5, then known by the call letters KSD, became the first television station to broadcast in St. Louis.

At the time, there were only 12 other TV stations in the country.

KSD was also one of the first in the nation. It’s a legacy we cherish and do our best to uphold.

But the fact that we are here at all can be traced back to one man.

Come in and see television

George Burbach said it was a family vacation abroad that inspired him to bring television to St. Louis.

The radio and newspaper executive was on a trip with his wife when he spotted a sign that would eventually change the way St. Louisans got their daily news. It read, "come in and see television."

When he returned home, he started a campaign to bring television to St. Louis.

Burbach had connections. He was the general manager of KSD radio, and the advertising manager of the St. Louis Post-Dispatch at the time.

He wrote a letter to RCA, inviting executives to come to St. Louis to discuss bringing a television station here.

This was all happening right in the middle of World War II.

After reading his letters, RCA would build the first post-war transmitter for the Pulitzer Publishing company. Then, the FCC granted KSD a license for a television channel.

The station's call letters would be changed to KSDK in 1979, to satisfy an FCC regulation that required TV and radio stations with the same call letters in the same market—but with different ownership—to use different call letters.

Broadcasting to only four television sets

The day KSD-TV signed on the air, becoming St. Louis' first television station, there were only four television sets in the entire city at the time.

That’s not surprising, considering a television set cost $625, which is equivalent to about $7,100 today.

So, people crowded around television sets at Union Electric and department store windows to get their first look at television.

Credit: KSDK
Cardinals catcher Joe Garagiola makes an appearance on KSD-TV on the station's first day on the air, February 8, 1947.

Founder George Burbach retired from KSD-TV in 1958. He died the following year but will forever be remembered as the man who brought television to St. Louis.

21 years ago this week, the pope visited STL

Our new series featuring video from our archives