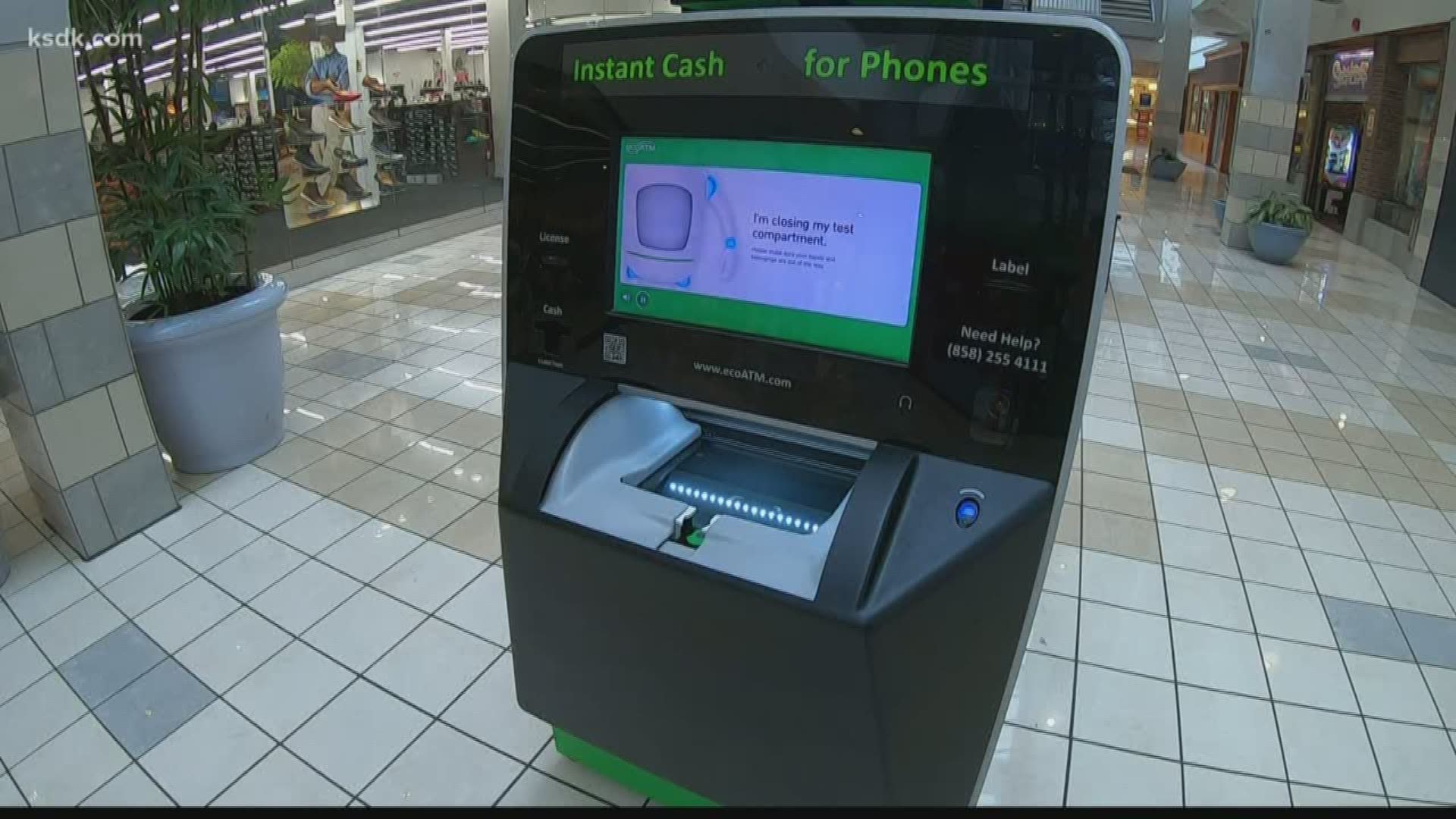 ST. LOUIS — You’re not the only one who sees the value in your cell phone. For you, it has your photos, messages and memories. For thieves, it looks more like an easy way to make a quick buck.

Amberly Keach was surprised at the lengths one thief would go to in order to steal hers from her stroller at the South county Center mall.

“My daughter was in the stroller. I didn't leave the stroller unattended for any period of time whatsoever. That was part of what scared me a little too, was that someone got that close to her and was that bold to do that,” said Keach.

The person who stole Keach’s phone had a new way to turn it into cash, just a few feet away in the same mall.

Kiosks installed all over St. Louis County are supposed to take old phones and tablets that their owners are done using and safely recycle them. But the person who put Keach’s phone in the EcoATM at the south county mall wasn’t after the environmental benefits. They got cash on the spot, about $200, Keach said.

RELATED: 'He broke my nose': Mother of murdered 7-year-old assaulted, gets phone stolen on MetroLink train

Keach only noticed the kiosks, which say “Cash for your phone now,” when she realized that her phone was ringing inside it. She followed the “Find My Phone” app right to it.

“I had passed that kiosk probably five, six times and never even noticed what it was, because we were back and forth. We kept passing it as we were looking for the phone and it wasn't until we heard the sound from inside of it that it even dawned on me to look at it. I didn't even know such a thing could exist,” said Keach.

Police departments told the 5 On Your Side I-Team that they deal with these kiosks regularly. Josh Wineinger, a detective with the Arnold Police Department, said they have received calls about phones in recycling kiosks for years and sometimes three or four times a month.

“We see that a lot. One gets stolen, within hours it's at the EcoATM. They do it pretty quickly to avoid being caught with it. And plus, it's fast cash.”

Some thieves are focused on bigger targets. Charges filed in January state that a cleaning crew sold stolen iPads and iPhones to EcoATMs after stealing them from an Earth City business.

Court documents state that dozens of iPads belonging to Lemasters Elementary School were stolen and sold to an EcoATM in north county in January. An affidavit said that one of the devices still had a sticker identifying it as property of Lemasters Elementary.

“We had a couple of cases where they'll break into T-Mobile and they'll take all those phones directly right over there,” said Wineinger.

The trick to finding a stolen phone

EcoATMs have security features that the company says discourage criminals from selling stolen electronics. Kiosks take pictures of the seller, scan the seller’s fingerprint, and require a valid state ID. All that information is made available to law enforcement through a partnership with LeadsOnline. EcoATM also says that it monitors transactions in real time and rejects a sale if the person doesn’t match the ID they scan at the machine.

The I-Team put those security features to the test at a local EcoATM. The kiosk paid cash for a phone clearly marked as property of 5 On Your Side. However, it rejected a phone when the photo ID it scanned didn't match the face of the person at the kiosk.

EcoATM kiosks also check the serial numbers of the devices they receive against a database of device histories called CheckMend. If the service identifies the device as stolen or lost, EcoATM says the kiosk rejects the sale.

Keach’s phone was stolen in 2013. She said she was surprised to see that the kiosks are still available and in even more places.

“If it were enough, I think it would deter people from doing it. But it's not deterring people from stealing phones and there's no immediate interaction,” said Keach.

Some cities have taken a more extreme approach to this fast cash resource. Baltimore County in Maryland banned any machine that pays cash for used cell phones in 2014. Riverside, Ca., did the same in 2013.

Wineinger said that it is easier to find a stolen phone sold to a recycling kiosk once it’s been reported stolen. If police have a serial number of a lost or stolen phone, they can check to see if the serial numbers match any stolen devices.

Plenty of phone theft victims find their phones in recycling kiosks the same way Keach did, by using an internal phone-finding app. However, the EcoATM website tells people selling devices to turn off features like “Find My iPhone.”

Even with the security features currently in place, it can take a month for a police department to find out that a stolen phone was sold at an EcoATM. And they have no way of checking until the phone is reported stolen in the first place.

“In a perfect world, it'd be great to have, soon as they scan the phone at the EcoATM, boom-boom, 'Nope, call the police'. Just like, if you use a stolen credit card,” said Wineinger. “Maybe we will get there one day.”

Until then, police recommend that everyone have their phone serial number written down and kept somewhere safe. Then, file a police report if it goes missing. The serial number ensures that police can check whether a phone ended up in a recycling kiosk.

Apple iPhones display device serial numbers in the Settings app. Choose "General" and then tap "About." The serial number is one of the details in a list of features that identify your phone.

Android phones will also show the serial number in the device's Settings app, under a heading like "About Phone."

Phones with other operating systems will sometimes have the serial number available in an app called System or Settings. But if you can't find it in your phone's apps, the serial number will also be printed on the box it came from or documentation it was sold with.

Some phones will come with the serial number printed on a sticker under the back cover, if you can access the battery, or printed on the outside of the phone's back cover if it is a sealed phone. You may also find an IMEI number, which identifies your unique device just like a serial number.

Store the serial number or IMEI in a place where you can access it without your phone. Even if the phone is lost, police recommend filing a report to help locate it if someone else finds it and uses it or tries to sell it. 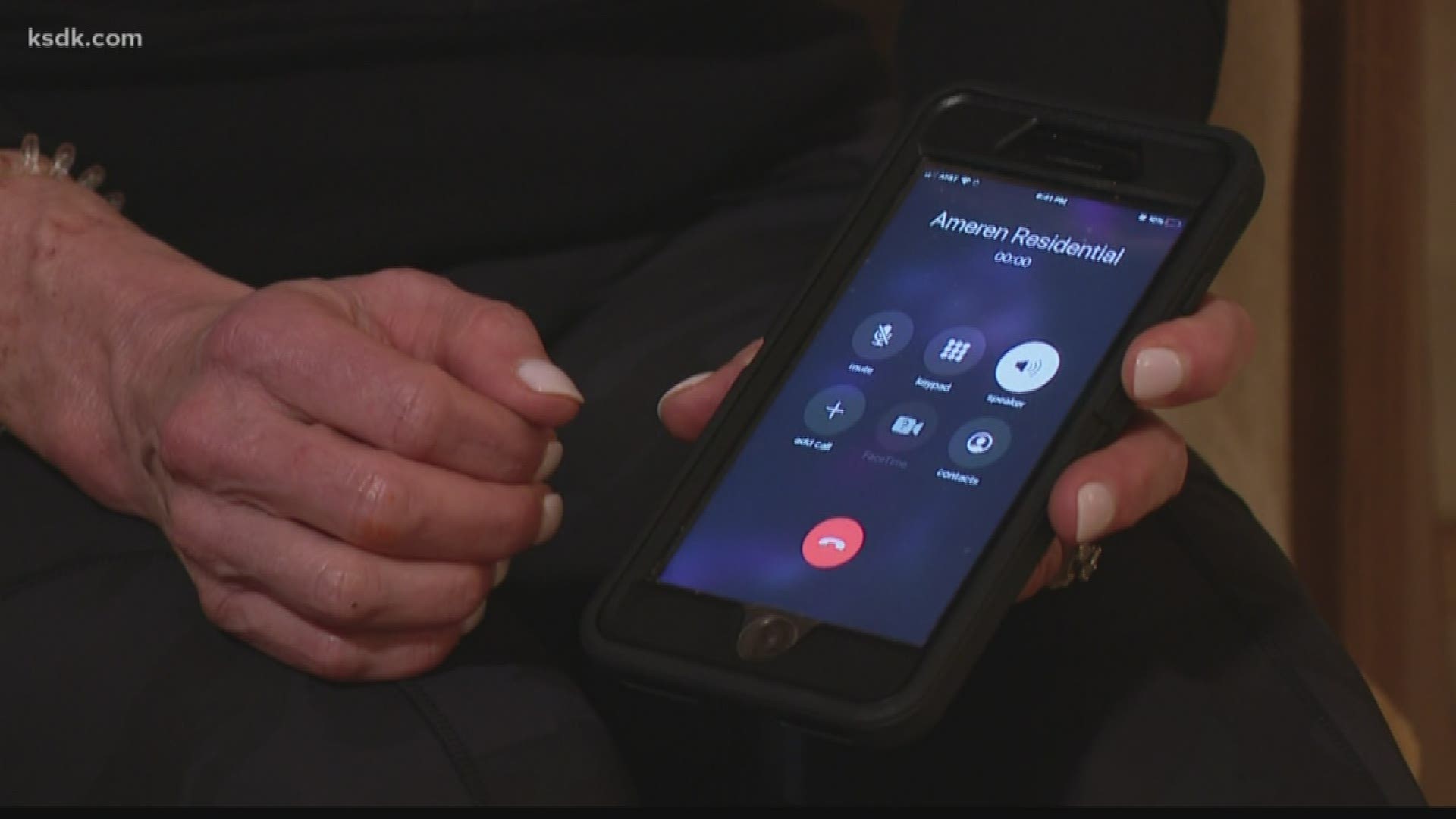