Romance scammers meet their match | How a St. Louis woman uncovers their tricks and lies 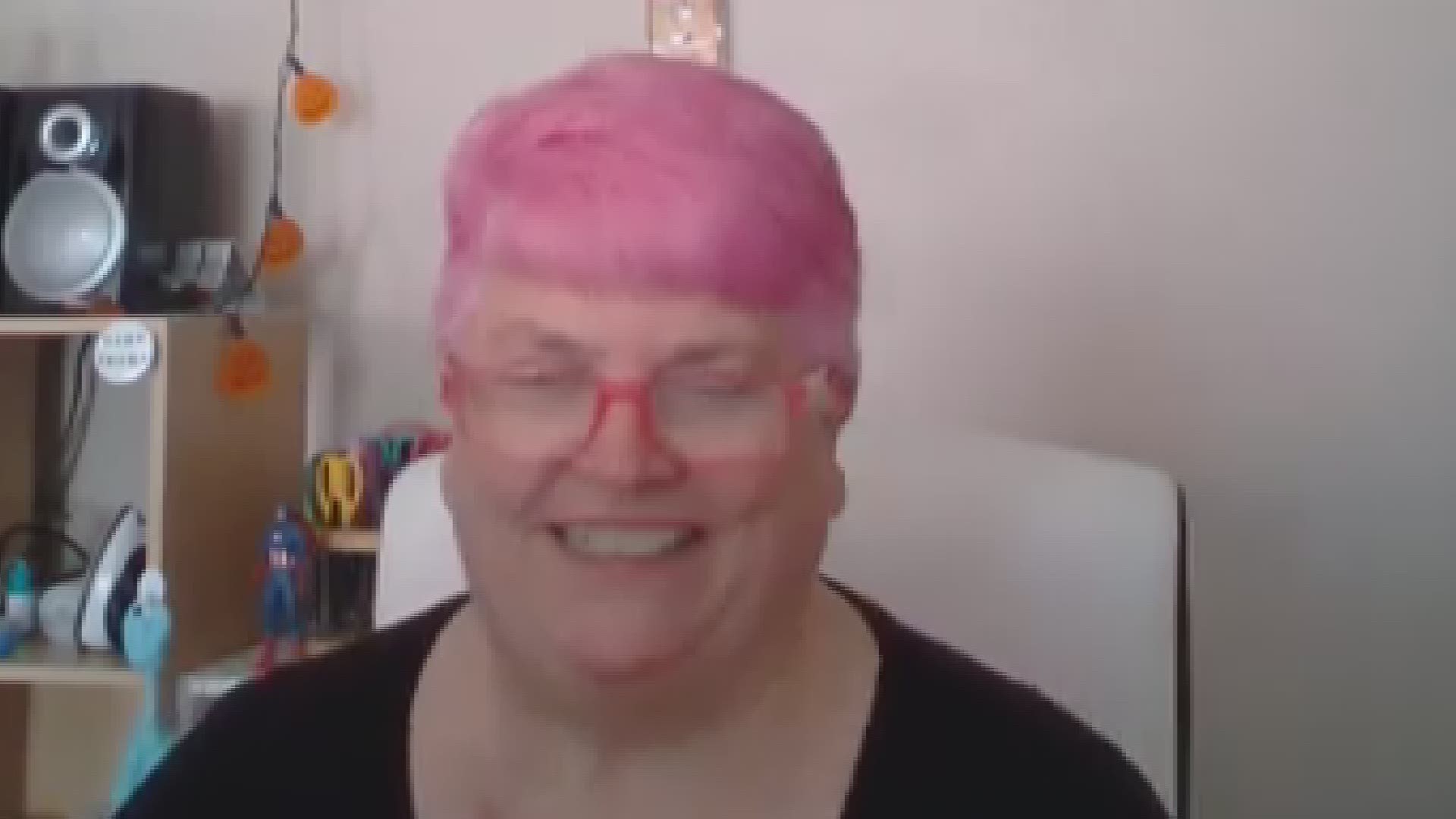 ST. LOUIS — Lots of families will only be seeing relatives through their computer webcams this holiday season. It’s an opportunity to start a discussion about who else is trying to reach out to them online.

For four years, Patsy Roach has been starting - and ending - conversations with people who claim they’re in love with her. She records her online dating adventures on a blog where she documents who reaches out. In her experience, the sweet nothings that many strangers send her are scams.

“Most will say they’re in the military," Roach said. "Others will be, 'Well, I'm on an oil rig or I'm a doctor working for the military.'”

She doesn’t let up when she hears their backstory. Some of her suitors drop the act when they see she isn't buying it.

Roach began hunting for impostors after she encountered a scammer posing as a member of the military on Match.com. She didn’t fall for it, and now she uses her blog to help skeptical targets of scammers see the common excuses and cover stories they use.

Tracy Berry, the Elder Justice coordinator for the Eastern District Court of Missouri, has seen the cost when the scammers succeed.

“Some of the stories that we heard were, the victims are told, ‘I need you to send me $10,000 because I am in Syria on a military mission and I need the money to fly myself back home,’” said Berry. “These victims are vulnerable, these victims want to be in love with that individual. They want to believe what's being said. And so they're not questioning it.”

Sometimes, Berry added, prosecutors investigating a scam have a hard time convincing victims to stop sending money until they share overwhelming evidence. She said that scammers have all the resources to create the perfect heartthrob.

“The fraudsters are having the ability to glean a lot of information and they're doing a lot of social data mining, wherein they’re learning what makes that victim tick,” said Berry.

Roach has been keeping track of the profile photos that the scammers use to build their identities. A few have used easily recognizable celebrities, including Keanu Reeves, Prince Andrew, and Billy Idol.

“’Chris Pratt’ wanted me to set him on iTunes gift card,” she said. “Some of them say, 'Let's video chat, OK?' They'll use real grainy video of Keanu.”

Most scammers are just using photos they find online of total strangers.

“Some of these pictures have been used on me over and over and over,” Roach added. “But it's not probably the same person using it.”

In 2019 alone, the Federal Trade Commission received 25,000 reports about romance scams. Those reports added up to more than $201 million in losses from victims.

The amount of money lost to romance scams last year is six times higher than it was five years ago.

“Incidents that we are seeing are not isolated. They are all part of a bigger scheme and it may be one group operating independently and then selling their fraud list to another group. So what we're seeing is individuals who are being repeatedly victimized by several different crews,” said Berry.

The FTC data shows that the people most at risk of falling for a romance scam are between the ages of 40 and 69. People above the age of 70 reported being scammed out of the most money, an average of $10,000 per report.

Advances in technology are making scammers’ jobs even easier. Software aided by machine learning can create convincing fake photos that don’t appear anywhere else online and videos or audio that complete the impersonation.

“It's called Deep Fake. These individuals are using artificial intelligence in order to manipulate videos and give the victim the impression that they're actually talking to a real person—when in actual fact, it's somebody in some call center that is just manipulating video,” said Berry.

Roach shares chat logs, phone calls, and other examples of the scams she encounters on her blog. “I want people to hear what they sound like because - trust me - they're not the guys in the picture,” she said. “I just don't want to see people take advantage of them.”

The FTC warns everyone to be skeptical of new contacts online. The commission recommends that internet users never send money or gift cards to anyone they don't know.

One easy way to find out if a scammer is using someone else’s photo is to do a reverse image search on Google (using the camera icon in the search bar) or TinEye.

If you suspect you’ve been targeted by a romance scammer, or if you think a family member may have fallen for one, report the incident to law enforcement. In some cases, Berry said, people can get involved if they see someone else being victimized.

“Family members are stepping in a lot sooner and they're reporting it to law enforcement,” said Berry.