An endangered missing person advisory had previously been issued for Kanishia and Ava on Jan. 13 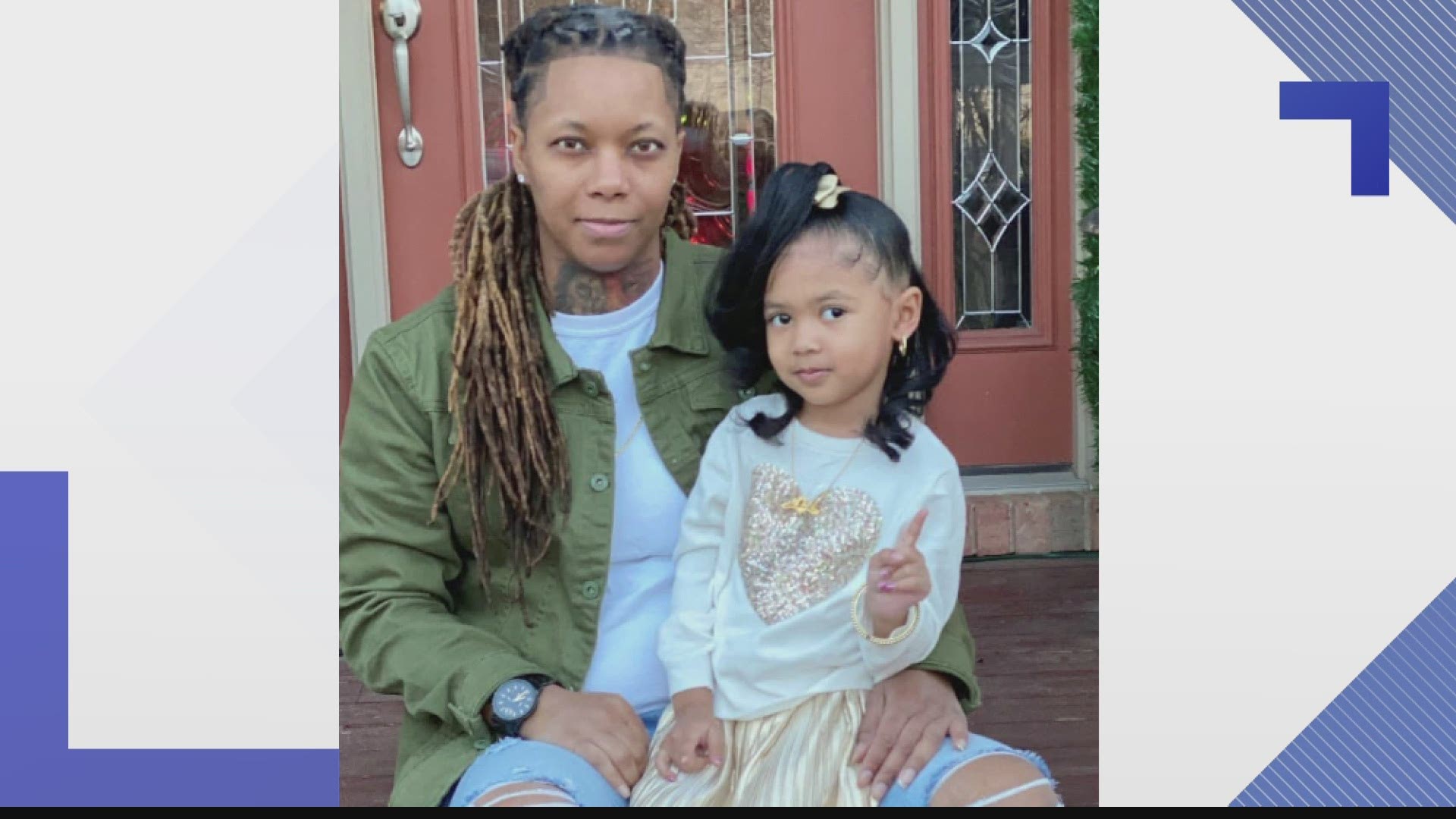 According to the Bridgeton Police Department, 37-year-old Kanishia Richardson and 2-year-old Ava Richardson were found dead inside an SUV parked at an apartment complex in the 12100 block of Nottingham Lane in Bridgeton.

An endangered missing person advisory had previously been issued for Kanishia and Ava on Jan. 13. Police previously said the two were last seen at a Chick-Fil-A in north county.

An official cause of death has not been released. Police have not released any further details.