"A new and much different Boardwalk Waffles and Ice Cream will open," the owner told the St. Louis Business Journal 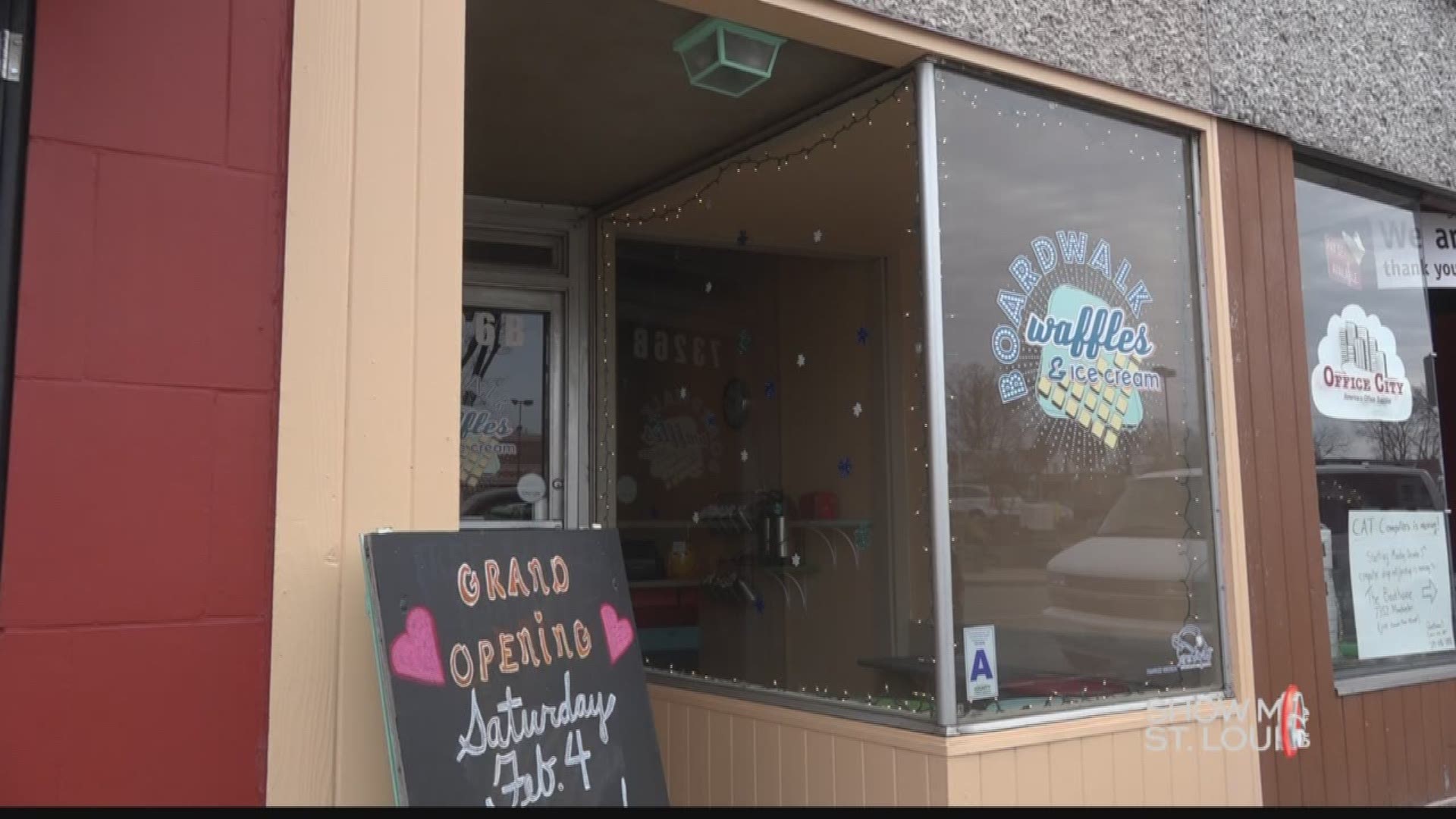 MAPLEWOOD, Mo. — Boardwalk Waffles & Ice Cream is on to bigger and better things.

"I've poured blood, sweat and tears into this stumbled-upon love of mine but it's time to move on to bigger and better spaces!" Moore said in an email to the Business Journal. "A new and much different Boardwalk Waffles and Ice Cream will open just six days later."

The current location will close after service Sunday, according to a Facebook posting. The new location will open Aug. 15 with new menu items, weekly live music, and a waffle brunch available on Saturdays and Sundays. New menu items include homemade waffle cones, bowls and new flavor waffles, as well as more ice cream flavors to choose from — 24 to be exact.

Moore also plans to add liquor-infused milkshakes, toppings and syrups once he receives a liquor license in the coming weeks. In addition, Boardwalk will offer to-go pints of ice cream and frozen waffles, as well as CDB-infused ice cream.

He first opened Boardwalk in Maplewood in 2017, and told the Business Journal in November that the shop would move to a new space. Moore initially planned to open the new space in February, before the region's stay-at-home orders due to the pandemic. The shop has continued to offer pickup, delivery and outside seating at its current location.