As Feasting Fox closes, owners reflect on its history

Luepker was born in a house on the south St. Louis road in 1939. When he grew up, he and his wife Sue bought and restored the former Gretchen Inn, a historic tavern at the intersection of Grand and Meramec. They ran it for 25 years as The Feasting Fox Restaurant & Pub, finally closing it this year amid the COVID-19 pandemic.

In its evolution from marketing tool to beloved icon, the Dutchtown building became not just part of Marty and Sue Luepker’s lives, but part of St. Louis’ history. As they close the Feasting Fox and sell off its antiques, the Luepkers look back on how they became guardians of a local legacy.

From Gretchen Inn to the Feasting Fox

It started with a call for help in 1992. Anheuser-Busch was selling the former Gretchen Inn, a family-friendly tavern it had built in 1913 to try to sway public opinion away from Prohibition. After decades of management by restaurateur Al Smith, the now-vacant pub was going to be torn down. Trying to help Anheuser-Busch find a better solution, Dutchtown South Community Corp. reached out to the Luepkers, who had just finished rehabbing some buildings down the street.

“We said, ‘Sure, let’s just try,’” Sue recalls. Then in her 50s, she had recently taken a buyout from May Department Stores, a predecessor to Macy’s. Her husband Marty’s parents owned rental properties and had gotten them into rehabbing buildings.

“I guess it was like, ‘I need something to do. It’ll be fun,’” Sue says. “We did so much of the labor ourselves. I think I wore Marty out.”

The Luepkers worked on the building from 1993 to 1995. Soon after the Feasting Fox opened, Anheuser-Busch released three new beers and asked the Luepkers to create special appetizers to pair with them.

“We were highly surprised when they brought the Clydesdales to deliver the beer,” Marty says. “They said they don’t know when the Clydesdales have ever delivered beer to a bar. It made a really fun day except for the police. The police said, ‘If you’re going to bring horses down Grand Avenue, tell us.’”

That kicked off the Luepkers’ 25-year adventure as restaurateurs. They decorated the restaurant and adjoining event space, Gretchen’s Inn Banquet Facilities, with items from antique shops. The furnishings ranged from elegant to eclectic.

“We have probably the smallest television of any restaurant in town,” said Marty. “We used to hang a sign up: ‘Come in and watch the football game on our 12-inch, black-and-white television.’”

The Luepkers’ fondest memories of the restaurant, however, are the friendships it fostered.

“We would have celebrations for Easter and Mother’s Day in Gretchen, and a lot of anniversaries and special events at the Fox,” Sue says. “And over that time, that’s like your family. So many good friends and good times. Before you know it, you wake up and you’re old.”

Whenever the Luepkers tried to retire and sell the Feasting Fox, something fell through. Last year, they found a man who said his uncle in California would pay cash for the building.

“It was really rainy last year, and he said, ‘My uncle won’t fly in the rain,’” Sue said. “So every time the uncle’s coming, it rains. He never made it.” 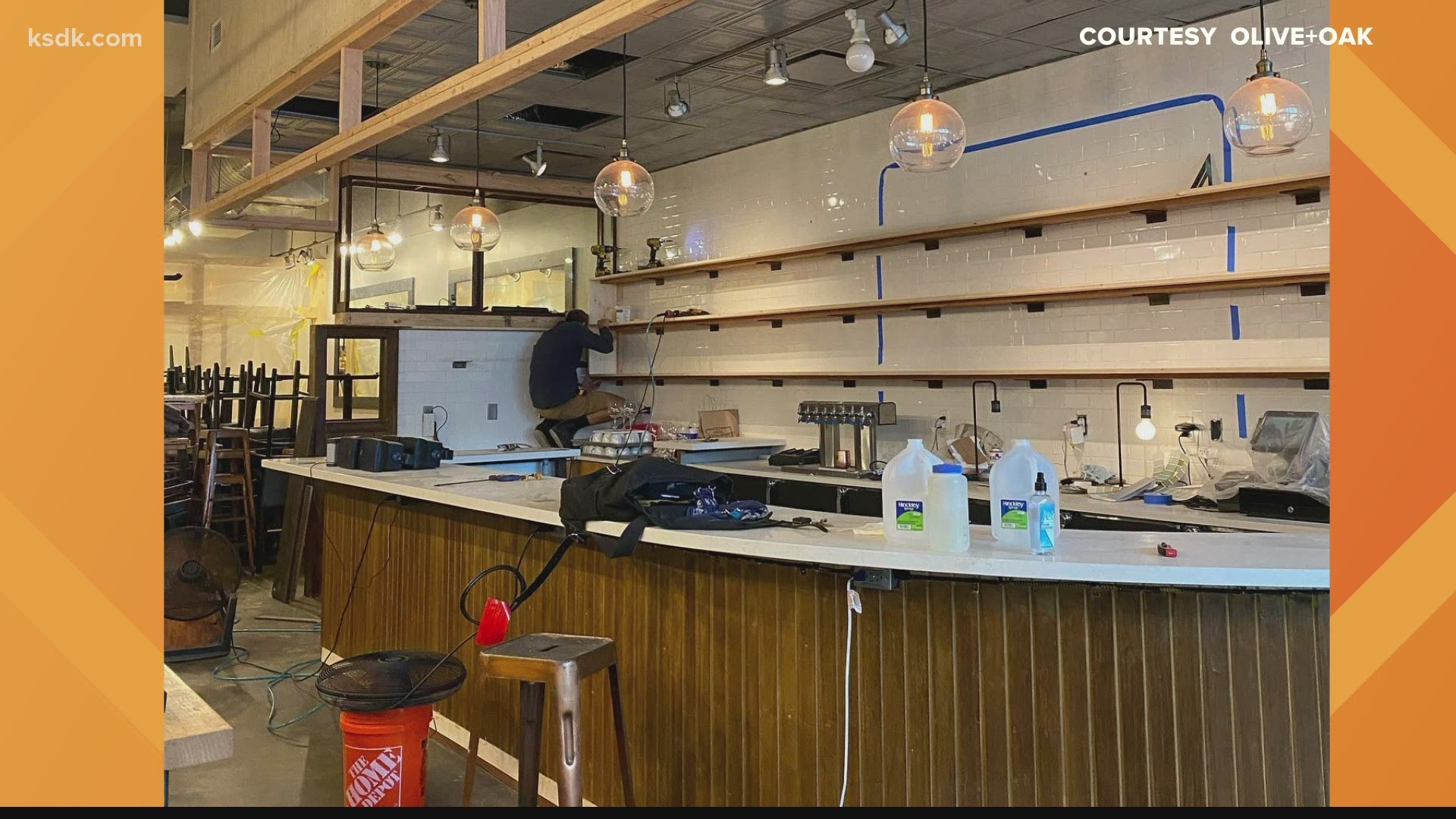