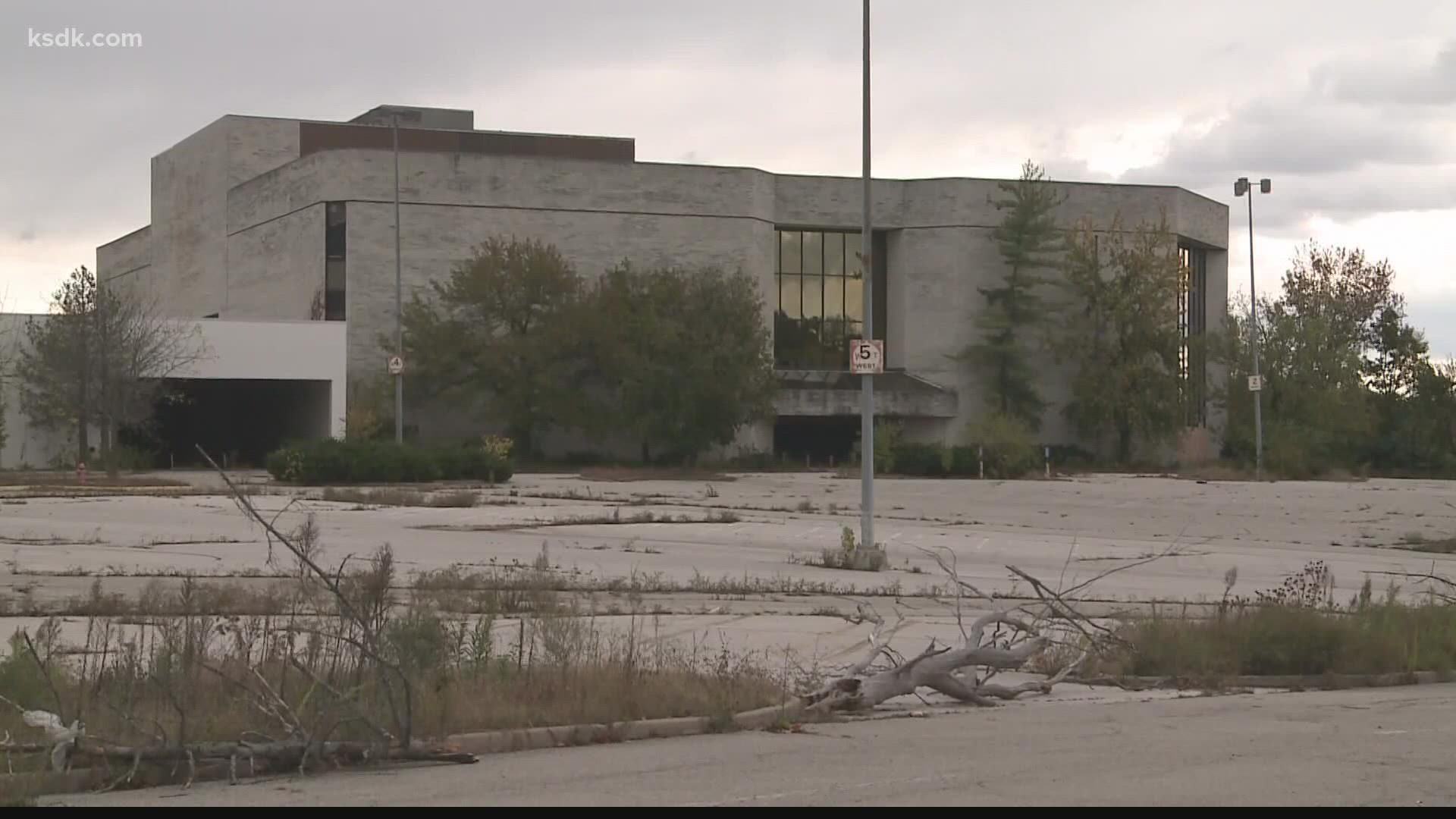 ST. LOUIS COUNTY, Mo. — Demolition of the former Jamestown Mall could happen late next summer at the earliest according to the latest timeline from the St. Louis County Port Authority, which owns the shuttered mall. But it's not yet clear how the demolition will be funded.

Civil engineering firm Stock & Associates is currently surveying how to demolish the 1.5 million square feet of buildings at the 145-acre former mall, which is located at the intersection of North Highway 67 and Old Jamestown Road in north St. Louis County. The topographic survey and grading plan, which will take weeks to finish, is the first significant step toward demolition.

But in the timeline set out by port board officials at a meeting last week, the earliest demolition could start is the third quarter or late summer of 2022.

That’s about a year later than the preliminary estimate offered at a press conference in June, when officials said they would work together to demolish the mall and find a new use for the site. Neighbors around the mall have repeatedly rejected a plan to turn the site into an industrial logistics center as proposed by Kansas City-based NorthPoint Development.

Meanwhile, maintenance costs for the vacant mall are mounting after a burst water pipe flooded the building in October and required five days of repairs, with the final bill still to be determined.

A price tag for demolition has also not been determined. Economic development officials are still not sure how the mall’s demolition will be funded, but had promised to pursue state and federal sources. A recent meeting with Deloitte, a consultant for St. Louis County and its federal pandemic funding from the American Rescue Plan Act, ended with St. Louis Economic Partnership CEO Rodney Crim unsure that any federal funds for Jamestown would come from that legislation.