Two other people were seriously injured in the crash 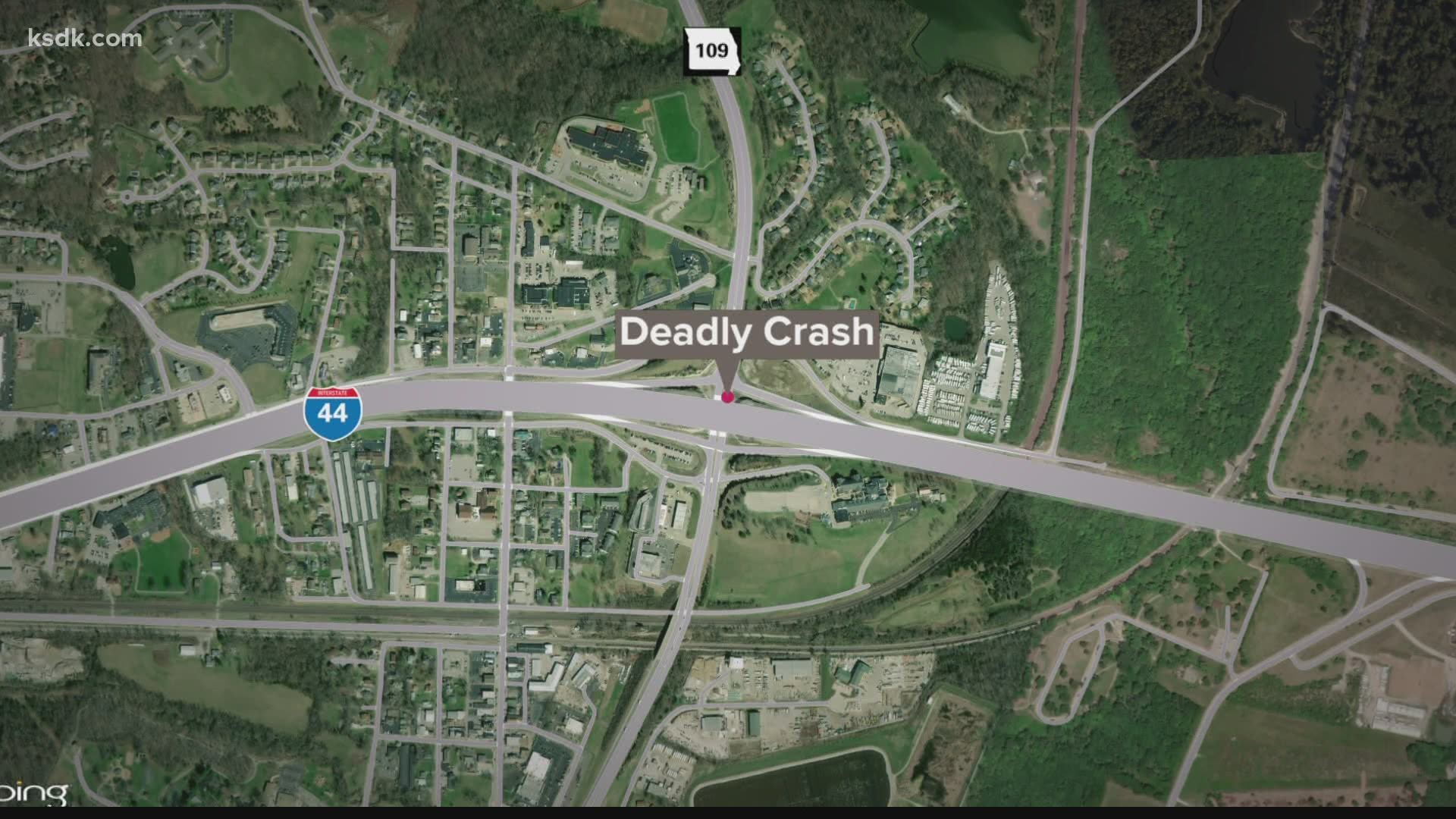 ST. LOUIS COUNTY, Mo. — The westbound lanes of Interstate 44 in Eureka were closed for several hours after a fatal crash Tuesday morning.

The first crash involved a pick-up truck and a tractor-trailer truck. There were no injuries in that crash, according to Missouri State Highway Patrol.

Two women who saw the crash got out of their car to check on the people involved.

The second crash happened when another tractor-trailer approached the scene of the first crash.

The truck hit the brakes, skidded and hit an SUV in a center lane. The collision caused the truck to jackknife, MSHP said.

The semi hit the two women who were checking on the people in the first crash. One of the women was killed and the other was taken to the hospital with serious injuries.

The woman who was killed has been identified as 30-year-old Heather Baker of Kirkwood.

The driver of the semi was also taken to the hospital with serious injuries.

Westbound I-44 reopened around 3 p.m.

All lanes of I-44 near Rt. 109 are now open. The on line crash report will be available as soon as family of deceased has been notified. pic.twitter.com/23AzT5PMfG