The woman was identified as 29-year-old Domonique Hicks 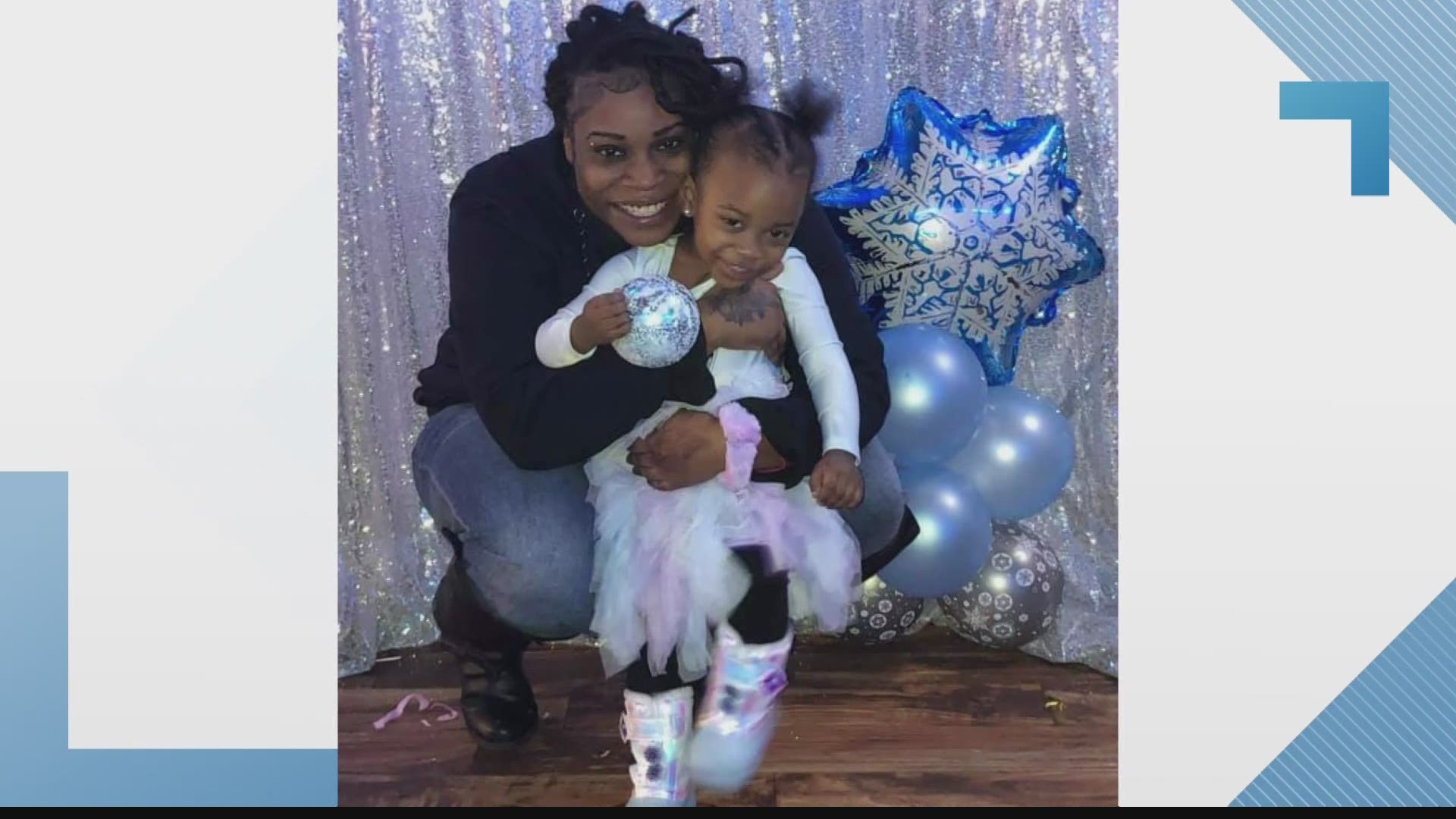 ST. LOUIS — Malinda Stokes says she cherished the daily phone calls she received from her daughter, Domonique Hicks, and her granddaughter, Damonni.

During an exclusive interview with 5 On Your Side, Stokes said she last spoke with Domonique, 29, on Friday.

"She was excited. She was getting ready to move to a better place and start new beginnings with her baby," said Stokes.

According to the St. Louis Metropolitan Police Department, a Chrysler PT Cruiser that Hicks and her daughter, both of Florissant, were riding in was traveling southbound on Lewis and Clark Boulevard approaching Halls Ferry Circle.

The driver, identified by Stokes as her daughter's former boyfriend and Damonni's father, continued on Halls Ferry Circle at a high rate of speed. He ran a stop sign and struck the curb that surrounds a grass median, sending the car airborne. It struck two trees before coming to rest.

"My daughter and granddaughter were lying on the ground," said Stokes. Her daughter died.

Stokes said her 2-year-old granddaughter is not doing well.

"The doctors want me to pull the plug, but I'm not because I know there's a God," she said.

The accident Saturday morning was the second time Stokes lost a child.

In September, Eric Hearten, Stokes' 25-year-old son, was shot and killed in north St. Louis County. A man was charged in that case.

Now, as Stokes prepares to bury her daughter, she is praying her granddaughter receives a miracle.

"Family, friends, the only thing we're asking is for you all to do is pray with us. I'm praying for all of us," said Stokes.

There have been other crashes in the area of the Riverview Boulevard and Halls Ferry Circle intersection in recent years.

Since February 2015, the Missouri State Highway Patrol reported 56 people were injured and two, including Hicks, died in crashes near there.

The St. Louis police accident-reconstruction team is handling the investigation into Saturday's crash.