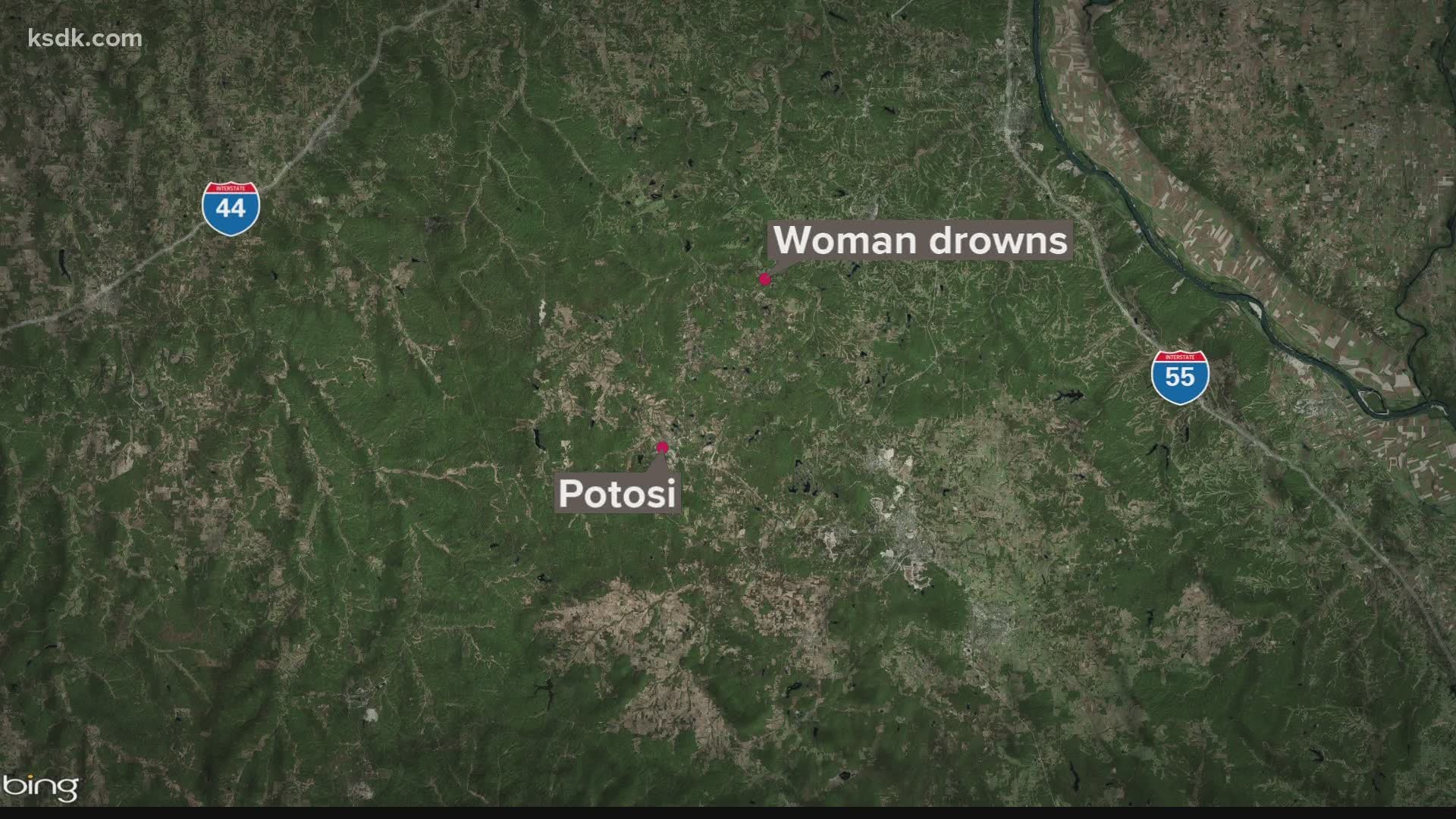 POTOSI, Mo. — A woman drowned and her husband had to be treated on the shore of the Big River at Washington State Park near Potosi Tuesday afternoon.

A spokesman for the Missouri State Highway Patrol said their water patrol officers were sent to the park for a water rescue at around 3:30. The woman's body was found along the shore and she was pronounced dead on the scene.

She was identified as 67-year-old Monica Boyer of Cadet, Missouri.

The male swimmer, which the DeSoto Rural Fire Protection District said was Boyer's husband, received medical attention from first responders on the shore.

According to an incident report from the Missouri State Highway Patrol, Boyer was wading in the water near the boat access at Washington State Park when it became too deep. Her foot slipped and she went under the water.

Her body was found by a kayaker on the shore downriver from where she went under, according to the fire department.

This is the third drowning in the Big River in less than a month.

On May 23, a child drowned in the Big River in Jefferson County.

The victim was an 11-year-old from Cedar Hill, according to a report from the Missouri State Highway Patrol. The child was swimming when he got stuck on a log in the middle of the river and went under the surface.

The report says he was wearing a safety vest. The incident happened at around 3:20 p.m. Officials said the drowning happened on private property off of Riverview Drive near Highway B.

On Friday, one man drowned, and when his future brother-in-law tried to rescue him, first responders had to rescue him from the Big River at Byrnes Mill City Park.

Byrnes Mill Police Chief Frank Selvaggio said first responders were called to Byrnes Mill City Park Friday afternoon after receiving a report of multiple people going under the water and not resurfacing at around 3:30.

Selvaggio said the 59-year-old man was at the park for a family celebration when he went for a swim and did not resurface. He said another member of the man's family went in to try and save him, but the second man also didn't resurface.

The second man was rescued and taken to the hospital for treatment. He is expected to be OK.

Selvaggio said the body of the 59-year-old man was recovered by first responders at around 5:30 p.m.