Worker dies after being trapped in Imperial business fire 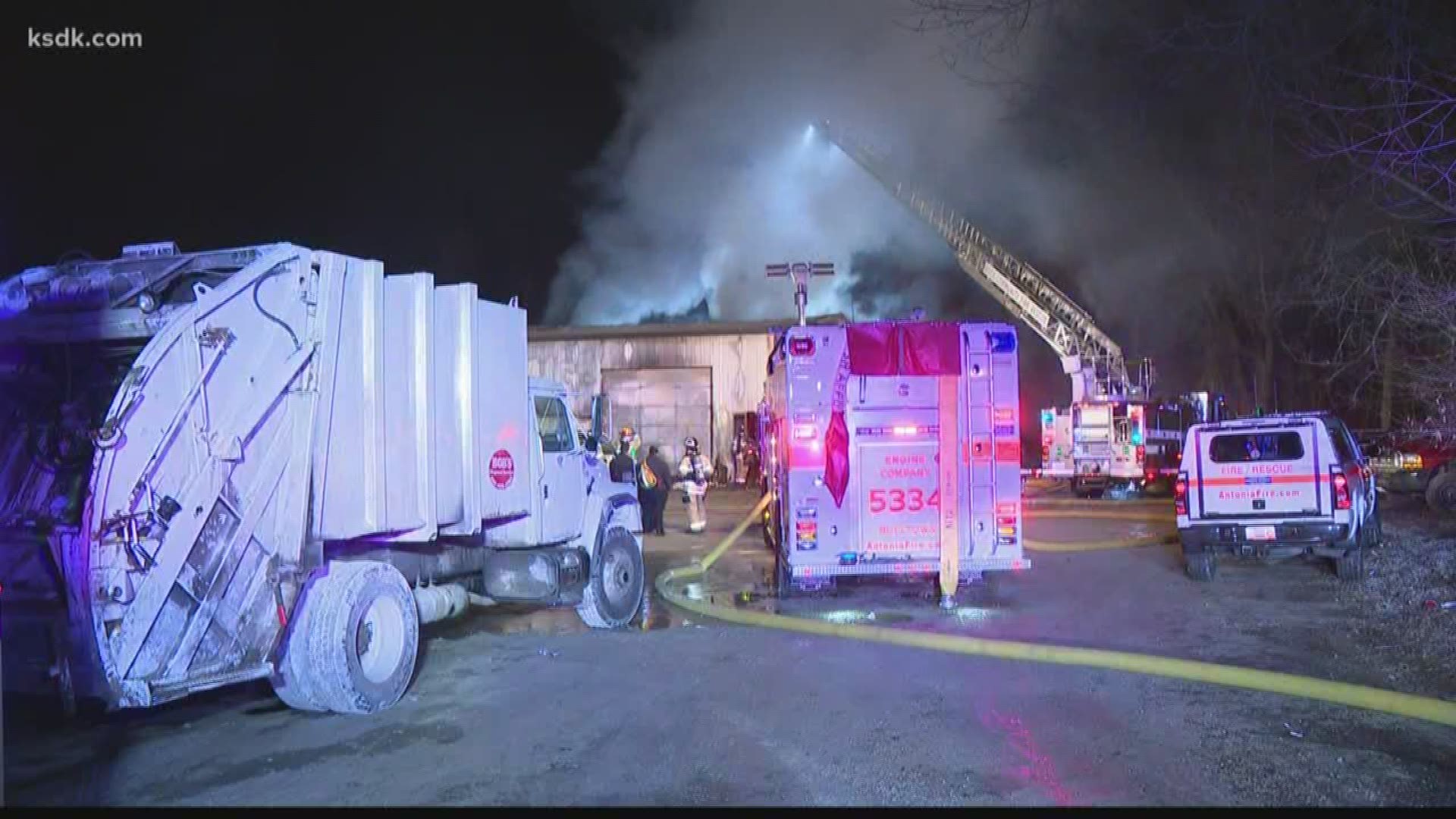 IMPERIAL, Mo. — One person was killed in an early morning fire at an Imperial business Tuesday morning.

Fire crews responded to Bob’s Disposal Services at 883 Big Z Blvd. around 4:25 a.m. The fire took about 30-35 minutes to get under control.

According to Rock Community Fire Protection chief Broombaugh, workers tried to get a person out of the business before they arrived, but they couldn't get in due to a door being locked.

Broombaugh said the person killed was an employee of Bob's Disposal Services. On Wednesday, he was identified as 51-year-old Ivan S. Johnson of Imperial, Missouri.

Another employee was injured during the fire and was treated on scene, officials said.

An employee told a 5 On Your Side photographer that residential trash service won't happen in St. Louis County south of I-270 and all of Jefferson County on Tuesday. Commercial trash service will still happen.

A press release from the Jefferson County Sheriff's Office said the fire did not appear to be intentionally set, but it is still early in the investigation.