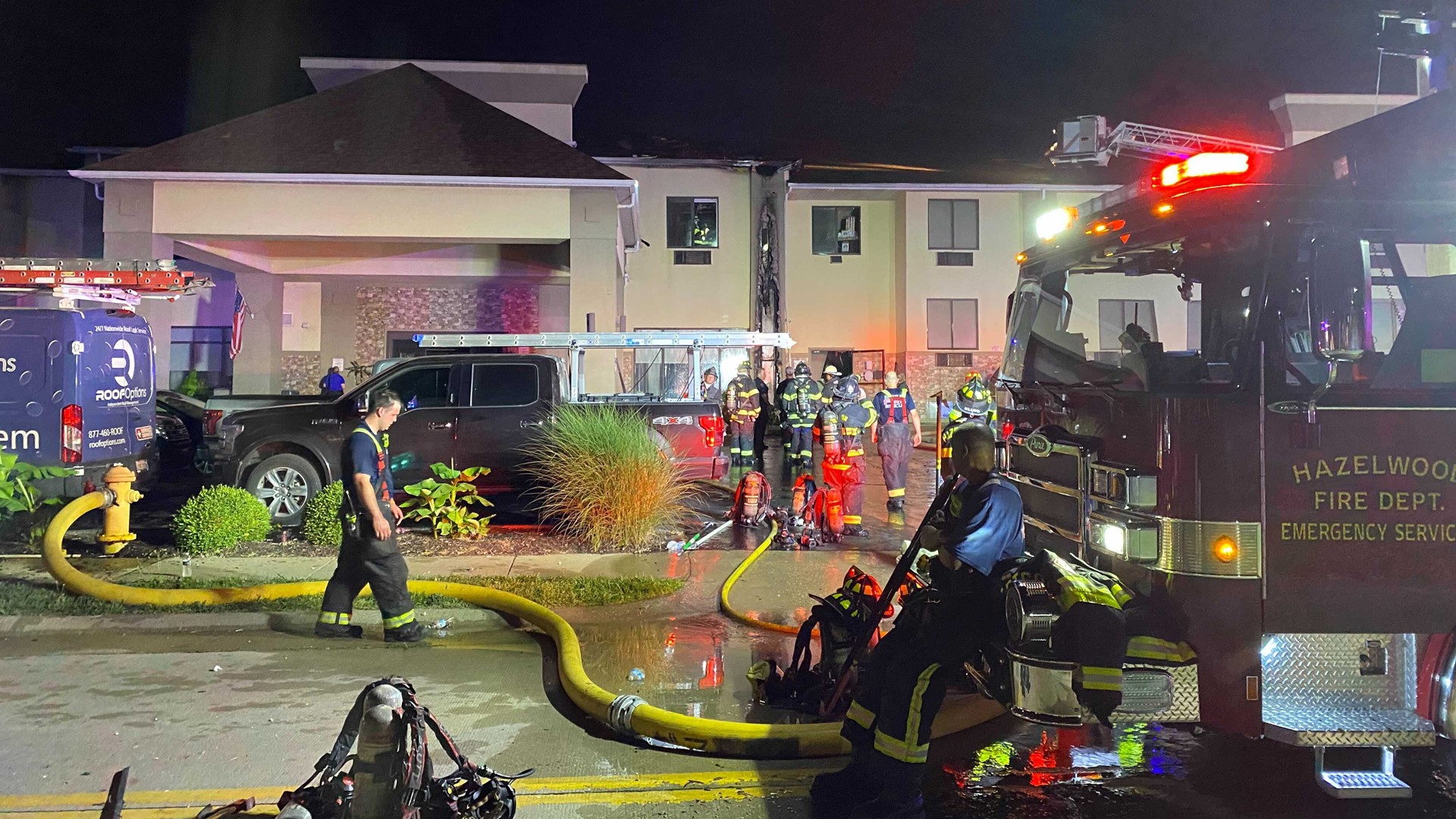 HAZELWOOD, Mo. — A Hazelwood police officer suffered smoke inhalation while responding to a fire at a hotel early Thursday morning.

At around 1:45 a.m., the Hazelwood Fire Department was called to the Comfort Inn & Suites on Douglas Palmer Place for a fire.

Hazelwood police were the first to arrive at the scene. Police found heavy smoke and flames coming from a room on the third floor and the flames were spreading out of the window and into the attic.

Fire officials told 5 On Your Side they believe the fire started on the ground outside of the building and flames climbed up the exterior. The fire department believes the cause of the fire may have been a cigarette, but they are still investigating.

About 80 people were staying at the hotel and they were all able to get out safely. One police officer suffered smoke inhalation and was treated at the scene and was given oxygen. The officer is expected to be OK.

One of the guests at the hotel, Robyn Caruthers from Tulsa, Oklahoma, talked with 5 On Your Side about her experience escaping the fire.

"We get up and we go out, I'm going the wrong way out the door and my husband gets me going towards the stairs and there's smoke everywhere and it's loud, everybody's trying to leave," Caruthers said.

You can hear more from Caruthers in the video below: 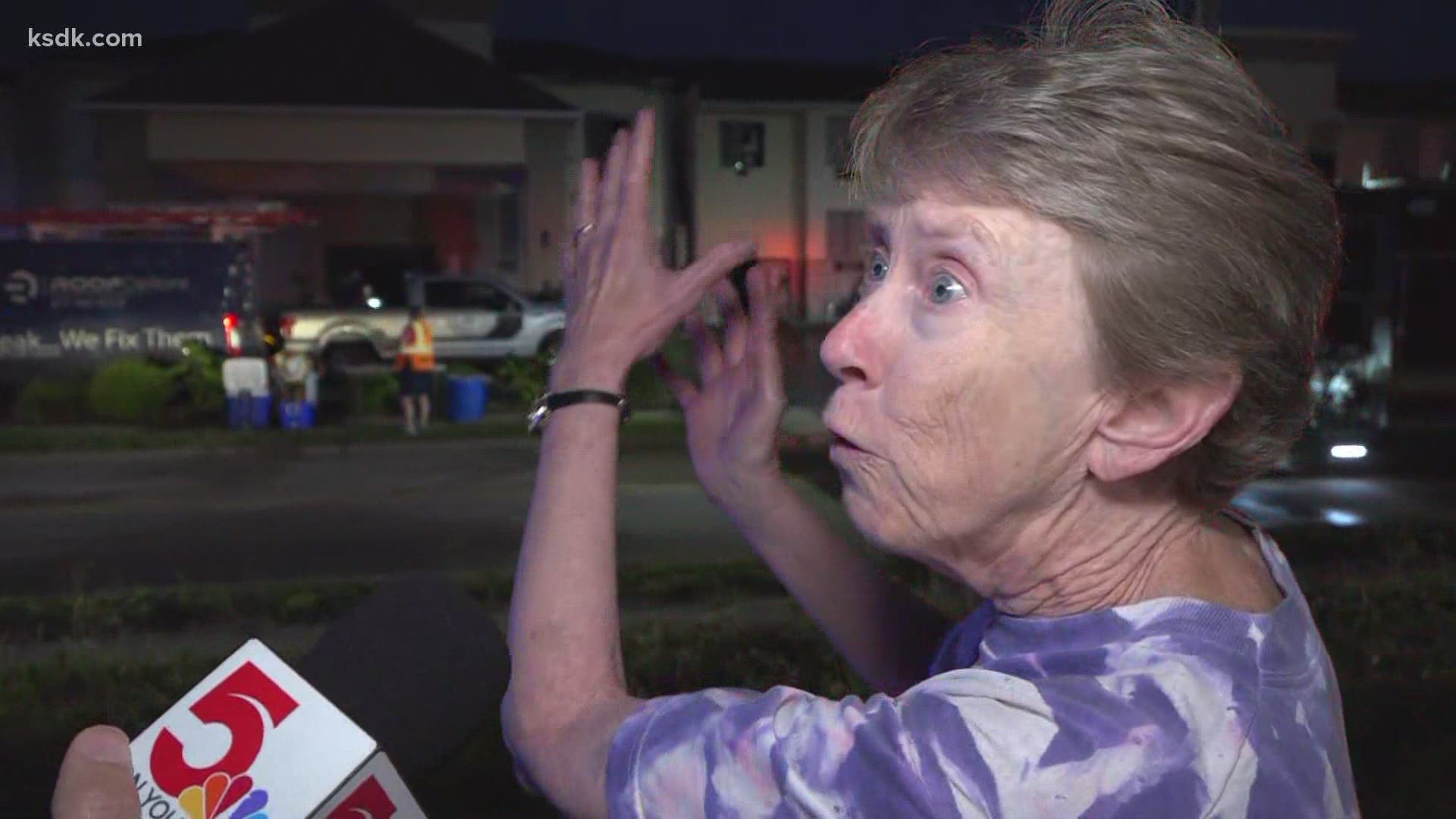 A total of 21 fire trucks and three ambulances were called to the scene from various agencies. The bomb and arson team also responded to help investigate due to having more resources to help confirm the exact cause of the fire.