Fungus in Illinois fields could cause national pumpkin shortage this fall

Illinois produces around 80-90% of the country’s pumpkins, and while the fields are still full there’s a problem growing on the vine 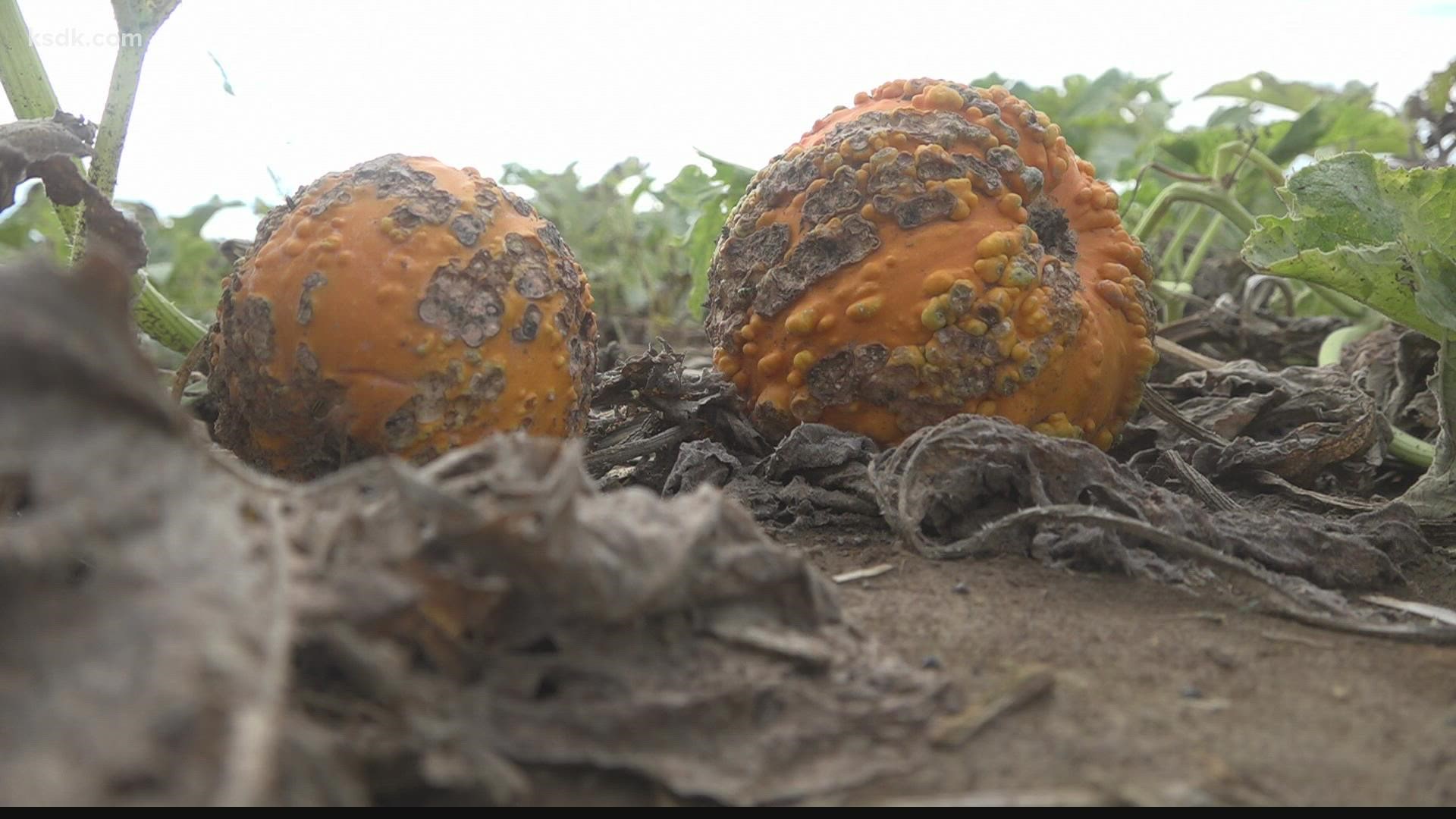 BELLEVILLE, Ill. — If your family has plans to go pumpkin picking you may want to head to your local patch early this year.

Every fall, people flock to Eckert’s Farms to pick their favorite pumpkin.

“It’s one of our biggest crops,” said Jerry Hearn. “Generally between the three farms in Illinois we see about half million people in about six weeks.”

Eckert’s alone will grow in excess of 2 million pounds of pumpkins, but this year pumpkin pickers across Illinois are spotting a problem.

“It might not be as bountiful as it was in the past,” said Hearn.

Illinois produces around 80-90% of the country’s pumpkins, and while the fields are still full there’s a problem growing on the vine.

“We have to be very careful and work very hard to make sure this disease doesn’t grow out of control,” said Dr. Babadoost.

The disease can often be easy to spot since it causes pumpkins to prematurely rot.

“You want to look at a pumpkin that is bright and colorful,” said Raghela Scavuzzo, Executive Director of the Illinois Specialty Growers Association.

The biggest difference many people will notice actually won’t be with their Jack-o-Lantern.

“When you’re ready for Thanksgiving and you’re looking for that canned pumpkin, or if you’re trying to buy it right now, you might not find the canned pumpkin on the shelves,” said Scavuzzo.

You can pick your own pumpkin 7 days a week at any Eckert's locations in the Metro East through the month of October.