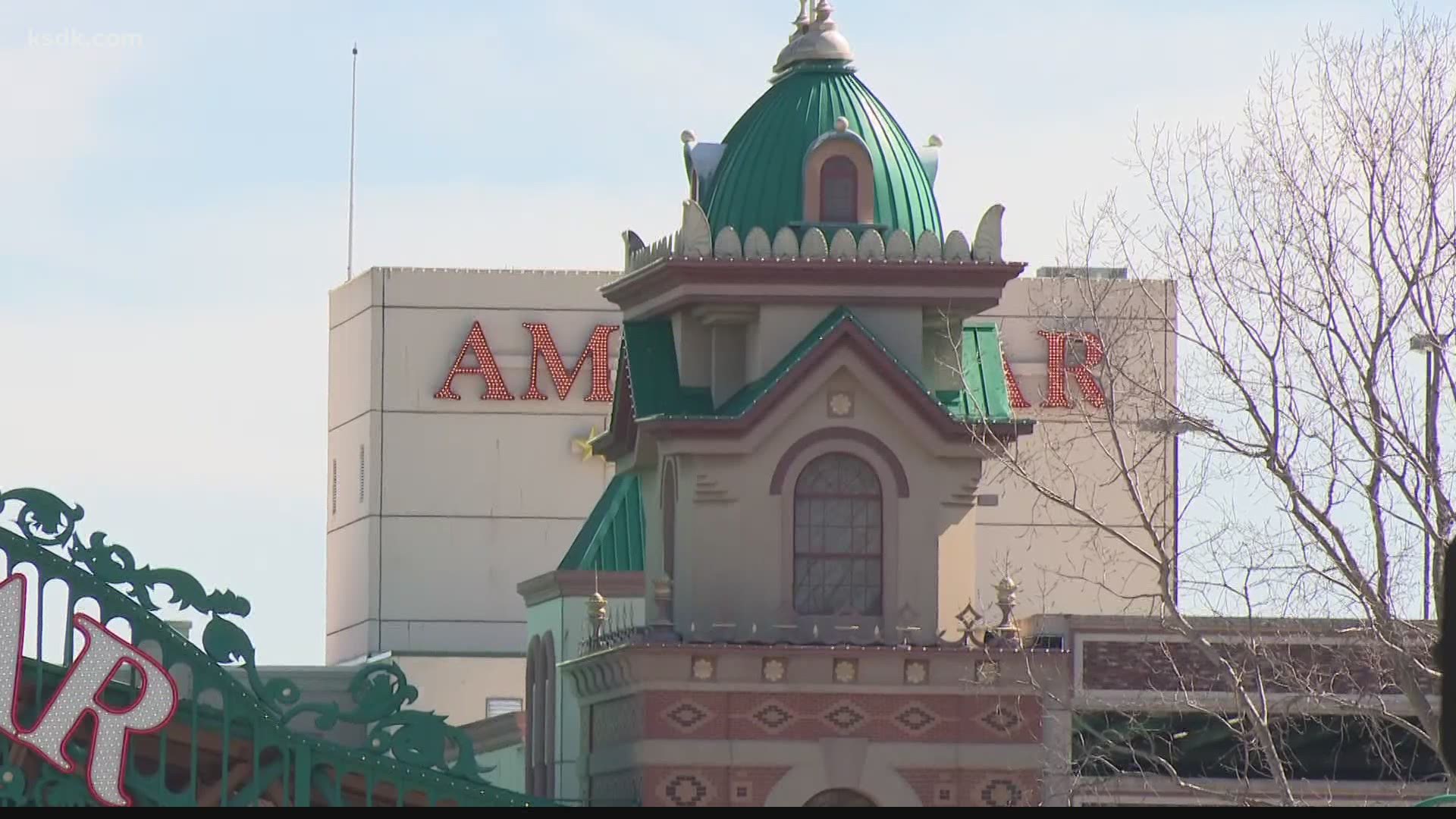 ST CHARLES, Mo. — A gay couple said they are the victims of a hate crime following an attack at Ameristar Casino early Saturday morning. St. Charles county police confirmed the fight but said the evidence doesn't support the crime being motivated by homophobia.

The alleged victim, who wishes to remain anonymous, said he was helping his boyfriend to the car after a fun night at Ameristar. Near the garage, a group of four men walked past them, accusing one of them of making an aggressive gesture towards the couple.

The alleged victim called out the group of four men for the aggressive gesture and words were exchanged. The alleged victim said he was called homophobic slurs and pushed one of the men, then things got physical.

"All I could think about was getting over him, covering as he was getting hit with punches and kicks," the alleged victim said. "He was laying there unconscious."

He said after asking the men to stop the attack, the group left the casino. The blows left the couple hospitalized with nose, eye and mouth injuries. But some of the pain isn't just physical.

"Just know me and him are scared to go anywhere in public," the alleged victim said.

St. Charles County Police said they talked to two men in the group who got physical, both are cooperating with the investigation. The men told police they didn't flinch as an act of aggression, one of the men made a juke step to avoid bumping into the couple headed to their vehicle in the garage. The couple said this attack is a hate crime because they were targeted and verbally abused due to their sexuality. Police said there's no evidence to support that based on what all parties told them.

We want everyone to feel welcome and safe when they visit us. We have zero tolerance for those who commit acts of violence or intolerance, and are working closely with law enforcement in their investigation.

Police said all parties involved admitted to drinking that night. They are in the process of obtaining security video of the incident which they believe will help in furthering the investigation. One thing the tape doesn't have is audio, which would help determine if homophobic language was directed at the couple.