Getting a peek at the St. Louis Wheel

Don’t make the mistake of calling this a Ferris wheel. "Since it has enclosed gondolas it’s an observation wheel." 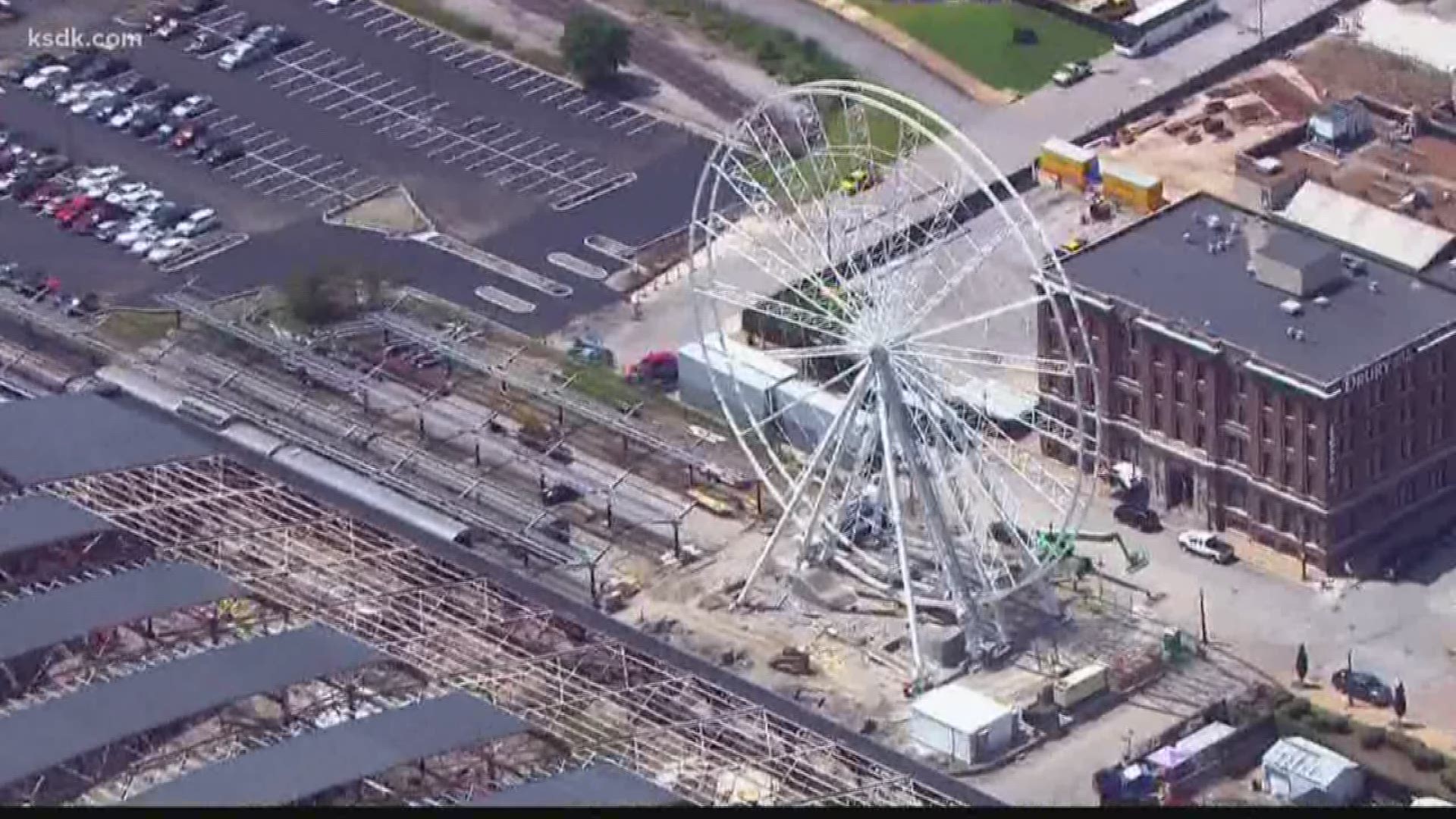 ST. LOUIS — The skyline is changing in downtown St Louis.

"The St Louis’ Wheel is the newest addition to the St Louis skyline," said  Karyn Wilder, general manager of the St. Louis Wheel.

The wheel is up and soon you will see it at night. They're getting 1.6 million LED lights to put on the wheel, and the gondolas aren't far behind.

"The gondolas are being shipped from Europe and will be here at the end of this month," Wilder said.

"Forty-two gondolas, glass all the way around for great views," Wilder said. "They are heated and air-conditioned, so you can ride year-round."

But don’t make the mistake of calling this a Ferris wheel.

The 320-ton, 200-foot-tall wheel is already sparking interest. And it's not the only addition to the area. They are also finishing up a minute golf course and a new restaurant in the old Hard Rock Café location.

If you can see yourself working here now is the time to inquire.