On Tuesday, Erby was relieved of her duties as St. Louis County's director of diversity 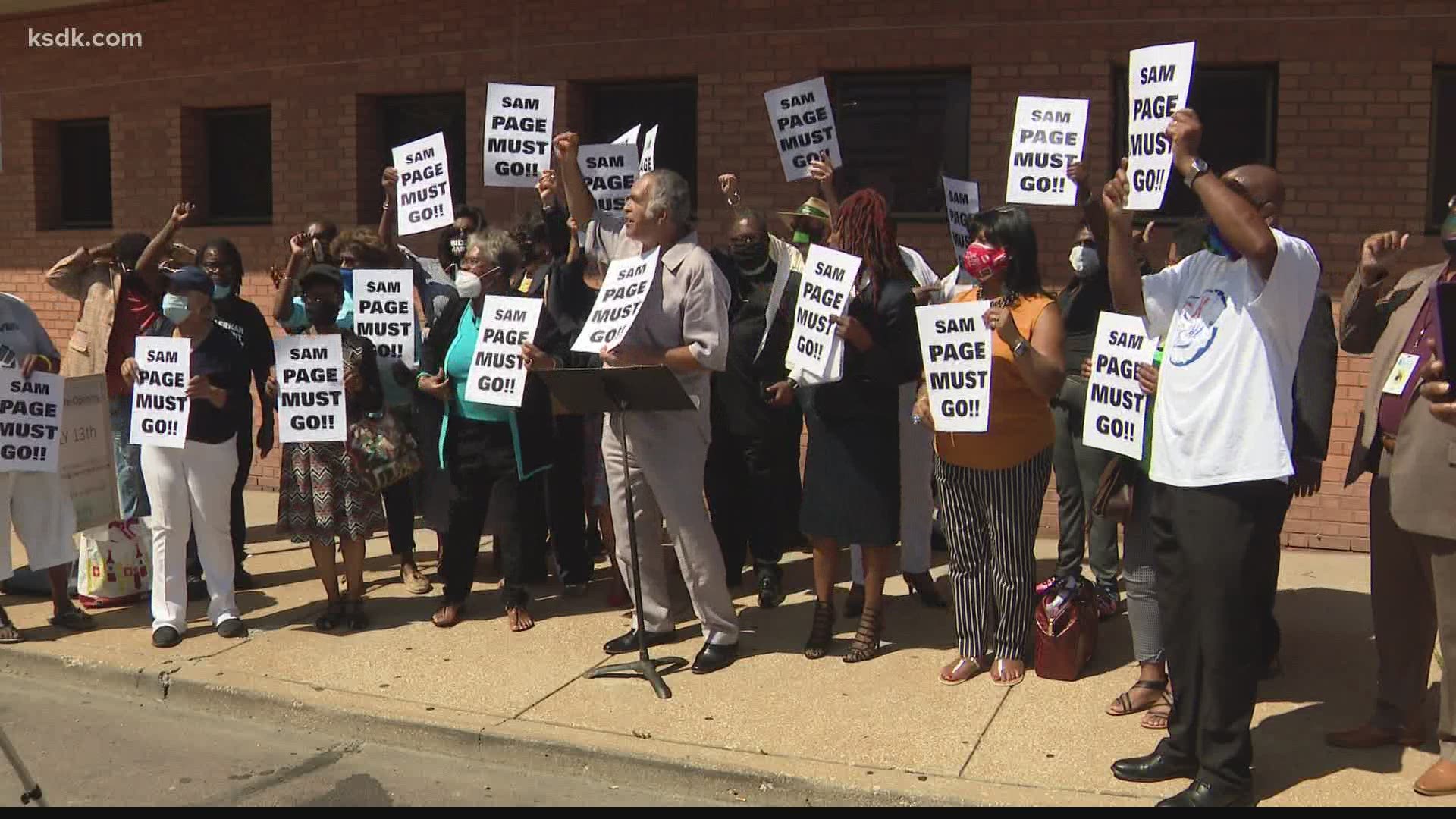 CLAYTON, Mo. — People gathered on Friday afternoon to rally around the former director of diversity for St. Louis County after she was relieved of her duties earlier this week.

Dozens of people gathered in Clayton to protest in support of Hazel Erby.

She tweeted that St. Louis County Executive Sam Page said, “I do not need you on my staff anymore!”

Another tweet followed, “I will not be silent! Blacks are NOT valued in this administration, particularly black women!”

Erby was named the director of diversity in May 2019. Prior to her director position, Erby had been on the county council since 2004 and made history as the first African American female to serve on the council.

St. Louis County Executive Sam Page answered questions about Erby during his scheduled COVID-19 briefing Wednesday morning. Page said he's known her for a long time and added that she was his first choice to lead the new St. Louis County Department of Diversity, Equity and Inclusion. Page said he doesn't regret that choice but he's looking for a change.

"This appointment will benefit so many residents of St. Louis County, who can be positively impacted by Kenny's work in diversity, equity and inclusion," Karen Aroesty, regional director of the Anti-Defamation League, said in a county news release obtained by 5 On Your Side Tuesday night.