It's a sight that Barbara Abbett thought she would never see on this ancient building that's been rooted near Geyer Road since 1834. 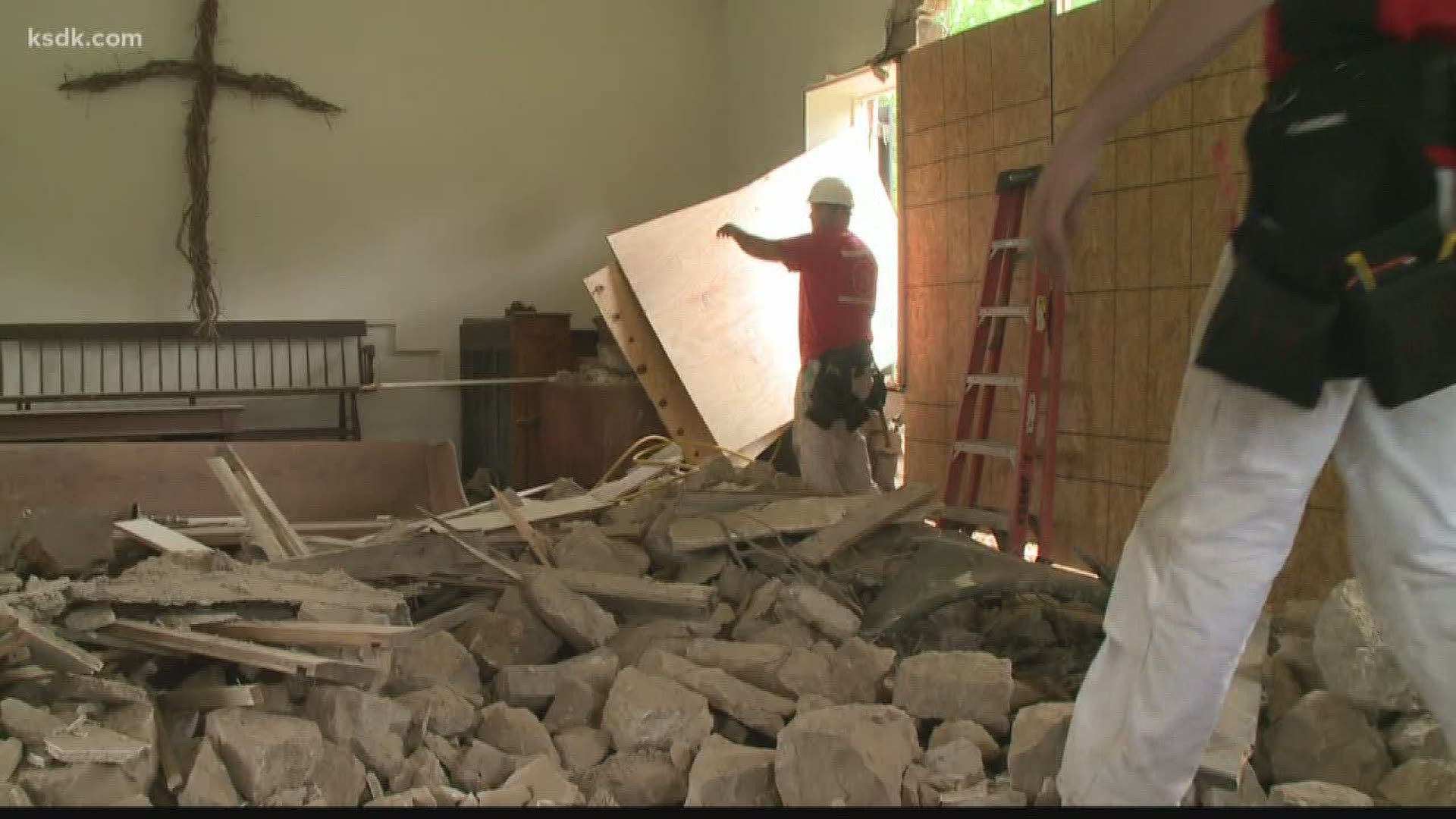 The Des Peres Presbyterian Church in Frontenac has been through many obstacles over the years, but they have experienced something recently, they never have before.

As of Friday morning, you can see rubble and stones scattered all over the ground, broken glass and car parts still lying in the grass.

It's a sight that Barbara Abbett thought she would never see on this ancient building that's been rooted near Geyer Road since 1834.

"I just can't believe what I'm seeing. When I ran into the corner, I just wanted to burst into tears," Abbett told 5 On Your Side.

"A car missed the curve coming south on Geyer Road and came into the church yard,” she said.

Des Peres Presbyterian Church, which is nestled in the corner of a winding road, saw an unexpected guest Thursday morning. From there, the car hit the tree out front and both the tree and the car went into the building.

Abbett, who is the clerk of the church, said they are doing everything they can do restore this piece of treasure that's been broken.

This church is built on three acres of property given by citizens within the community. Each citizen donating an acre a piece, including a cemetery.

"The building is in the national register of historic places. One of the early pastors was Elijah Parish Lovejoy, an abolitionist who was murdered in Alton, Illinois because of his position on slavery," she said.

We are told that a number of slaves were buried there in unmarked graves.

"We put a stone in that recognizes those slaves and the difficult life that they had," Abbett adds.

Beyond its history, they still hold Sunday services during the summer, plus hosting weddings and memorial services.

But the big hole in the church matches their big heart.

Despite the crumbled mess, they are counting their blessings. They are thankful no one was hurt and that the building wasn't hit in a specific manner.

"Had it hit the corner we fear the building would have collapsed. There wouldn't have been a lot to protect the rest of the building, it is just a blessing it really really truly is," Abbett said.

And just like how quickly this wall has come down, it's their faith, that they believe will help build them right back up.

"I just believe we have a congregation that is so devoted to this church that they will pull behind this and the reaction of the community, the reaction from Channel 5 to say what we can do to let the community how important this historic place is,” she said.

Currently, they are working with the insurance company and from there find a contractor who can work on historic buildings.

They plan to restore the building and even use the broken rock out front to bring it back to its original condition.