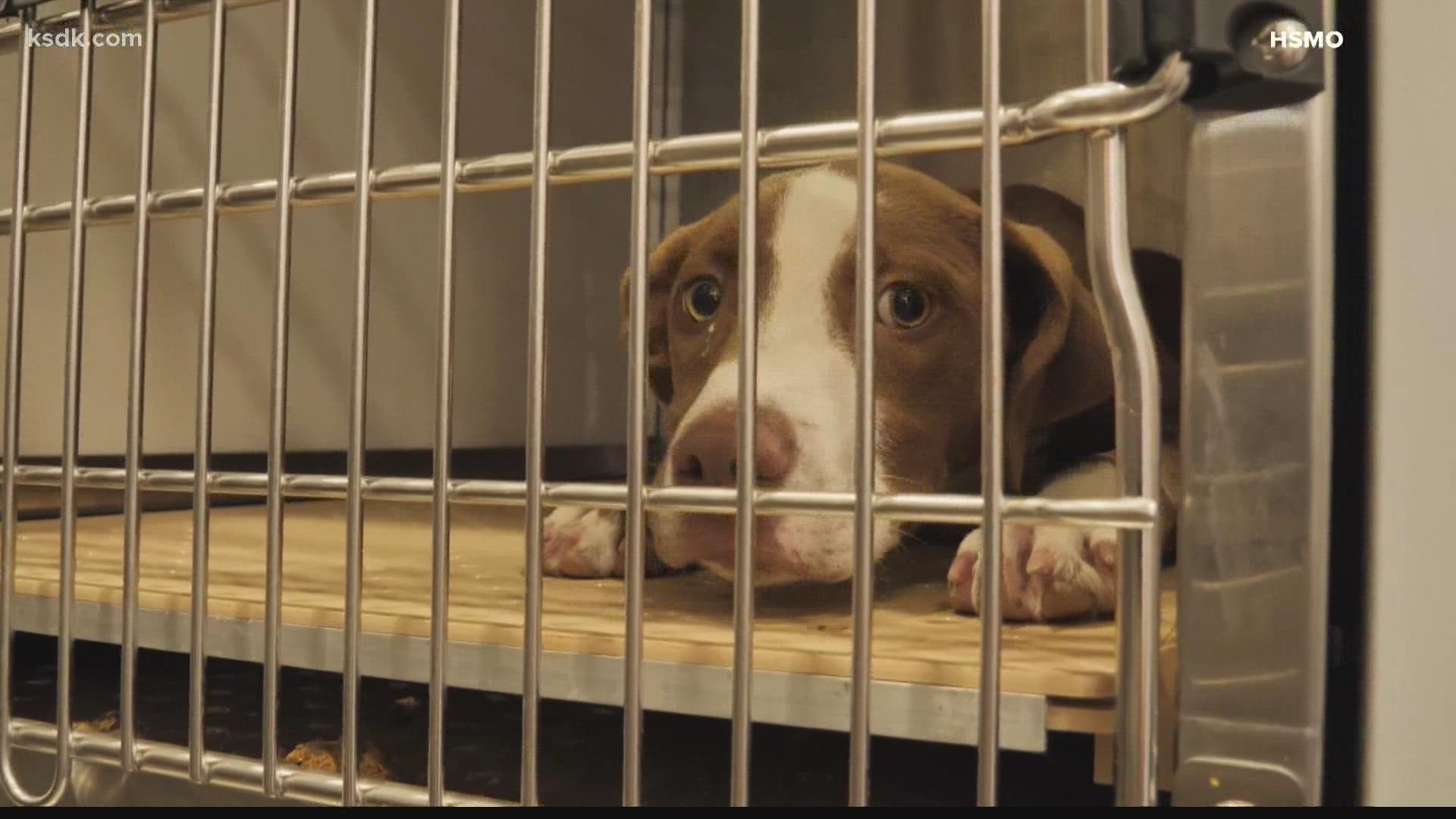 ST. LOUIS — Dozens of dogs and puppies rescued after Hurricane Ida slammed southern Louisiana are now being cared for in St. Louis.

The Humane Society of Missouri Animal Cruelty Task Force’s Disaster Response Team pulled up to its Macklind Avenue headquarters Wednesday night with 37 animals. HSMO officials said the dogs were found after they were left behind during the owner’s evacuation or separated from their owner due to flooding or other problems.

Video shared by the Humane Society showed the dogs arriving in a large crate-filled truck. Some dogs trotted out, while some of the more timid ones were carried into the shelter. The dogs range in size and breed, from a German Shepherd to a small chihuahua mix.

All of the dogs will be looking for new homes soon, the Humane Society said in a news release. At least seven of them have heartworms and will need extensive care before being available for adoption.

“While it's always heartbreaking to find a stray away from its home and with no identifying information, knowing that we can recover that animal and ensure that it will get the nutrition and medical attention it needs is very satisfying,” said Ella Frank, the task force’s assistant director. “Then closing that circle by seeing that animal go home with a new family who will give it the love it deserves is why we do this work.”

The Louisiana Society for the Prevention of Cruelty to Animals (SPCA) asked for the Humane Society’s help after Hurricane Ida made landfall as a destructive Category 4 storm. The task force loaded up a truck with hundreds of pounds of dog and cat food and spent a week in New Orleans. Task force members helped distribute food and supplies throughout the region and answered calls from concerned pet owners and citizens.