Illinois cannabis tax takes some off guard, others hope it will help fix roads

COLLINSVILLE, Ill. — Illinois is cashing in on marijuana sales.

On day three of legal recreational marijuana in Illinois, the lines were still long and the temperatures were a little colder

"I got here like right at nine so (I waited) like about two hours, two hours and a half," said Dana Jackson after visiting HCI Alternatives in Collinsville. "my feet are cold, I can't really feel my toes, but I'm excited to open this up."

Illinois residents like Jackson spent a pretty penny on a good stash.

"A blue skittle vape cartridge and I got three of the strawberry pre-rolled joints, so a good 100-something bucks," Jackson said. 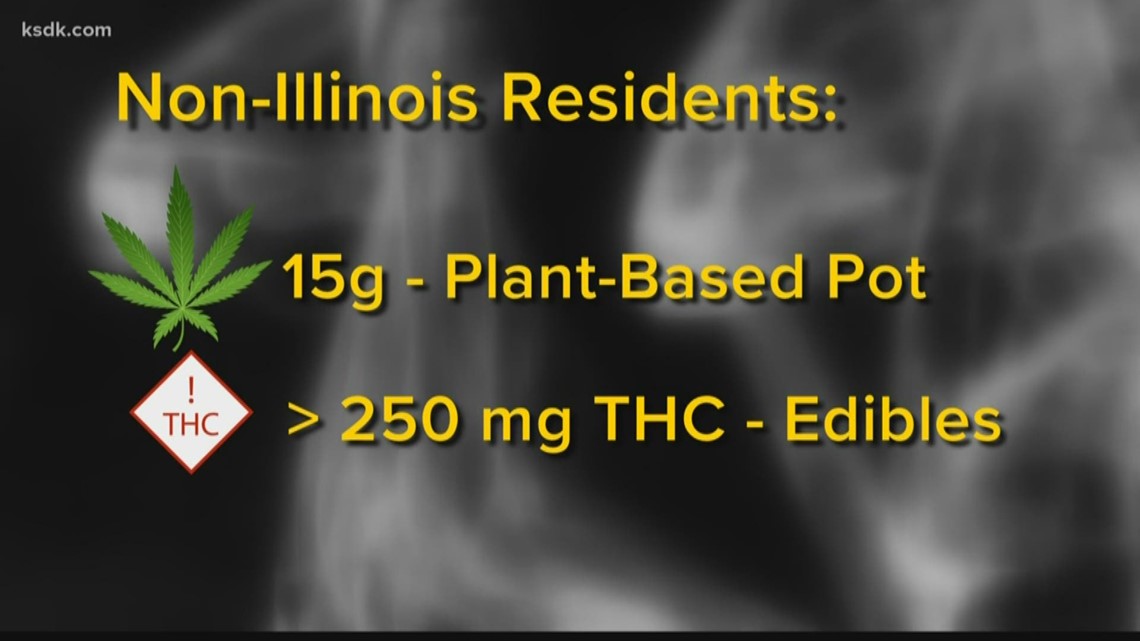 The high cost is in part due to high taxes.

Illinois is taxing all cannabis-infused products at 20%.

Cannabis with Under 35% THC is taxed at 10%. Anything over that is taxed at 25%. Medical marijuana patients only get taxed at 1%.

And Collinsville has its own 3% tax too.

"So for all the people out there that are coming out to buy I would encourage you to bring about $40 on top of what you're going to spend," said customer Marc Woolfolk.

That's something users on the move say isn't exactly uncommon.

"you know, Colorado's taxes on cannabis is a little higher," Woolfork said.

So where are these taxes going?

Collinsville representatives say they'll be paving the way for a smoother city.

"Honestly, I just want the roads to be better. Like the Collinsville exit when you're going down the highway, it's just ridiculous. I've hit so many potholes its crazy," Jackson said.

Those are effects you could feel whether you're under the influence or not.

RELATED: Medical marijuana is now legal in Missouri, but there's a catch