In a court filing, the rideshare company wrote the victim “knew the risks of injury and damage involved in her conduct” 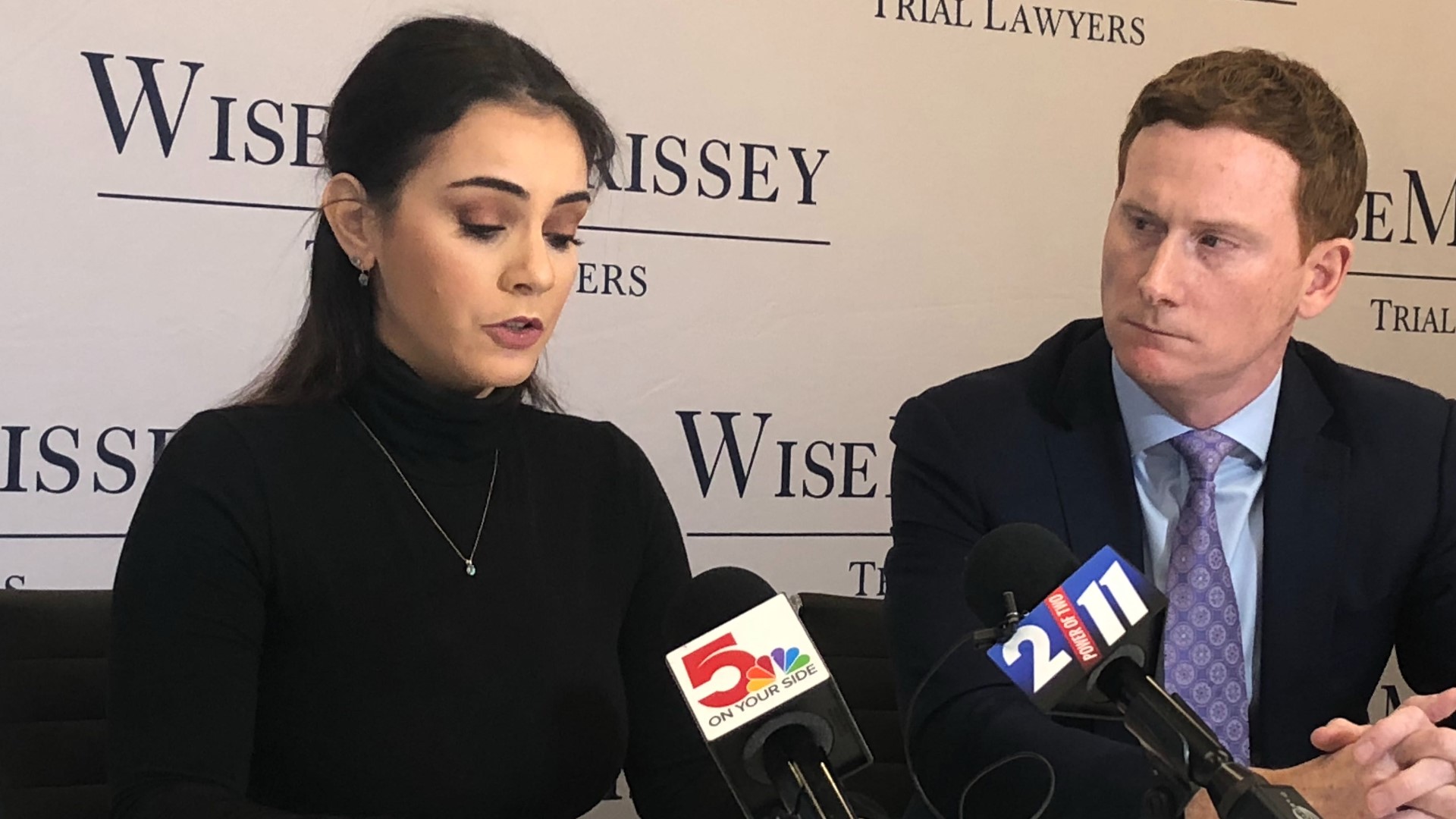 ST. LOUIS — Cristen Giangarra says she was raped by her Lyft driver, and now believes the rideshare company is blaming her for the assault.

The 31-year-old is suing the company, alleging it cut corners on checking criminal backgrounds, which allowed her driver, 54-year-old Larry Ward, to work for the company despite warning signs in his criminal history. And, she claims the company refused to hire him when a previous background check showed his felony history.

Giangarra said she used the Lyft app to find a safe ride home after a night out celebrating and drinking with friends on June 22, 2019. The next thing she knew, what was supposed to be a six-minute ride turned into 51 minutes of terror, which included waking up with Ward smiling and on top of her.

He has since been charged with kidnapping and rape. The trial is set for November.

In recent court filings, attorneys for Lyft wrote Giangarra “knew the risks of injury and damage involved in her conduct” and “failed to act as a reasonable and prudent person with regard to her own safety.”

“I think it's just really unbelievable that they claimed something like that, especially in a time of #MeToo and in this culture that we're trying to change that they would do something so tone deaf and so out-of-touch with how things are,” she said. “I just I think it really shows that their priority is not the safety of their customers.”

According to Lyft, the language in the court filing responding to Giangarra’s lawsuit is a “standard defense” in these types of proceedings, and the company said it did not intend to upset Giangarra.

The company also said it is planning to remove the statements in an amended filing that will soon be released.

A company spokesman added, "Safety is fundamental to Lyft. We have already permanently removed the driver from the Lyft community and previously reached out to the rider to offer our support. We have been in contact with law enforcement and will continue to help in every way we can. Given the pending litigation we cannot share details of the matter."

5 On Your Side typically does not identify victims of sexual assault, but Giangarra said she wanted to go public so other victims won’t be deterred from reporting their attacks out of fear of being blamed for their own assault.

“It is really hard for me to not internalize those words and think I could have done something different or this was my fault but very clearly, I want to state, I could not have done anything differently," she said. "I did everything appropriately and responsibly and this was a decision that was made by one of their employees and I had no say and what happened to me."

PREVIOUS: 'He was on top of me and he smiled' | Woman says Lyft driver raped her in St. Louis, files lawsuit

And she wants organizations such as the Rape, Abuse & Incest National Network, or RAINN, to know how Lyft treats victims behind closed doors despite having a public partnership with them.

The organization wrote in a September 2019 news release that it was “grateful” for Lyft’s $1.5 million “commitment to RAINN."

Lyft announced a partnership with RAINN in May 2020 to provide access to transportation for survivors of intimate partner and sexual violence.

A spokesman for the nonprofit said it did not have anyone available for comment to the I-Team.

Giangarra’s attorney, Michael Gallagher, wonders whether RAINN even knows what Lyft has said about his client in its court filings.

“It’s the height of hypocrisy,” he said. “Lyft is a multi-billion dollar corporation that has — in response to bad press and a series, if not an epidemic, of sexual assaults involving their drivers on their passengers — partnered with these national organizations in order to put a positive spin in the news.

“That’s been their approach, but in reality, when they're actually facing a lawsuit when they're actually having to answer for their misdeeds, they throw someone under the bus like Cristen and victim blame her for a horrible assault and I know if RAINN or any of the other national organizations that advocate for victims of sexual assault knew that Lyft was doing this, they would find it abhorrent.”

She claims Lyft refused to hire her attacker when it used a company called Sterling Infosystems, Inc. that conducted a criminal background check on him in 2017 using fingerprints.

Sterling found a felony manufacturing and delivery of narcotics charge that landed Ward a nine-year sentence in prison.

“The background checks run potential drivers’ social security numbers through databases similar to those held by private credit agencies, which only go back for a period of seven years and do not capture all arrests and/or convictions,” the lawsuit states of CHECKR.

Giangarra said feeling as if Lyft is blaming her for the assault was something she didn’t see coming.

“I think it sends the message that victims have blame in what happens to them and it's so not true at all,” she said. “No victim of any sexual assault of any rape of any attack is ever to hold any responsibility in what happened to them, it's decisions made by another person, and it is not their fault at all, and it is very hard to believe that over and over again when we get so many messages to the contrary.”

Still, she said, she remains determined to send a message of her own.

She wants Lyft and other rideshare companies to change their policies and make it safer for their most vulnerable riders.

“I think this is also just exhausting that they're throwing something so crude at me to try to wear me down,” Giangarra said. “And I hope that they know that I'm not going to.”

Her lawsuit outlines steps she believes the company can adopt to increase safety for passengers:

RELATED: 'The passenger has no control over where the car goes' | Safety concerns remain top of mind for rideshare riders and drivers