Anna may still be a little girl, but she has a big heart and she enlisted her grandpa to build a Giving Box to help other families in her hometown 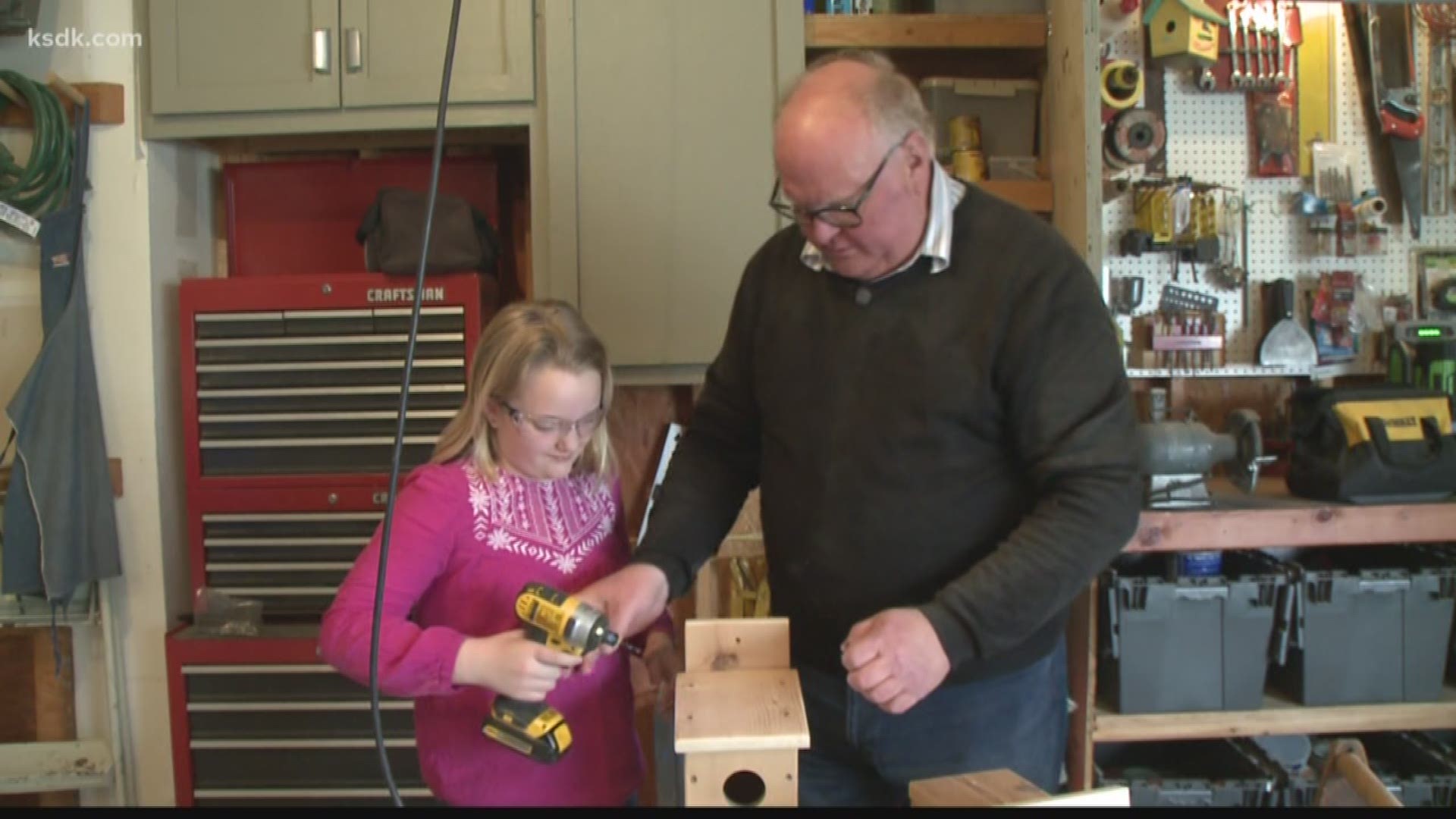 EUREKA, Mo. — Sometimes the best relationships are built while building something together.

That may help explain the connection that 10-year-old Anna Coppin has with her grandfather Kevin.

"I like helping him. He just tells me what to do but it's still fun," Anna said with a laugh.

'Papa', as he's called, spends a lot of time in his garage workshop. It's both hobby and therapy.

"I enjoy it," said Kevin Coppin. "Nothing more peaceful while you're zoning out while sanding something."

But he gets emotional when he talks about his most recent project with Anna.

"Well, it's Anna," he said with a cracking voice. "So it's pretty typical of Anna to come up with something like this."

You see, Anna asked her Papa to help her build a Giving Box.

"A Giving Box is for people who need things like toiletries, household items and food can come and get them," Anna explained.

It turns out, generosity has always been in Anna's toolbox.

Her mom Ali is a Pediatric nurse. And her dad Matt is a firefighter-paramedic.

Photos show Anna as a baby when her dad was volunteering at a camp for kids with Muscular Dystrophy. In the Coppin family, kind people are their kind of people.

"I think just being a kind, giving, nice person is going to provide more for the world and you're going to get much more in return that way," Matt told us.

"It's important to help other people because it makes the world a better place," Anna added.

To get permission to put up her Giving Box, Anna had to go against the grain of any 10-year-old.

She's spent the past couple of months making speeches to businesses, the chamber of commerce and even the board of Aldermen.

"I was very nervous," she said with a laugh.

What started as a school project soon became a lesson in determination.

And now in the safe exchange lot next to the Eureka, Missouri, Police Department is Anna and her Papa's Giving Box.

She even had a food drive to stock it.

And just two days after putting it up, Anna had to re-stock it.

"That made me feel really good that there was a family in need that just needed help with dinner that night and was able to stop by and pull out some things they needed to feed their family," Matt said.

There's nothing quite like the right people, using the right tools for the right project.

"It's rewarding," Kevin said. "Something you can stand back when you're done and say, 'Oh, I did that.'"

And Anna's message to those who use the Giving Box?

"I think it's important for them to know that there are kind people in the world who will help them and even if they can't do a lot, they can still help others just by opening a door and saying 'Hi,'" she told us.

A young girl and her grandpa. One with silver hair the other with a heart of gold.