John Marino has been cutting hair for 56 years and many of his clients have been with him almost that long. When health problems keep them from making it to the barber shop, he brings the barber shop to them. 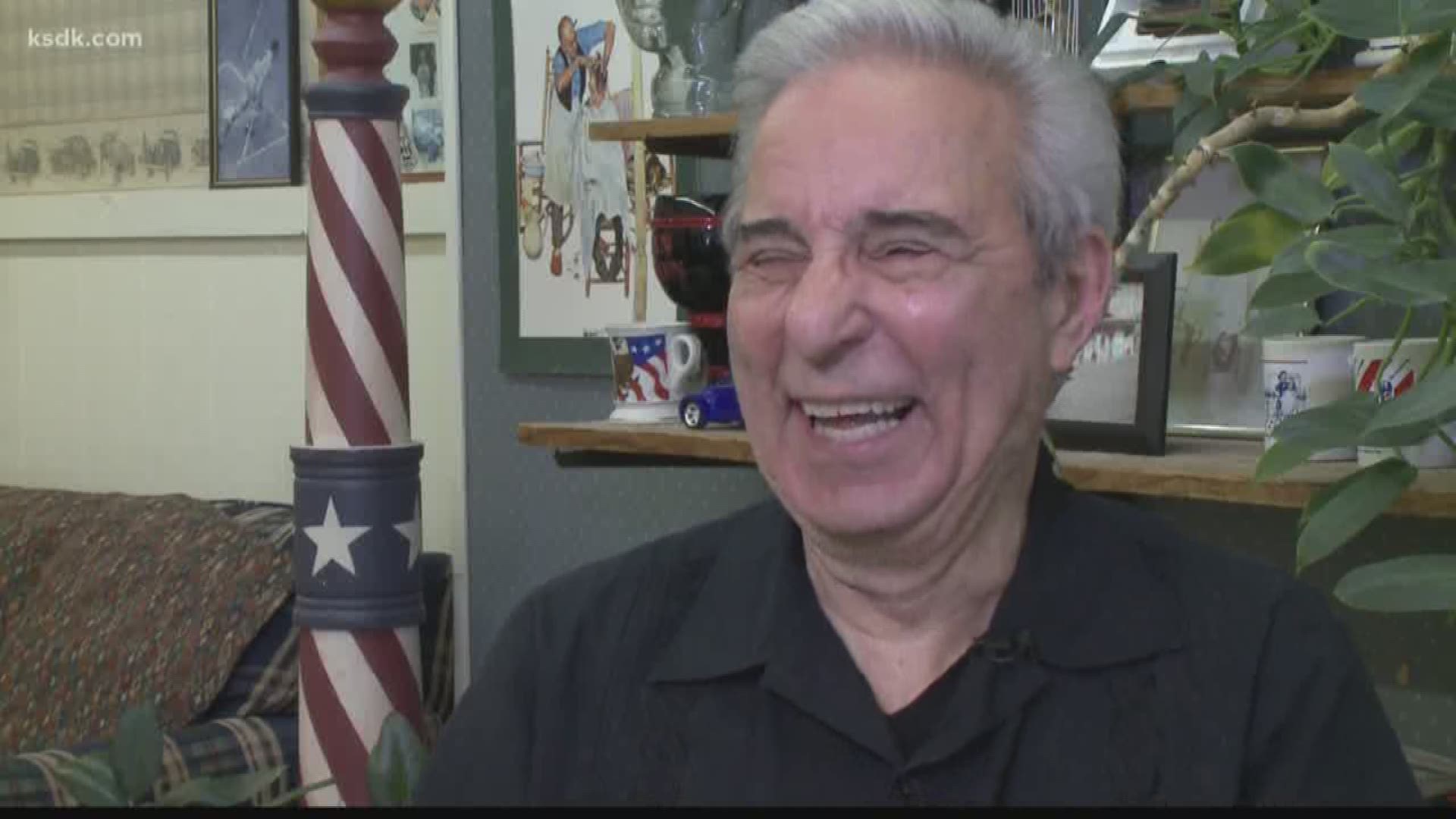 MEHLVILLE, Mo. — In this corner of a south St. Louis County strip mall, your turn a corner in time.

The past is definitely present at the Franview Plaza Barber Shop.

"This place is like 'Cheers'," owner Pete Robbins said with a laugh. "Everybody gets along well. We look forward to coming to work."

The same way the Barbers have since the 1960s. And no one looks forward to his work day more than John Marino.

At an age when most people prefer rocking chairs, the 85-year-old is still taking customers in his barber's chair.

"You can get a haircut anywhere you want to but it's camaraderie and the feeling of being with the men, and once in a while there's a story that men like to tell," Marino said.

Marino has been cutting with scissors for 56 years.

"He's a decent man," Robbins said. "He's fun to work with. We like to tease him and he can take it."

When he got out of the military, John followed in his grandfather's footsteps, but making a living hasn't always been easy.

"In the 60s, the hair got long and so the younger people were not coming to me," Marino recalled. "And so I didn't know how I was going to have an income."

So John took his shears to nursing homes, which had an extra benefit.

And now, all these years later when his longtime clients can't come into the shop, he brings the shop to them.

"I've been so fortunate with my health and my age that I got to help other people," Marino said earnestly.

A couple of times a week, John makes house calls.

Today, he's calling on 82-year-old Lawrence Washburn who isn't able to get out much anymore. But he still insists on getting his haircut from John.

"I've been with him so many years I wouldn't have nobody else," Washburn said.

It may seem like a small thing but it makes a big difference when you can give someone a little dignity.

Back at the shop, it looks like John Marino is hair to stay.

When asked how much longer her wants to keep cutting hair, he said, "Oh, about five more years, at least."

Helping people look better so they can feel better. In this era or any other, John Marino is a cut above.

RELATED: Local bakery giving jobs to ex-cons, helping them turn their life around