Serenity Fischer stopped breathing after having a seizure in the family van. When they pulled over, a stranger across the street jumped into action. 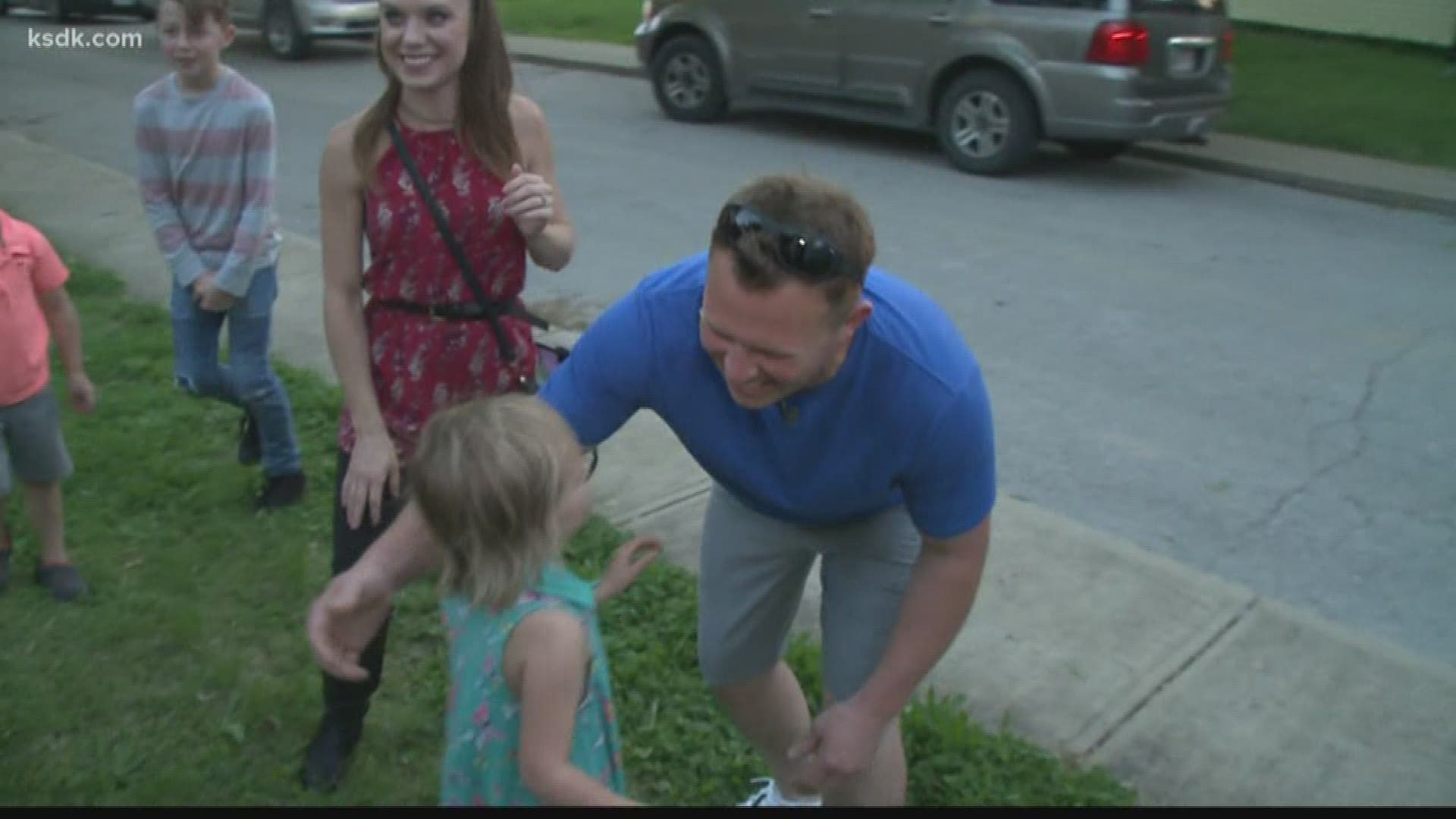 The kids may be little, but they help to make life big.

"They're my everything," Ariel said. "They keep me going."

And the toughest of the six may be Serenity, who is just three.

For her, this has been a great day. You'd never guess that just hours ago was her worst.

The Fischers were driving in the family van when Serenity's older brother yelled from the back seat.

"He says 'Mom, what's going on with Serenity?" Ariel said.

"And I turn around she was seizing on her brother's lap," Tim added.

Serenity was having a seizure — something she never had before — so Tim Fischer pulled the van over and got her out of the car.

"She wasn't breathing and there was no detectable pulse," Tim said.

Brandon Johnson was in his kitchen.

"I heard screaming," he said. "And honestly, I was hoping that somebody didn't run out in front of traffic, as you can see this is a busy street."

The van had pulled over across the street from Brandon Johnson's house. He didn't know the family but he ran over to help.

"She was white as can be and her lips were really blue," Brandon said.

Trained in CPR as a member of the Carpenter's Union, Johnson got a refresher just last year because he's a little league coach. He kept working on Serenity until the ambulance arrived.

"I'd say 20 seconds prior to them showing up, she started getting some breaths," he said.

And then they got even better news.

"They had her in the ambulance and she started to scream and that was the best sound I ever heard," Tim said.

A few days later, we were there when Brandon got a big hug.

"That was the best reward that I could've ever got and that's the only reward I want," he said.

He stopped by the Fischer house and got to see how Serenity is doing.

She's on some new medicine and will be undergoing some tests, but for now, she's back to her old self. And these two families are strangers no more.

"Saved my daughter," Ariel said through tears. "It's impressive because he didn't have to. And you don't see that very often."

"I like that, they're good people," he said with a smile.

Brandon Johnson said he's no hero. One little girl and her family would beg to differ.