St. Louis prosecutor used McCloskey case in campaign literature and should be dismissed, according to new motion 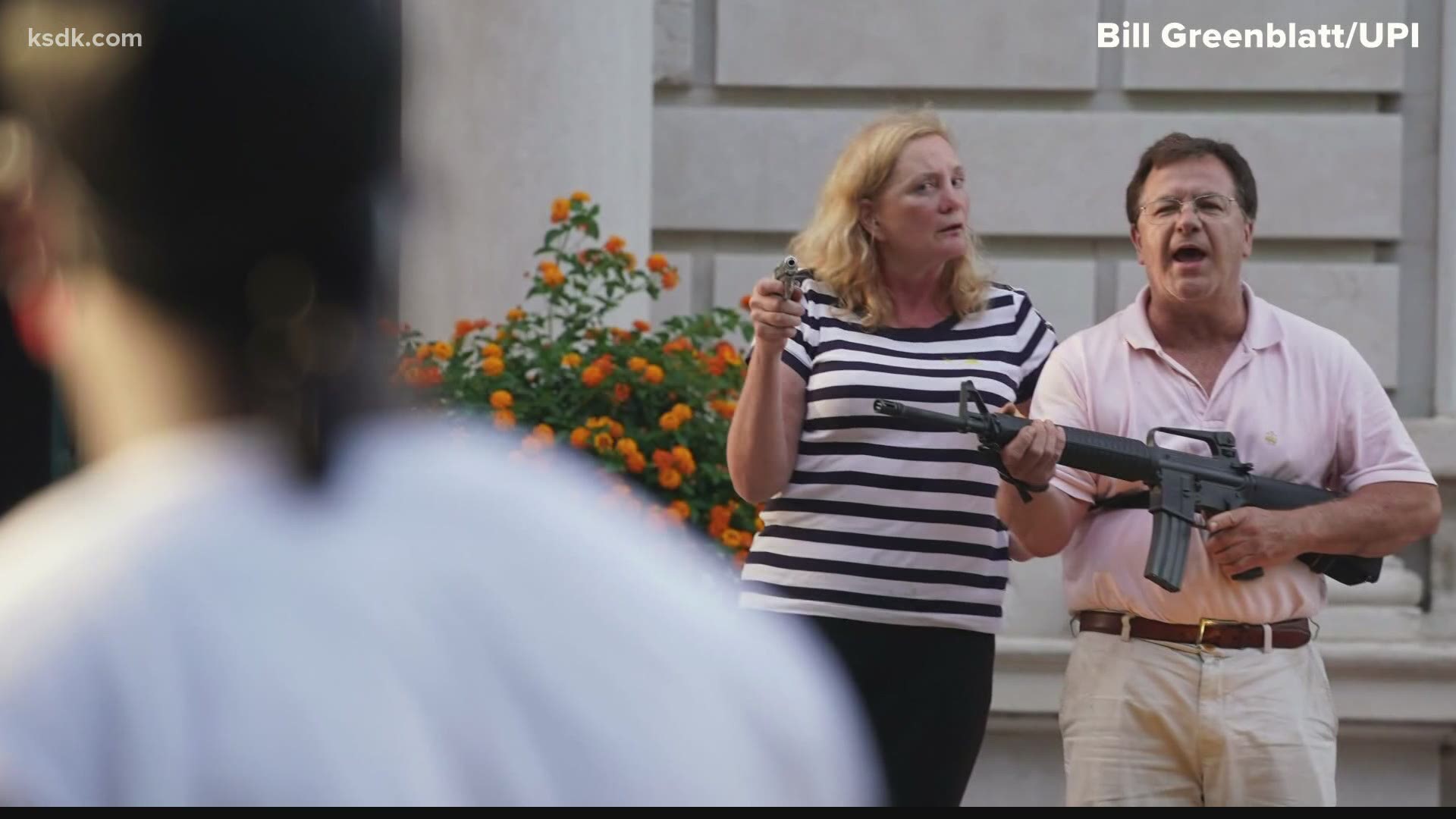 ST. LOUIS — St. Louis Circuit Attorney Kim Gardner used the McCloskey case in solicitations for campaign donations before she charged the couple for pointing guns at protesters, and should, therefore, be disqualified from the case, according to a motion filed by the couple’s attorney Wednesday.

Attorney Joel Schwartz cited a July 17 campaign email in his motion, which was sent three days before his clients, Mark and Patricia McCloskey, were charged with unlawful use of a weapon.

“The July 17th email drew a direct line from the incident, which had not yet resulted in criminal charges, to Ms. Gardner’s political antagonists and from there to a call for donations to further her re-election efforts,” he wrote. “It implied that the defendant was among those ‘perpetuating a system of systemic racism and police brutality.’”

Gardner’s spokeswoman has not responded to requests for comment from 5 On Your Side.

Schwartz said, “The motion speaks for itself,” and declined to comment further.

The case captured national attention after images of the couple pointing guns at protesters went viral. Republicans from Missouri’s governor’s mansion, the attorney general and state senator as well as President Trump weighed in with their opposition of Gardner’s pursuit of charges against the couple.

RELATED: Political points to be gained for St. Louis prosecutor and Republicans sparring over McCloskey case

They cited the state’s Castle Doctrine and stand-your-ground laws as reasons why the couple had a right to protect their home and private street from perceived threats. Attorney General Eric Schmitt filed a brief asking for the charges to be dismissed, and Sen. Josh Hawley asked for the Justice Department to investigate the handling of the case.

Protesters were marching past the McCloskey’s house on their way to Mayor Lyda Krewson’s house to call for her resignation after she read the names and addresses of those who sent her letters supporting the closure of the city’s jail. The couple told police some of the protesters were armed and threatened them.

Protest leaders told 5 On Your Side they were not armed and were peaceful. They had also walked past other businesses and homes without any issues.

In her campaign materials, Gardner characterized the protesters as Black Lives Matter demonstrators who were peaceful, according to the motion.

Schwartz cited several parts of the campaign literature in his motion from the July 17 email blast:

“Because you are a supporter of Kim, I want to make you aware of a few late-breaking developments that are making national headlines right now. You might be familiar with the story of the couple who brandished guns during a peaceful protest outside of their mansion … Instead of fighting for the millions of Americans affected by the pandemic, including 31,000 Missourians – President Trump and the governor are fighting for the two who pointed guns at peaceful citizens during the Black Lives Matter protests … Kim needs your help to fight back! ... St. Louis will have an opportunity to re-elect progressive circuit attorney Kim Gardner, who time and time again has shown us she isn’t afraid to stand up and hold those accountable who are perpetuating a system of systemic racism and police brutality.”

In his motion, Schwartz also notes that he was unable to find any other Missouri case in which a prosecutor referenced a pending investigation and charging decision during campaign and fundraising activities. The only other situation he found to be similar involved a prosecutor who was disqualified for commenting in a campaign advertisement that he would vigorously re-prosecute a case on remand.