McEnany appeared on the Fox News program Fox & Friends and was asked about St. Louis Circuit Attorney Kim Gardner’s decision to file felony unlawful use of a weapon charges against Mark and Patricia McCloskey. The white couple in their early 60s are both lawyers.

The McCloskeys were not arrested but were issued summons to appear in court. Their first hearing is scheduled for Aug. 31.

Gardner, St. Louis' first Black circuit attorney, said in an interview with The Associated Press that she will not seek jail time but will recommend a diversion program such as community service.

Protesters were marching to the home of Mayor Lyda Krewson when they veered onto a private street where the McCloskey’s $1.15 million home sits. Mark McCloskey came out with a semi-automatic rifle and his wife emerged with a semi-automatic handgun, according to a probable cause statement filed in support of the charges. No shots were fired, but Gardner said their actions risked creating a violent situation.

Mark McCloskey, on Tucker Carlson’s show Monday night on Fox News, questioned why he and his wife were charged but protesters were not. “It’s a bizarre, upside-down world,” McCloskey said.

“Yes, he’s exactly right, this is an egregious abuse of power, is how the president described it by the prosecutor, to make this decision," she said, calling the charges “politically-motivated nonsense.” 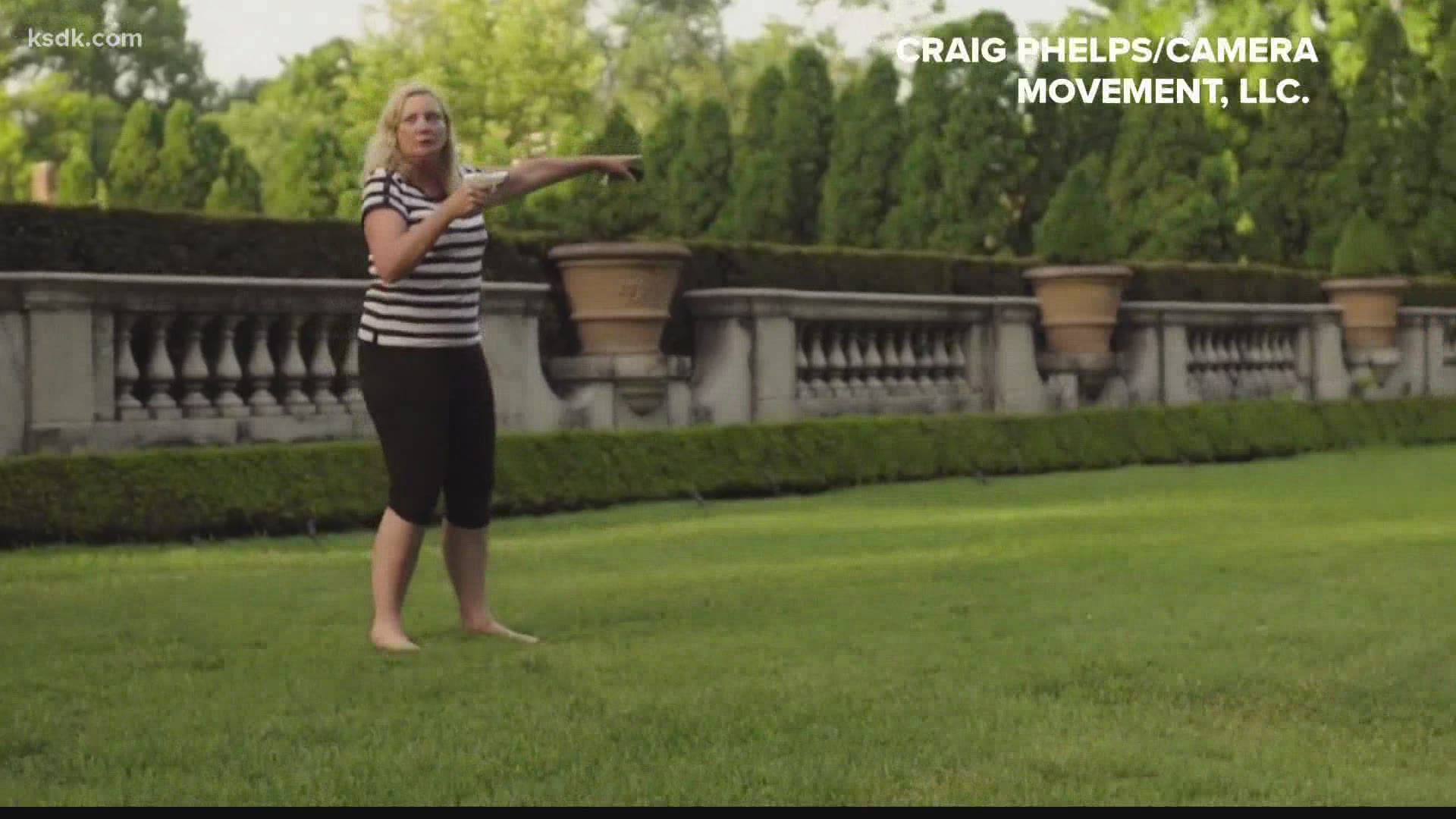 Missouri Republican Attorney General Eric Schmitt filed a brief asking that the charges be dismissed under the state’s “castle doctrine,” which allows homeowners to protect their property with deadly force if necessary. Republican Gov. Mike Parson has said he will likely pardon the couple.

The demonstration on June 28 was among many in St. Louis and across the country in the nearly two months since George Floyd's death in Minneapolis.

A police report said the couple heard a commotion and saw people break an iron gate marked with “No Trespassing” and “Private Street” signs. A protest leader, the Rev. Darryl Gray, says the gate was open and protesters didn’t damage it.

The probable statement said that after Mark McCloskey came out with his rifle, his wife emerged, yelling at protesters to “go” and pointing her gun at them. Protesters feared “being injured due to Patricia McCloskey’s finger being on the trigger, coupled with her excited demeanor,” the statement said.

“If you had a mob coming toward us, whether they tore down a gate or not, when they come on your property, they don’t have a right to do that in an aggressive manner,” Parson said on The Sean Hannity Show on Fox News on Monday.

A Democratic lawmaker who was at the protest said in a statement Tuesday that no one stepped onto the McCloskeys’ property or threatened them.

“Contrary to what Gov. Parson said Monday evening on The Hannity Show, we were not some bloodthirsty, rampaging mob,” state Rep. Rasheen Aldridge said. “We practiced peaceful civil disobedience and had the threat of violence imposed upon us. His dishonest hypocrisy about the events of that night show he has no interest actual justice, only in exploiting this situation to mobilize his base."