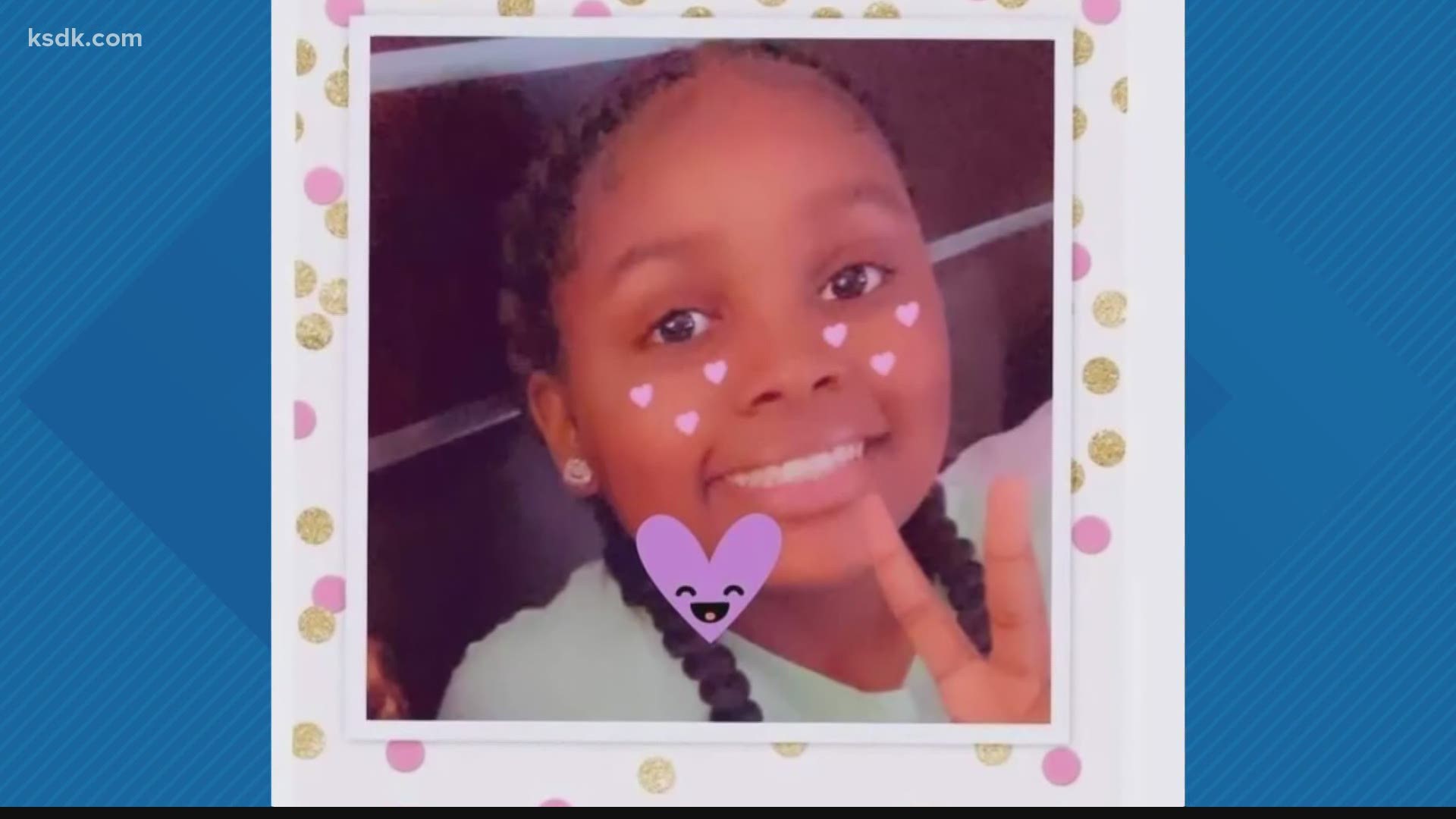 A spokesman for the Missouri State Highway Patrol said the girl was found in Coldwater Creek near James S. McDonnell Boulevard, where the drainage system lets out. Family members said the missing girl's name is Aaleya Carter.

The MSHP spokesman said she was in a car with her family at around 1:30 a.m. Saturday when they encountered floodwaters on Interstate 70 near Airflight Drive.

The spokesman said the family's car was swept off the road and onto a concrete drain cover while they were trying to turn around. The driver and two young children were able to get out of the car, but a 12-year-old girl got caught in the water and was swept into a storm outlet.

For hours after daylight, people gathered at the scene to search for the girl. Missouri 1st District Congresswoman Cori Bush was among them.

Search efforts at the scene were limited for volunteers due to the dangerous conditions of the drainage tunnels.

“It’s not safe if you don’t have the proper equipment to enter these tunnels," said Missouri State Highway Patrol Corporal Juston Wheetley. "We don’t know what’s in there. And without understanding the lay out and what dangers lay ahead, it’s not worth the risk of life.”

Wheetley said the floodwater reached as high as 2 feet on the highway.

5 On Your Side's Alex Fees contributed to this report.