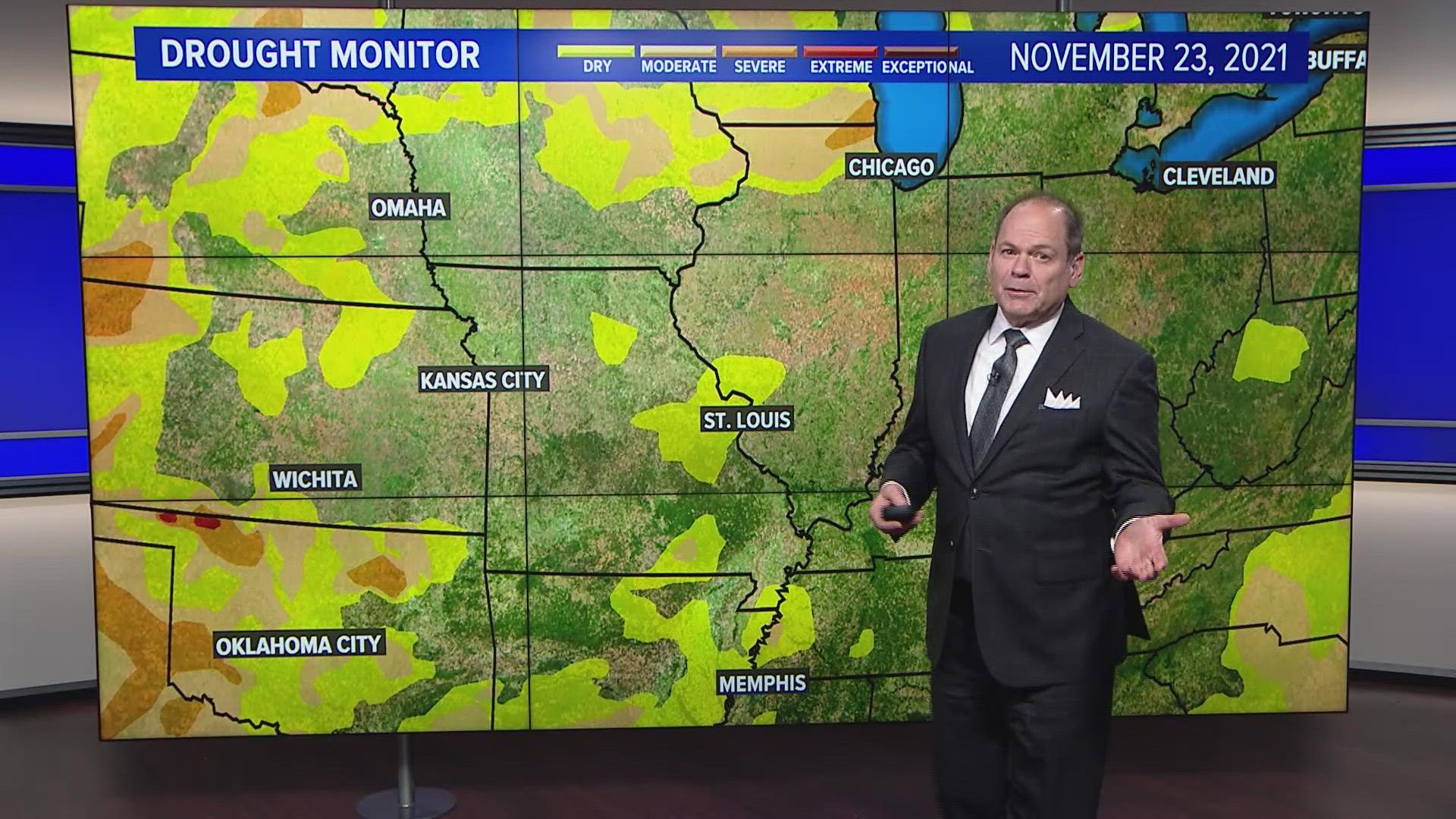 ST. LOUIS — After a full day of sunshine across the St. Louis area, temperatures topped out in the mid to upper 40s in most places. A few clouds will drift across the area during the overnight hours into early Monday as temperatures drop back into the upper 20s to around 30 for early morning lows Monday.

Warmer weather returns on Monday as highs get close to 60° with a good deal of sunshine. A fast moving, moisture starved front will zip through early Tuesday and drop our temperatures a few degrees, but still above average for this time of year. Highs will be in the mid 50s.

We soar back above average by Wednesday though Friday with Thursday's high right around 70°. There is very little chance of rain over the next seven days and only slight chances in the 10-14 day pending the actual position of the jet stream. Snow chances are zero in the immediate future.

LATEST HIGH-RESOLUTION MODEL FORECAST FOR THE NEXT 12 HOURS

Tonight: A few clouds with winds becoming light. Lows in the mid 20s in the colder areas to around 30° in town.

Wednesday: Partly to mostly cloudy early in the morning, then becoming mostly sunny...highs around 60.

Thursday: Mostly sunny and unseasonably warm...highs in the mid 60s to around 70°.

Friday: Mostly sunny. Highs in the low to mid 60s.

Saturday: Partly cloudy and a bit cooler...highs in the upper 40s to around 50°.

RELATED: Does wearing a face mask actually make you hotter?