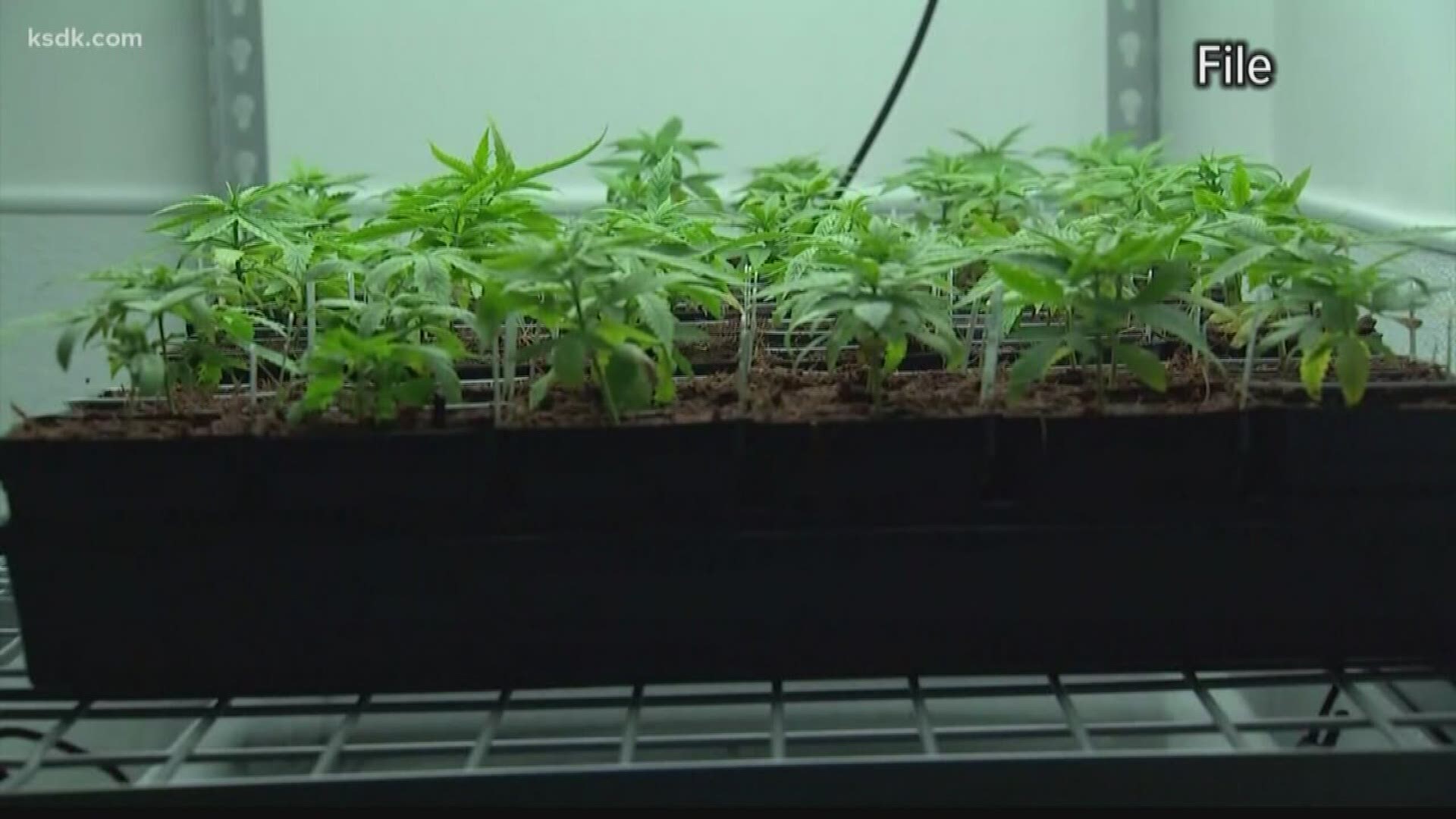 JEFFERSON CITY, Mo. — As Missouri ramps up toward the sale of medical marijuana, a new petition drive was launched Thursday aimed at making recreational marijuana legal, too.

A group called Missourians for a New Approach is gathering signatures to put the issue of adult-use marijuana on the November 2020 ballot. The group said the effort is being supported by the same backers who helped pass the medical marijuana constitutional amendment in 2018.

To get on the ballot, the proposal must get 160,199 verified signatures that must be turned into the Missouri Secretary of State's office by May 3.

The petition calls for:

"Eleven other states, including our neighbors in Illinois, have successfully regulated and taxed adult-use marijuana, bringing millions in new funding for state services," said John Payne, campaign manager for Missourians for a New Approach and former campaign manager for New Approach Missouri, which helped pass medical marijuana in 2018. "Missourians are strongly in favor of legalizing, taxing and regulating adult marijuana use and we are excited to give voters this opportunity in November."

A news release from Missourians for a New Approach stated that according to Missouri's fiscal estimate, legalizing recreational marijuana could produce $93 million to $155 million to the state every year by 2025. Local governments could get anywhere from $17 million to $27 million annually, the news release stated.

“It's time we stop treating adults who use cannabis responsibly like criminals. We should tax and regulate marijuana like we do alcohol," said Dan Viets, Missouri State Coordinator for NORML and Board Chair of Missourians for a New Approach.

The state of Illinois said more than $10 million worth of cannabis was sold in the first week of legalized recreational cannabis in the state.

A press release from the Illinois Department of Financial and Professional Regulation said the state brought in $10,830,667.91 on a total of 271,169 transactions since the state's new law went into effect.

READ MORE: More than $10M of cannabis sold in Illinois in first 5 days of new law