1 killed, 3 others injured in Monday crash on I-55 in Illinois

Robin Francis of Fond Du Lac, Wisconsin, was pronounced dead at the scene

MONTGOMERY COUNTY, Ill. — An 82-year-old died in a crash on Interstate 55 on Monday. According to police, the car crashed into another car that was stopped on the highway.

A Porsche was stopped in the left lane of the highway because there was a wheel sitting in the lane from a previous accident.

A Chevrolet with two people inside struck the Porsche from behind and then struck a tractor-trailer that was parked on the right shoulder.

The passenger of the Chevrolet, Robin Francis of Fond Du Lac, Wisconsin, was pronounced dead at the scene.

The drivers of the Chevrolet, Porsche and tractor-trailer were also injured. Police did not give the severity of their injuries.

The ISP Traffic Crash Reconstruction Unit is investigating the crash. 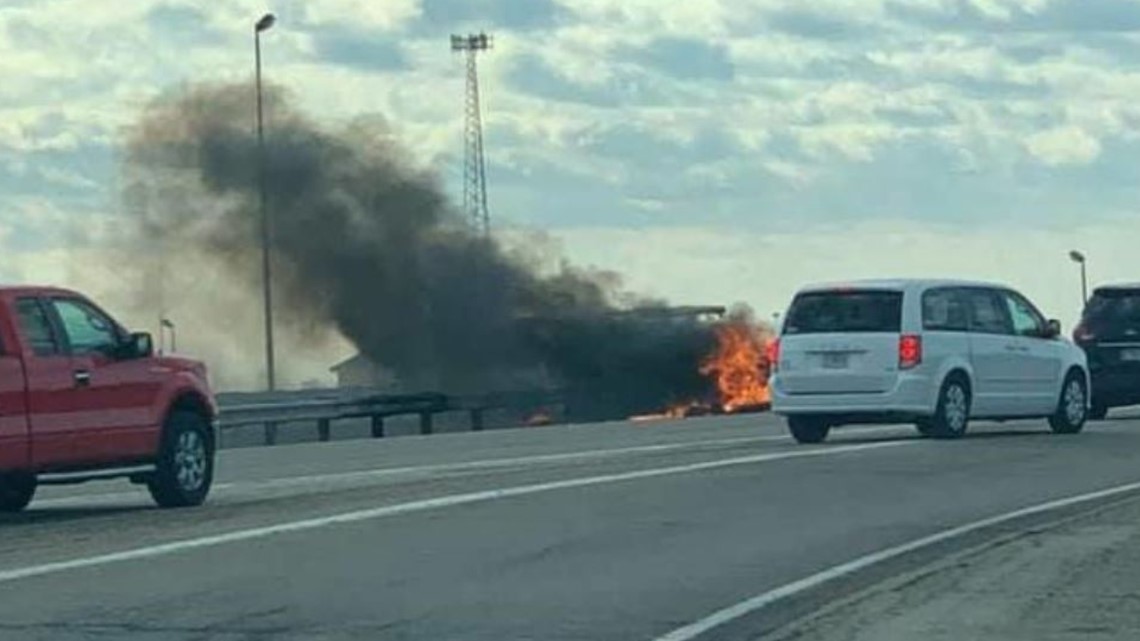 Small plane crashes onto I-55 in Lincoln, Illinois with multiple people onboard
LOGAN COUNTY, Ill. - A small airplane crashed onto the middle of Interstate 55 Tuesday morning and caught fire, Illinois State Police said. The crash happened at 8:49 a.m. at mile marker 126 in Lincoln, Illinois. The plane became fully engulfed in flames. There were multiple people onboard, and their conditions are unknown, ISP said.