The man was taken to the hospital, where he later died from his injuries. He was identified Tuesday as Silas Smith, a 29-year-old from St. Louis 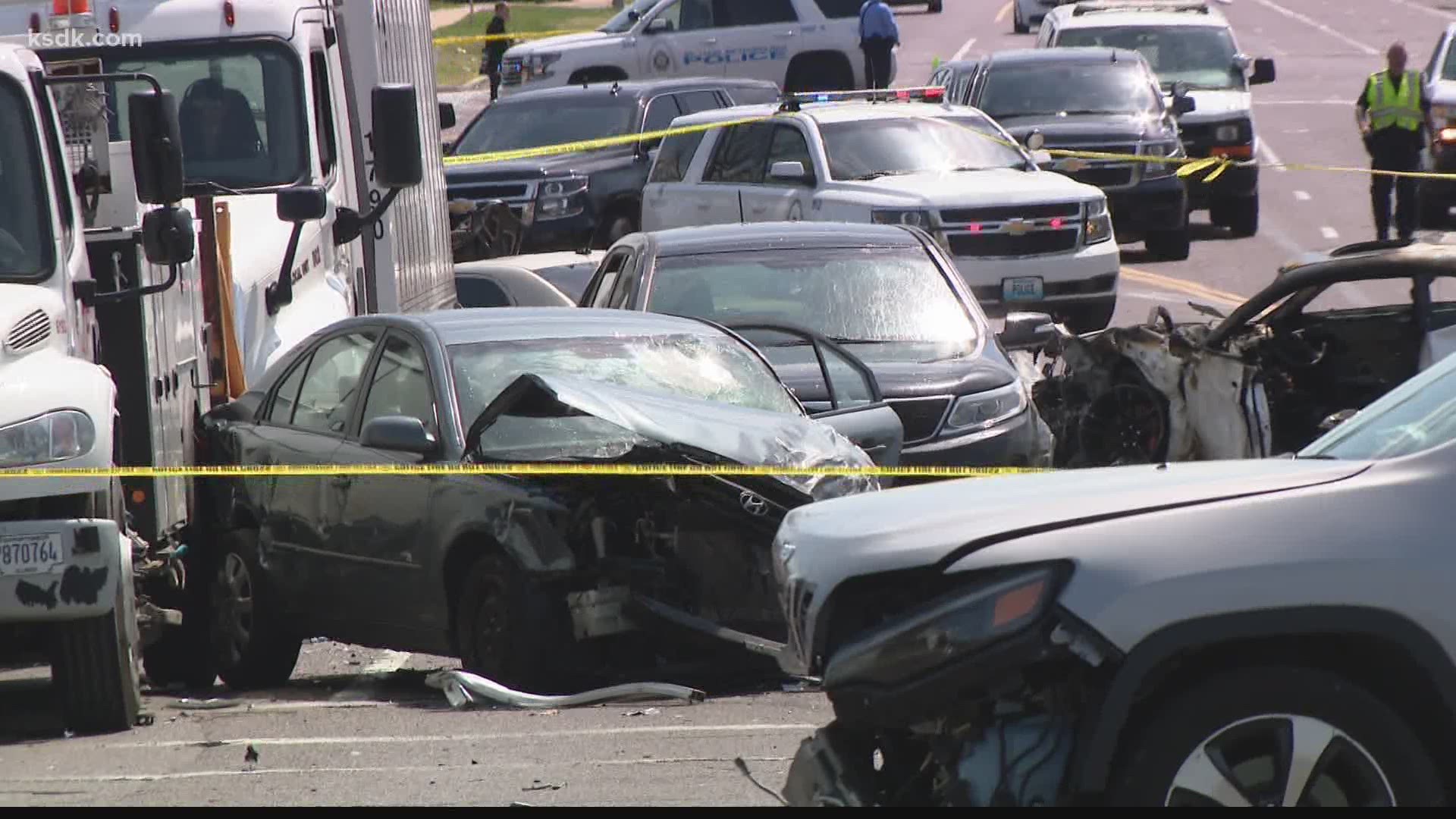 ST. LOUIS — A man who was found with suspected drugs and guns — and caused a car crash that injured others in north St. Louis Monday — has died from his injuries.

St. Louis SWAT officers were on patrol when they saw a man parked at the Speedy Gas Station on the 8800 block of North Broadway, which has a "history of gun violence and drug transactions," according to a press release from St. Louis police. The man was parked near a pump, but he was not getting gas.

When officers drove by a second time, the man started driving away. Officers then tried to stop the man and he started speeding.

Nearby officers used spike strips to try to stop the car about two blocks away, but the man was able to continue driving, the release said.

Officers used spike strips a second time, but the man kept speeding and ran a red light near Broadway and Taylor, police said. He crashed into another car that was trying to make a turn in the intersection, causing a chain reaction wreck that involved six vehicles. The driver who caused the crash was ejected from his car.

One of the cars also caught on fire, seen in photographs taken by photographer Bill Greenblatt, who was on the scene.

Credit: UPI
A car burns as another sits wrecked as a result of a six car crash in north St. Louis on Monday, April 12, 2021. Photo by Bill Greenblatt/UPI

The man was found with a "large bag of suspected narcotic capsules" and a bag of a powdery substance that police said they believe are narcotics. Police also found a gun.

The man was taken to the hospital, where he later died from his injuries. He was identified Tuesday as Silas Smith, a 29-year-old from St. Louis.

Three other drivers involved in the crash were injured and taken to a nearby hospital for treatment. One of those drivers was critically injured, police said.

Police released the photos of the suspected drugs and guns found at the scene.