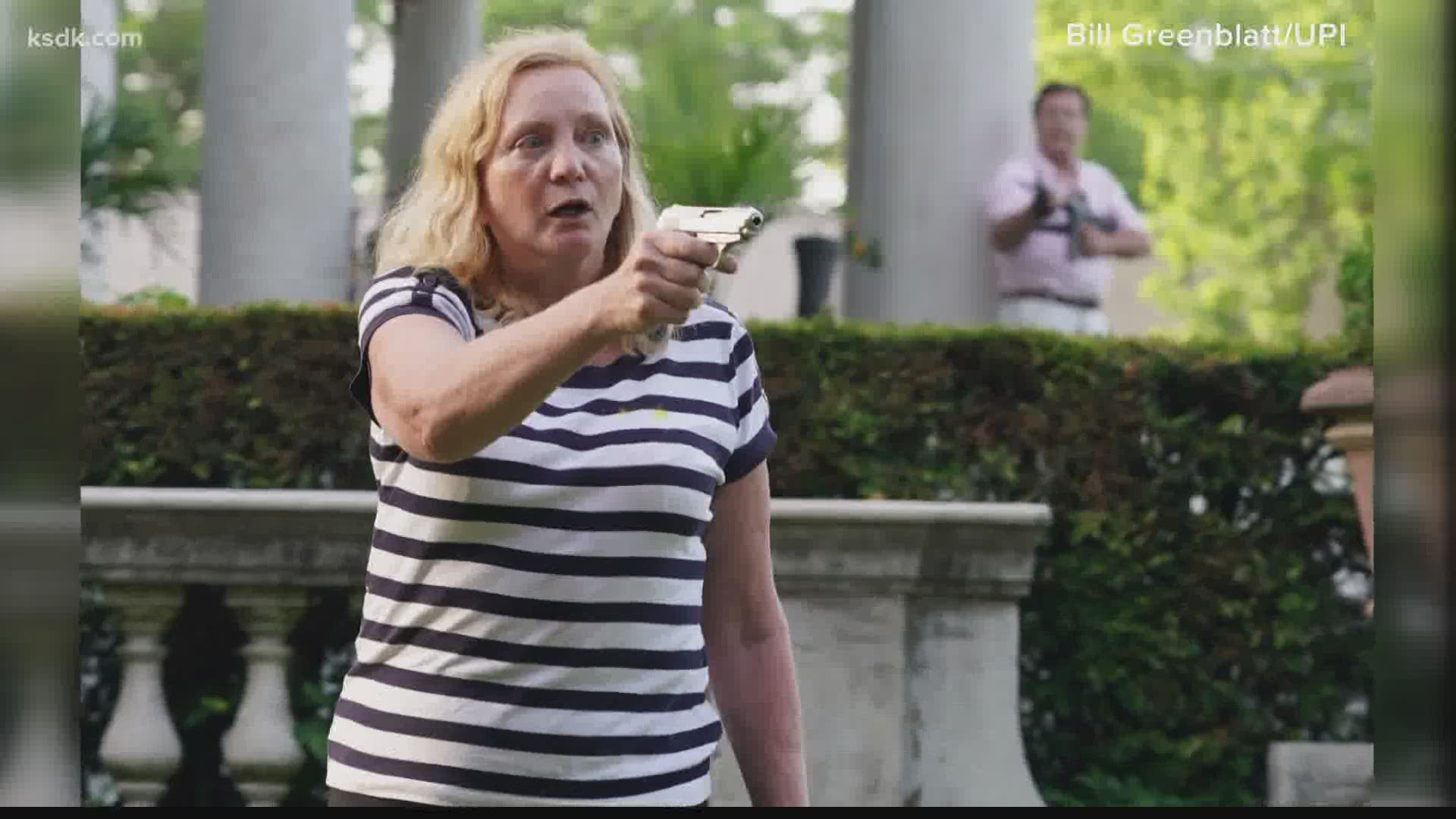 ST. LOUIS — It's a private St. Louis neighborhood that is now very much a part of the public reckoning on race in this country after two of its residents Mark and Patricia McCloskey went viral on video armed and in a stand-off with protesters.

"It was a big crowd and they were aggressive," Mark McCloskey told 5 On Your Side.

The McCloskeys say they were just defending their home against protesters who they claim were armed and doing damage to private property.

Now, some of those who live closest to the McCloskeys, are defending the neighborhood's reputation.

"It's not okay to react to a peaceful protest with threats of violence," said Tim Noonan.

Thursday, Noonan and about two dozen other neighbors from one street over in the Westmoreland Place, part of this private neighborhood, posted an open letter denouncing the McCloskeys for pulling their guns on protesters.

"We don't know how the protesters got in the neighborhood. We don't know if the gate was broken, if it was opened from the inside, if somebody had a key," said Noonan. "But the fact of the matter is that once the protesters were there...whether they were trespassing or not, if they're peaceful protesters it should not be met with the threat of violence."

Mark McCloskey told 5 On Your Side he and his wife feared for their safety, and through their attorney emphasized they support the Black Lives Matter movement - although this protest was more about Mayor Lyda Krewson.

McCloskey said the guns were a response, not a provocation.

"The only thing that stopped the crowd from approaching the house was when I had that rifle," he said.

"One would say in that situation if threatened go inside, lock your doors, and call the police," Noonan argued.

As the Post-Dispatch first reported, the court documents show the McCloskeys are also in a lawsuit with their neighborhood association over where their property ends.

According to the suit, they've pulled a gun on a neighbor for walking on what they said was their property.

Noonan says none of the neighbors who signed the letter are involved in that lawsuit.